February 2020 editorial: What happened to the bad language?

Is another surreptitious censorship campaign underway? 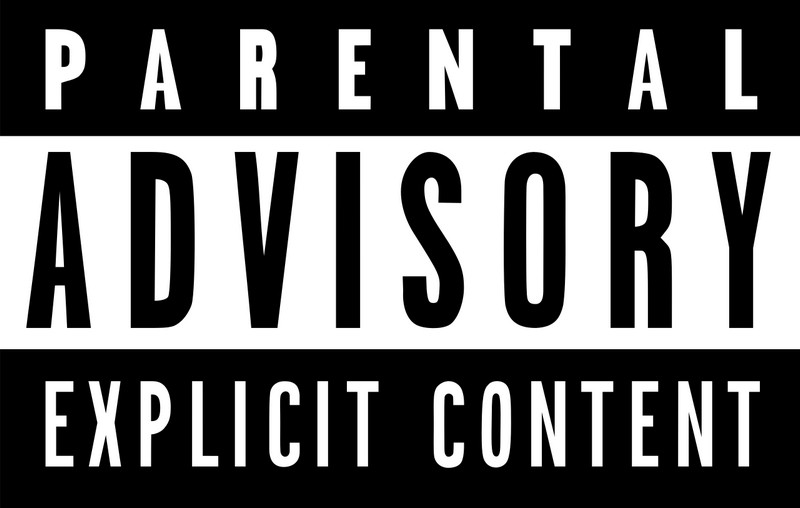 I've recently been using Amazon Prime Music in my car using my phone to replace the CDs I would usually use if the car was equipped with a player - something that's becoming rarer all the time - (you could of course use other providers - this isn't a plug for anyone before anyone complains) and it allowed me to rediscover Spearhead's "Home" from 1994. This album is Michael Franti's next project after The Disposable Heros of Hiphopresy and continues with some social/political agenda whilst bringing acoustic instruments and some superb female backing singers into the mix. My brother had an original vinyl copy and I thought I needed the record in my collection. Which left me 2 options:


The first was out due to geographical reasons (we don't live in the same country) and the fact his record is in more pieces than when it left the factory so the second option was going to have to do. I was feeling lazy and the chances of finding 1994 American Hip Hop in Toulouse were pretty slim so I fired up Amazon. On there I found the Music on Vinyl release which I could have delivered to my office the next day. So I pulled the trigger and lo and behold it turned up. One quick inspection later I gave it a clean to get rid of the mould release agent and onto the turntable it went.

Before we go any further I'll point out that on Amazon Music there is some editing of bad language on this particular record. We're not talking anything excessively offensive or that would incite violence or hatred. Just the odd swearword and some drug related lyrics. Whilst I don't approve of this I can understand what I thought was Amazon's policy. After all there is little to stop kids finding pretty much anything (even Celine Dion is on there) on the platform so even if I think it's up to parents to moderate what their kids listen to the best of their ability I can understand (even if I don't approve) such a policy

What really surprised me is that the same edits are also on the Vinyl version. Which (as far as I can see) means Music on Vinyl has been given a doctored master tape by the record label for them to press from. (they've done a great job with what they've been given by the way )

Which raises the following questions:

1) Is the artist aware of this practice?

2) Who deems that the artist should be censored and on what grounds?

3) Why is there no indication on the album that this is not the original version?

This sort of reminds my of the classic PMRC (Parent Musical Resource Center) Parental advisory labels case but taken to extremes where rather than labeling the record to inform potential consumers of the nature of what they're buying  (as campaigned for by the PMRC in the 80s and 90s) they just plain and simple remove anything they don't like willy nilly and tough luck to you if you wanted to hear the music as the artist intended.

I contacted Musiconvinyl.com for their take on this and here's their reply.


I also messaged Michael Franti and Spearhead via Facebook but they were on tour at the time and I didn't get any further than a polite "thanks for the message" message. So no luck there for the time beingthe but I'll keep trying.

On further listening of Amazon music it appears the censorship is not down to them. A quick listen to Eminem or Steel Panther or even St Vincent quickly shows they aren't censoring. So is it the record company and if it is why? in any case I think we should be told.

I don't have any answers but I think this deserves looking into and as a result here's where I'd like some help from our readership. Before I go off on some crusade to get to the bottom of this I'd love to know if anyone else has had similar experiences.

So.....do you have records or CDs with words missing or replaced? Does this irritate you? Let us know including the details of the album and which release it is (original, remaster, audiophile edition etc). To quote a certain group of 80s paranormal investigators renowned for carrying unlicensed nuclear reactors on their backs:

We're ready to believe you!