Are you ready for three-way stereo? 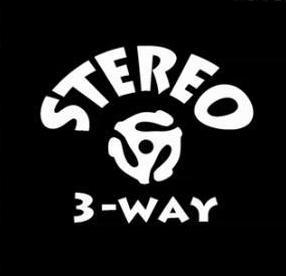 Do you remember the early days of stereo recordings? It used to be quite common to record certain instrument on one channel (and other instruments only on the other channel) , in order to make the recording a totally new experience, very different from old, boring, mono albums. Even some Beatles albums were recorded this way. Soon people and sound engineers realized there was something so unnatural in this "new experience" that this way of recording in stereo was abandoned. Then, in an attempt to further astonish, came those ugly ping pong stereo effects, with sounds bouncing from left to right in a hilarious way. Thanks God those days are over. The headaches were so annoying.

A good stereo recording should mimic the audio reality, just as if you were in front of the actual musical event. Left and right channels, each with some smaller sample of the other, helping to build a 3D soundstage right in front of the listener. This is what audiophiles call 3D image and soundstage. Several efforts have been made to improve stereo performance and illusion. Just to name a legendary pioneer, Paul W. Klipsch who experimented with the use of a third speaker, placed in between the two stereo speakers. He published his findings in the famous article titled Regarding a -Derived Third Stereo Channel in the Journal of The Audio Engineering Society (JAES, Volume 11 Issue 3 p. 282) in July 1963. This was why he designed and originally introduced the Heresy model in 1957. Then came quadraphonic recordings and few years later everything reverted to simple stereo. Until now!

NightBus, a US-UK based dance-pop band seems to have something new to offer. Their single, "When the Night Time Comes", released by S-Curve Records, is recorded with a brand new technique called three-way stereo. This song has been recorded differently on each channel: on the right channel there's a midtempo guitar version with male vocals while on the left channel there's an electronic dance track with female vocals. When listened together, they create a third version that sounds like a completely new song. Well, more or less.

The idea was inspired by the teenage daughter of S-Curve's founder, Steve Greenberg, whose complaint was that some songs sounded bad when she and a friend listened to them while sharing a set of headphones. You might have seen many teenagers listening this way :-(

Will this fancy recording technique catch on? Frankly, I'm a skeptic! It does sound like an interesting experiment nevertheless. You can decide by yourself by simply listening to the song in the video below, with or without earphones. Since this is a Vevo video, its emdebbing might be forbidden here. If that's the case, just view the video directly on YouTube.

Frankly, when the Night time comes I still prefer this one (watch on YouTube is the embedding doesn't work):