Five years ago I wrote a polemic about the record industry and the future of recorded music. It was deliberately designed to be controversial and provoke - and I got a fair bit of flack over it (was I really that hard on poor George Michael?).

Now is of course the time for me to be unbearably smug, and wallow in the knowledge that so much of it came true. But I really missed one major trick.

My thought was that CD's and mp3's would be given out for free as promotion for live bands. What I didn't foresee is that the YouTube generation would seize the opportunity so absolutely (I'd never heard of YouTube in 2003!), and that short video pieces would become the primary 'underground' publicity medium.

All you 'switched on' types out there are no doubt sighing at how slow I've been, so this is for those like me who still play discs of one sort or another.

So how did I get dragged into this? A friend of mine just emailed a link of some guy playing the guitar - http://fr.youtube.com/watch?v=Ddn4MGaS3N4. I had a look and was bowled over by it and of course sent the link to a couple of friends, such in the nature of internet fame:-) But then I looked again and there was a link to the record company www.candyrat.com - and of course off I went (like you do) and was presented with a slick but very simple to use site that offered me downloads of Andy McKee's new album "Art of Motion" (amongst many others) and the possibility of having the CD sent to my door. As I still like 'things' I ordered a CD and a week later it arrived after its flight over the Atlantic. 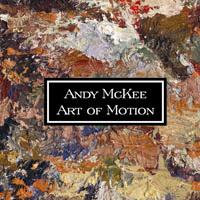 Now this isn't a record review so beyond the fact that the music was of a very high standard, the recording OK and the disc slightly warped I'll not mention that part of it.

But - we have a perfect chain. Word-of-mouth, instant gratification on a website, instant purchase of a disc and effortless delivery and all without a major label being involved. No male-model posing on MTV, no massive publicity budget, no broadsheet adverts or TV interviews. Just an ordinary looking guy sitting in his front room playing extraordinary guitar and probably filmed on a $200 camera by his mum... Then of course posting on YouTube cost nothing.

10 years ago this guy would NEVER have got onto MTV. Would never sell CD's and downloads over the world, would be playing in small folky clubs to folky people. This guy might never have made a record.

Go back and look at that link as I did, and just happened to notice the number of viewings. 15 Million! 15 Million people (OK so I count as 6 so far) have heard and seen Andy play. Not 15 million people happened to be watching MTV when some guy came on, but 15 million people actively taking the choice to click on that link to see something that they either knew was good or that someone had told them was good. And once they found that link how many went on to buy a CD or take a download? And as nothing has been spent on publicity, zero on distribution how much of each purchase gets to the artist? A lot more than some hopeful signed up to Sony I bet!

I find this absolutely stunning - suddenly my dreams have come true and been exceeded. Now talented people are getting heard and can sell regardless of whether they've had silicone implants or signed a 10 year contract to some multinational who can afford to spent a million on a video. Right now we are in the middle of the most exciting period of music ever. All forms of music are out there, fashions are obsolete where we don't need the momentum of something like 'punk' to get record companies to take a risk - if you want a 'new' punk it's out there, you can find it in seconds and anyone with a decent website can sell it to you, tell you when and where the band is playing live and off you go.

What we now have is a form of musical communism with the means of production/publicity/distribution finally in the hands of the workers. Long may it continue.