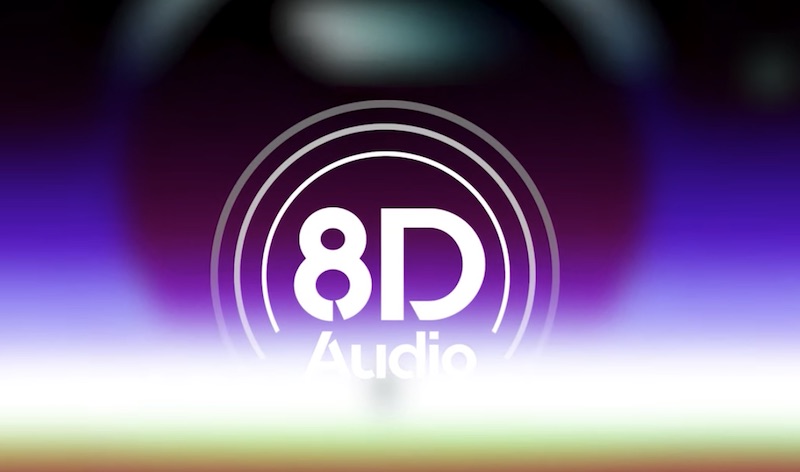 If you are an audiophile (you should be, considering you are here reading my rants) you might have received, via social media or WhatsApp, music files from friends who ask for your opinion about 8D Audio. “Listen bro, since you are an expert...”, you know how it goes. This happened to me, as well.

So what's the deal with this rage? 8D Audio music files promise to let you enjoy a completely new aural experience, when listening via headphones. The sound should come from every single point of the space surrounding your head and not, as it usually happens, from INSIDE of your head. Hence, the promise is that you can hear sounds at your left, at your right, in front of you and even behind you. You'll be literally surrounded!!!

Now, let me answer the three questions in the title (hype, nonsense, chance?). Certainly, the 8D Audio is hype, nowadays. Everyone's talking about it, sharing files and links, etc. In any case, it is not so “new” as we Jurassic audiophiles believe. Indeed, 8D Audio files appeared on the web almost two years ago and were already popular among teenagers. When asked about this “hype” my 18 year old daughter replied “You always arrive late, ol' daddy, as it's already old news :-)”. Actually, it is even “older” news. This technology dates back to the Seventies, as it is based on Ambisonics, a technology developed to overtake the limits of pure stereophonic sound. Then add binaural recording techniques, and all the kinds of surround sound processing, be it real or simulated/virtual. Hence, nothing's really new under the Sun. Increased computing power (and lower computing costs) made the trick.

What you will hear, if you use earphones (even those of your smartphone will suffice) is a sound that moves in the space surrounding your head. Left, right, back and forth. Mostly, it is a ping-pong effect between left and right, like in those early stereophonic spectacular recordings of the past. Hence, it works quite well, the promise is maintained! No fake news. For those who are familiar with live music or traditional stereophonic listening, the final effect is annoying, to say the least, since it is completely unnatural. It is hard to bear it for more than a couple of minutes. For this reason many HiFi experts have already stated it is pure nonsense. Listening to Stairway to Heaven or Vivaldi's Quattro Stagioni with instruments that move around you incessantly is ear and brain fatiguing. And if you close your eyes you might even experience head dizziness.

Why is it called 8D Audio? This is nonsense. Yes! We just have 3 spatial dimensions, add time to get four, if you're an Einstein fan :-)
Eight spatial dimensions are meaningless. You will find even 12D Audio files. There's no limit to nonsense, you know.

Now, let me answer the third question: could be this technique a chance for HiFi? Of course yes! If it is possible to avoid all the annoying effects and get a focused and stable soundstage outside your head, exactly in front of you, that would be the heaven on Earth for audiophiles who love headphones! I do not know if this is possible, but I bet it is. Of course, you will still lack physical impact, but for that you need big loudspeakers throwing air at you :-)

Another application of this technology could be live events (and there have already been such live performances) and multimedia expositions, where virtual reality gets improved and augmented by sound effects, other than visual ones.

Summarizing, let's try to avoid the classical audiophile cliché, according to which everything new is bad: transistors are worse than tubes, CD is worse than vinyl, streaming is worse than CD, Class D is worse than traditional amplification technology and so on, there are so many examples...!
If there's a way to improve headphones listening we should be more than happy, right? As it is now, 8D Audio is annoying, and as my daughter said: “Do you really think I could listen music that way???”. She's a natural born audiophile!