Trust your ears only! Or not? - Part II 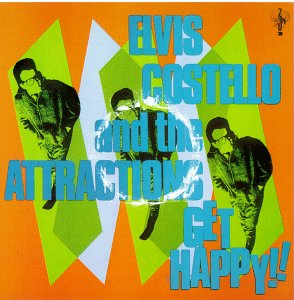 I hope you have read the Part I of this editorial, titled "Trust your ears only!". It was related to discussing how much our brain can be fooled by our ears/HiFi system.
Low and behold, there's a question I hear still ringing in my ears: "How do you know how is the REAL event?" I mean, it is easy to have direct experience with live non-electrified Music. Just listen to a friend playing a guitar at home or to an orchestra in concert hall. When it comes to human voices or Pop/Rock Music things become more and more complicated. How do we know the REAL tonal balance of our favourite pop/rock singer's voice? After all, we can just listen to him via our recordings or live concerts. In both cases, his voice passes through a microphone (not always of the audiophile kind!), through a mic preamp, mixer, echoes and digital tape recorder (or hard disk). What we hear is the final result of the manipulations introduced by a kind of "HiFi system", hence it can be tought as a deformation/distortion of the real thing. We need a "reality check".

I'm not exactly an Elvis Costello fan but I do appreciate his talent and most of his records, especially the early days ones such as "Get Happy!" and "Imperial Bedroom", two evergreen pop Music masterpieces, in my humble opinion.
Last month I had the chance to attend to his live show in a big concert hall in Cagliari (the new Teatro Civico). The live show was minimalist, just Elvis, his guitar and a piano.
If you're familiar with Costello's voice from his records you should know it is quite nasal and sometimes harsh in the upper registers. Moreover, his records don't help much, as the quality of the production (at least, the ones I own) isn't exactly top-notch. Not of the audiophile kind, if I may. Certainly Joe Jackson, just to cite a well-known counter-example, was much more maniacal with the quality of his records (Body and Soul, Night and Day, Night Music etc are true "audiophile" masterpieces). Costello's "Get Happy" (see cover) LP was unusually long (more than 30 tracks!) so grooves were extremely narrow. This means reduced dynamics and bandwidth, not to mention difficult tracking especially those damn inner grooves.

During all these years I have been thinking much of that nasality and harshness was due to mediocre recordings and to the HiFi systems I was used to [perhaps too "revealing" and detailed].
Luckily, at the end of the live show, Elvis Costello decided to sing a couple of songs far from the microphone, just voice and piano, completely LIVE and REALLY unplugged. His voice going straight to my ears, theatre walls reflections aside. And, guess what?, his "real" voice sounded exactly like in his records! What a relieve! I was thinking to invest a small fortune upgrading my main system :-) [just kidding].

In the end, I learnt another useful and enlightening lesson: it is true that our records and our systems tend to lie, in a way or another, but _sometimes_ they tell the truth. The bottom line is: attend as many live shows as you can, possibly try to listen to the real sound, the one that comes out from a singer's throat or from a musical instrument, without the "colouration" introduced by microphones, amplifiers and speakers. This will give you much more parameters to evaluate the performance of your HiFi system. The closer to reality it gets, the better it is.