Well, it may sound like the beginning of an end...physical media sales are going down the drain, Compact Disc sales are scarce and only vinyl sales seem to have a strictly positive first derivative :-)
Now Linn Audio, the world-renowned Glasgow-based HiFi firm, maker of some of the finest and most acclaimed CD players of the last decades (Karik/Numerik and then CD12), decide to stop CDP production for 2010. A short article - dated 11/19/2009 - on the BBC News Channel refers that Linn Audio is going to stop designing and making CD players because of the ever increasing interest versus digital streaming music servers, like their DS line. It seems DS music servers sales overtake physical media players significantly so there's no reason to invest in further devepolpment of CD players. With the phrase "CD players no longer belong in the specialist domain" Gilad Tiefenbrun - Ivor's son, now new managing director at Linn - freezed the enthusiasm of Linn aficionados who were waiting for new, exciting physical media players. It seems they should turn their attention elsewhere!
Linn will continue to support existing players (tech support, spares etc.) but there's little hope (no hope, indeed) to see new CD players in 2010 coming out of the Linn plants in Glasgow.
Well, it is true that this is not the first time Linn comes out with such bold claims...I can still remember they sweared they would never make a CD player...and ten years later they were selling the Karik/Numerik transport/DAC combo! And 18 years later they were releasing one of the best CD players ever made, the CD12!
Anyway, I see no reason why the folks at Linn would need to change their mind...CD sales are dropping, SACD has gone nowhere and so did DVD-Audio. Only digital downloads (and vinyl) are showing some positive rate of growth. So it shouldn't come as a surprise the fact Linn will continue to make (and develop!) their flagship turntable, the legendary LP12, and all its accessories. 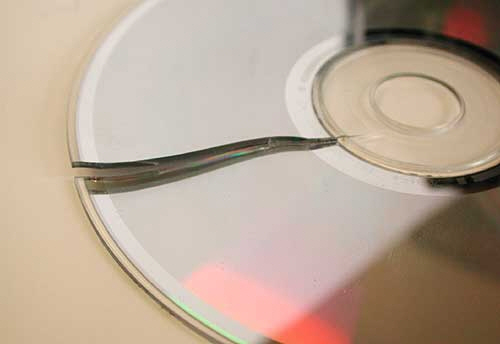 This fact confirms what we have been writing for years: the future of Music sales is liquid (digital download of studio master files for hi-quality and MP3s for the masses) while physical media lovers will be content enough with high quality pressings on vinyl. While this is a clear trend if one considers software sales, this decision by Linn seems to be the first, strong step towards the abandon of the CD format from the hardware point of view.
Let me confess I'm not 100% saddened by this trend since it implies CD prices will go down quickly. Indeed, it is not difficult to find new CD releases (say, after a year or so) for less than 10 €, sometimes even as low as 5 €! For us obsessed Music lovers (before being audiophiles) this is really good news! For this reason I do hope CD agony to be extremely slow...


I can still remember that Perfect sound forever bold claim of the Eighties and - reading it today - it appears sillier than ever. Back in the '80s we knew the CD had faults, it was far from being perfect and it sounded worse than good vinyl played on good turntables. During the 90's compact discs were starting to deliver pretty good sound until the loudness war made them sound horrible once again. CD possessed an extremely high coolness factor during its early days but after 10 years it was clear it was doomed to an end. The unstoppable and quick progress of storage media like DVD-R's, flash cards, SD's etc made it look obsolete like a floppy-disk. Who's going to use floppy disks nowadays? Where's the CD coolness factor today?
On the other side, vynil didn't possess a real coolness factor. It was old during its early days, it looks old nowadays. And this is the key for its success...it will never look really obsolete! It belongs to a league of its own.
Few days ago I was at an electronic parts store to search for a component part and two - dare I say it? - old women were waiting exactly behind me, in the queque. One was looking for a phone-less answering machine while the other needed "a device to play those old records...". Her friend immediately corrected her saying ""they are called vinyls, because that's the stuff they're made of! Call them vinyls, otherwise the guy of the store would never understand!" They had something like 150 years in two. Simply amazing. I wish I had a micro-camcorder to capture the scene and put it on YouTube! What a fantastic testimonial for vinyl!!!

Summarizing, let me confess that - though not being deeply saddened by the news, something inside me makes me force to think at the poor old CD: once shiny and cool as it could be, now neglected and forgotten. I can hear it playing and singing... Goodbye, cruel world, goodbye...