"The room is the most important, so amplifiers don't matter" or "It's all about the speakers, you can't hear the difference between CD players". How often have you heard people say things like that? It seems there are a lot of people convinced that once something is limiting the performance of your system, there's no point in optimising other factors. So, if you do not have an optimal sounding room, and most of us don't, then investing in a really good audio system is useless. Or if you do not have the best loudspeakers in the world, then trying to improve your CD player or amplifier is pointless. I do not agree with these statements.

The belief that there's only one single factor that limits the performance of your entire system is widespread, and I'll call it 'bottleneck thinking'. It is a valid way of looking at certain things, but sadly doesn't apply to audio. In biology, for example, there's a concept of the 'limiting factor' for plant growth. This means that you can give a plant as much fertiliser or water as you like, if it is only getting a small amount of sunlight then this will limit growth and adjusting other factor will have no effect. This is because a plant needs water, nutrients and sunlight to grow, and these factors cannot be substituted for each other.

The situation in audio is different: we are not looking at a reaction that needs certain components, but at a chain. Every component in the chain has an effect, even if some have much more effect than others. A good friend of mine came up with an excellent analogy for this: imagine you are looking through a number of glass panes. Some panes are flat, clear and smooth, but others are coloured, scratched, uneven or dirty. Crucially, what you see will depend on the properties of all the panes together, and replacing any imperfect pane with another will have an effect on the final picture.

With this 'glass panes' analogy it is now easy to explain why almost anything can have an audible effect in hifi. There are countless ways in which the final result can be distorted, and many are virtually independent of each other. A scratched pane, for example, will always show up, even if the other ones are all coloured and warped. The only assumption here is that you have a reasonably good view through the combined glasses. Some panes can actually compensate for each other: a blue one and a red one, for example, or one that enlarges the picture and another one that makes it smaller. But in most cases each pane will deteriorate the picture a little bit, and the total view will be the sum of all these distortions. The trick is, obviously, to find the one that does the most harm and replace it with a better one.

In audio we can have colouration, distortion, compression, limited frequency extension, resolution, phase and timing problems etc. and all these will be more or less independent, just like glass that's coloured and glass that's scratched. 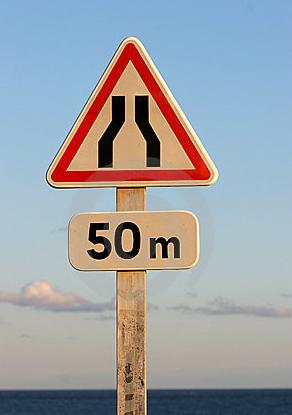 The main difference between this chain idea and bottleneck thinking is that it will now be entirely possible that even a small improvement can be heard, even if other components do much more harm. You will notice that crack in one pane, even if the whole picture is deep red. And if that small improvement happens to be cheap and easy to make, then it could be very worthwhile to do so, even if your neighbour tells you it can't make a difference because your front room isn't the Abbey Road studio.

There's also the 'unlocking potential' point of view, which seems to be a special case of the bottleneck vision. It states that upgrading one component can allow you to hear qualities in another component that were masked by the replaced component before. This view seems to suggest that components in the audio chain contribute something, instead of just reproducing the signal with minimal interference. In terms of the glass pane metaphor, it would be as if one of the panes was made out of beautiful stained glass, and improving another pane will allow you to see that stained glass better. That will obviously be the case, for sure, but most of us will want to hear the recording, not our preamp or tone arm. The exception might be when your system is very unbalanced, with one component much, much worse than the others. But that's bad system building to begin with, so we should not base our upgrade strategy on conclusions drawn from that.

Sometimes small improvements can actually make a big difference in the way your system delivers the musical message. Perfection often comes down to little details, in the end, so upgrades can have unexpected effects. But audiophiles can also have a tendency to focus on a few aspects of the reproduction, almost as if they've developed an allergy against certain flaws.
The hunt for the system that performs perfectly on that one parameter can then begin to dominate the listening experience, leading to systems that are optimised to only get one or two things right. But, systems like that will also push the listener in certain directions. Some systems simply do rock a lot better than jazz, for example, and it is no surprise that such a setup will make the owner play more rock music. The ideal system has no such preference and will invite, or even stimulate the user to explore all sorts of music. Sadly, such a system can sometimes sound a bit indifferent at first audition, simply because it will have no character of its own. Further listening, and moving beyond your standard test tracks, will sometimes lead to surprising results.

Obviously, the audio is a chain way of looking at things can easily get out of hand too, and it often does. The assumption that everything can affect the sound quality of your system does not mean that all changes are necessarily beneficial or even worthwhile. It is all too tempting to think you've made an improvement, even if the sound is not really better just a bit different, certainly if you've paid good money for the upgrade. The fact that a power cable has an audible effect doesn't necessarily justify spending a small fortune on it, for example.

Where the two visions meet, incorrectly as they are incompatible, there's the possibility for real obsessive behaviour. Imagine thinking that your loudspeakers have to be virtually perfect before you can upgrade your CD player, but then having to upgrade that to studio standards too once the speakers are sorted. If you want this hobby to be rewarding and keep your sanity at the same time then the trick is to identify the improvement that will give you the biggest step in sound quality for the least amount of money, and then be happy. Repeat every 6 month or so and enjoy your music in between.