Bookshelf loudspeakers: most wanted ever??? 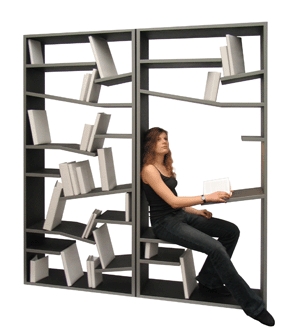 Once upon a time there were just loudspeakers. They used to be big, obtrusive, heavy and ugly as hell. They were so big it was impossible to place them on a different place than the floor, and nobody really cared whether the tweeter was exactly at the height of a seated listener's ear or not. Good old days, as nobody really cared about 3D imaging and virtual soundstage at all. Then AR (Acoustic Research) started to design and sell smaller boxes and, all of a sudden, the HiFi market changed radically. Audiophiles or, more precisely, music listeners, couldn't believe they were really going to place their speakers anywhere, possibly in a hidden place. WAF ruled even during the good 'ol days :-)
The bookshelf loudspeaker was born. It took almost a decade to realize that bookshelf loudspeakers sounded better if placed on speaker stands. Slowly, bookshelf loudspeakers became freestanding speakers, freestanders or standmounts.
The major benefit of bookshelf speakers vanished: audiophiles started to use speaker stands that costed more than the speakers themselves! The floor, once free from speakers, became the ideal place where to install bookshelf speakers. Funny as it may appear, the vast majority of bookshelf loudspeakers, nowadays, is placed on the floor (via expensive stands and, possibly, spikes). Am I alone feeling this is a pure nonsense? Once you have room enough for a speaker stand you have room enough for a small floorstanding loudspeaker!
What's worse is that nobody makes good bookshelf speakers anymore! They are called bookshelf speakers but they should be installed on stands for better performance. 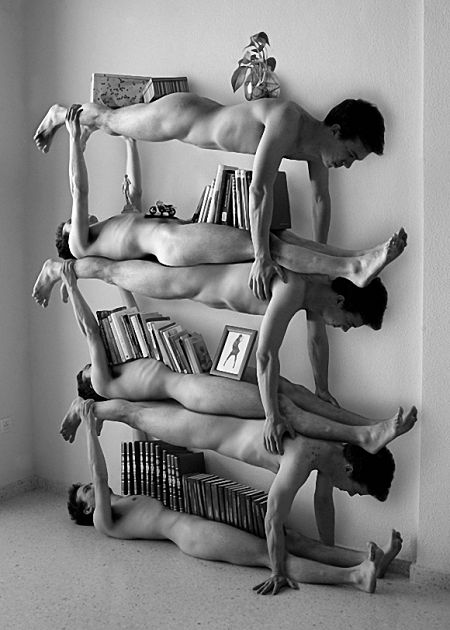 So, let's get back to the problems a bookshelf loudspeaker causes when installed where it should be, right inside a bookshelf.
First of all, the bookshelf itself, depending on its structure, tends to sound, excited by the loudspeaker vibrations. The higher the listening level, the worse the effect. This adds colourations and distortion. Moreover, a speaker placed close to the rear wall (as it happens on most bookshelves) gets a boost in the bass and mid-bass region while the midband becomes harsh and confused because of early reflections comimg for near walls and shelves.
Of course, all of these things destroy soundstage and virtual imaging. Finally the reflex port, if of the rear-firing kind, might limit the possibility to place the speaker very close to the rear wall.

I believe loudspeakers designers should start building REAL bookshelf loudspeakers again, as the market strongly needs these. Especially here in Europe the average size of flats or houses - hence rooms - is becoming smaller and smaller so it is compulsory to place the speakers on a bookshelf or on some other piece of furniture. The floor is quickly becoming off-limits. We receive dozens of letters of audiophiles who ask for real, good quality bookshelf loudspeakers. I think it's time to give 'em an answer. Real world speakers for real world audiophiles. C'mon, it shouldn't be all that difficult.
Since true perfection has to be imperfect, perhaps we should start...little by little: