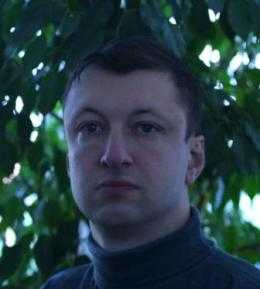 Born on February 4, 1965, in Milano, Italy, I grew up first in Milano, then in Garessio (Cuneo), Vaprio d'Adda (Milano) and Vimercate (Milano) until I got my MD degree at the Università di Milano, in 1991.
I served in the Italian Army as a private in Tarcento (Udine). Then, I moved to UCSF, San Francisco, California, as a post-doctoral fellow in the Neurosurgery Department, where I worked as a researcher. Since 1995, I live and work in Hannover, Germany, as a neurosurgeon.

High fidelity is one of my two hobbies, since the age of 15 (the other hobby is photography). At that time, I convinced my father to buy a new hi-fi equipment to replace an old gramophone, belonging to my grand father and responsible for the destruction of my father record collection (about 250 records). My first LP was, I believe, “Burattino senza fili” by Bennato. At that time, the set up included a Technics turntable, a Yamaha amplifier and two cheap AR boxes; cables were black and red. This equipment is still working at my father home, with the exception of the boxes, completely destroyed. They were replaced by Bose cubes, now used by my brother, and then by two B&W CDM1. The cables have been improved, but everything else has remained the same. I underline that I have always recommended such choices, but, personally, I would not have purchased such equipment.

Having moved to Germany, I decided to buy a set for myself: a Rotel amplifier, a Yamaha CDP and Dynaudio Concert boxes. This was my turning point. Fearing that my Dynaudio were not original (I had found no information, even contacting the manufacturer, who had suggested that the equipment was made by assembling copies of the original material), I randomly looked in Internet and happened to find TNTaudio. From this moment on, the ghosts of the past all came back. My hi-fi dreams could become true thanks also to my improved economic situation. I therefore assembled a simple HT set and dedicated myself to a 2-channel stereo.

Recently, Lucio Cadeddu (TNT-audio Editor) has asked me to start cooperating with TNT-Audio. I am not an electronics expert, I do not have professional technical know how. My relationship with music is the one of a listener, with a short activity as a trumpet player in the Band of Vimercate, Milano, Italy.

I have listened at all types of music, but my preference is for classical music from ancient times up to Romanticism (this excluded). The composers of my choice are Bach and Mozart, at the same level. I owe my interest for classical music to one of my old friends, who played organ and harpsichord, and insisted that I at least listened at classical music. I forced myself to listen at him playing piano for 2-3 hours for about 15 days (at that time I was 20 years old). After few days, I began to recognize styles and authors, periods and techniques; I learned to play trumpet (the instrument was given to me by my friend) and to read music (basic reading). My friend loved the music of a limited, well identified period, and I remained heavily influenced by his preference. Therefore, I cannot stand large orchestras and dislike Wagner music.

Nevertheless, I quite often listen at “light” music. I do not like hard music or techno and I just accept some rap. I love classical jazz (Ella Fitzgerald, Ellington, Gordon…), but I cannot stand cool jazz. I like Cuban and similar music, ethnic in general, pop and rock. My preferred band is the Beatles. I do not like to make comparisons, for me the Beatles are something unique in the history of music. I like MUSIC without label and without time, I love absolute music such as “Air on the fourth string” by J.S. Bach.

My italian-german set up is made as follows: