Born in 1968, and with degrees in micro-electronics and computer science, my daily business is digital chip design and aerospace project work, first for IMEC, then for a company we founded with a bunch of colleagues, FillFactory. But this isn't about work ...
Back in 1993 or so I wrote a letter to a local music magazine, highly criticising their approach to audio component reviewing. As a result I got hired by them. I quit when they 'forgot' to pay me. When sometime after that, finally, a new Belgian audio/video magazine saw the light, I spontaneously applied. Again, I got hired. I stayed with Audio Vision for two years or so, until I forcedly quit. I was probably too critical and too technical for what essentially was a very commercial magazine. At least they paid properly.
But by then I was already writing for TNT ...

In an ideal world a review would give the answer to the question "How would component Q sound, in my system, my room, with my music, and as perceived by myself?" Obviously, this is totally impossible.

A more institutionalised approach to real-world reviewing would employ a number of reviewers, all with totally different systems, and trained to describe what they hear in the same language.

While not impossible, this is totally impractical. Hifi magazines are not funded like research institutes.

Reviews, as they happen to be, and including those on TNT, are dangerous. Especially so when not considered in the right context. A review can never be more than a snapshot of a component in a certain system - a sympathetic one or a hostile one - with specific software, listened to by someone with individual tastes, and then written down in a specific, individual style. In short, a review never tells the whole truth. At its best it can hint at what the truth might be like, and at its worst, it is just a big lie, disguised as Truth.

So please read reviews for what they are.

I try to approach a component under test with as little bias as is possible. No. That's a lie. Most of the time my initial bias is positive, as I only select gear that triggers my interest, that I expect to be good. And when something then lives up to that expectation, then reviewing is a grateful job, yes. But when a component unexpectedly fails to deliver, then it becomes a long and painful job, even for TNT.

But as a result of TNT being different, it has to be read differently. I think I can speak for all of my colleagues when stating that we try to represent the part of the truth, as seen through our own enviroment, as honest as possible, without gilding every word. But that also brings the responsibility of informing you about our environments. Something that's missing in many a more commercial magazine. Therefore this revised bio page.

So far the reader, now the manufacturer. Some understand TNT, and we have an excellent relation with them. But there are others who after an honest review, one that doesn't fulminate in "a thousand golden stars, Ueber-top-spitzenklasse" can't deal with the verdict, don't understand its limited scope, and share that with all in the most aggressive way. Apparently they fail to comprehend TNT's philosophy. Maybe they would fail to serve their true customers too, in the end. The fact remains that TNT isn't by default a cheap marketing tool for a manufacturer: a product must perform, and even then the reviews tend to be down-to-earth. This only reflects the simple fact of economics that not every product in existence can be a giant-killer.

The habits and the music

I like my music dynamic, loud, silent, open, warm, neutral, detailed, wide, and deep, as much as anyone else. But systems have limits, be it financial limits, or limits and signatures simply being there because a system grows over many years, and acquires a certain individuality, diverges from the dynamic-to-deep list, reflecting constraints and priorities.

So mine sounds relaxed, fairly detailed, and natural, and this at the cost of also being a bit shut-in and challenged in the dynamics (or call it contrast) and loudness departments. Stereo can be wonderful, but often also is not: we have a small appartment, and the system is in a cluttered living room. Maybe the future will be brighter, maybe not.

I like good rock played loudly, but due to above limits this doesn't happen that often. I like bassooning organs, but again ... So my diet majors now on smaller-scale music: folk-rock, small ensembles, ... perhaps with a future development in the direction of jazz: there still is a lot of golden music from the 50s, 60s, and 70s waiting to be discovered by me.

I can't stand brightness, harshness, or a forward, fatigueing sound. Not even when this buys realistic dynamics. I also dislike a flat, almost-mono image. There must be dimensionality, layering, perspective.

So, knowing my priorities this finally leads us to ... 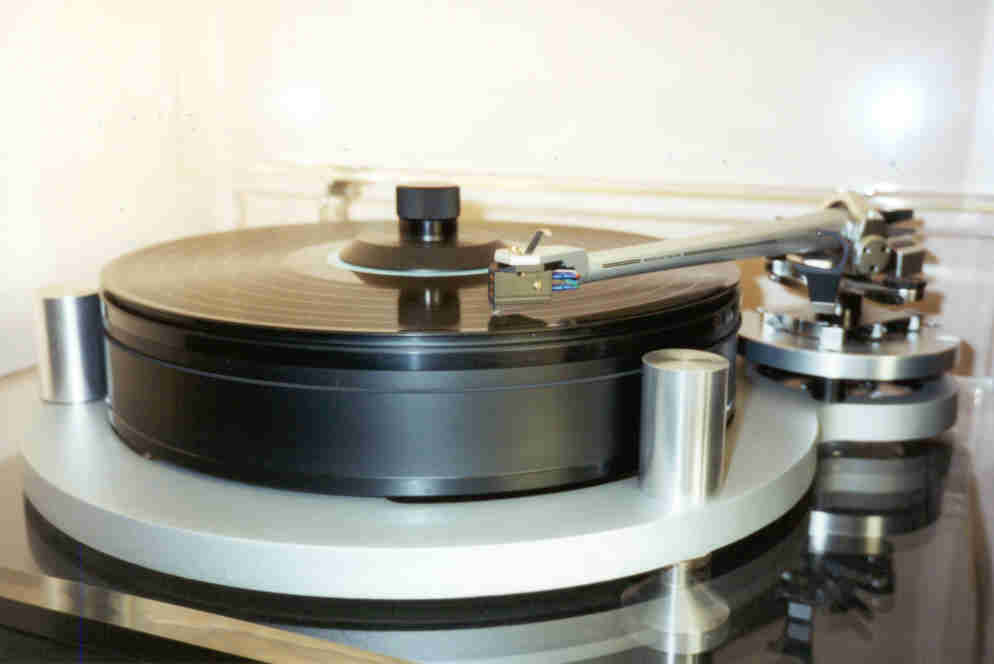 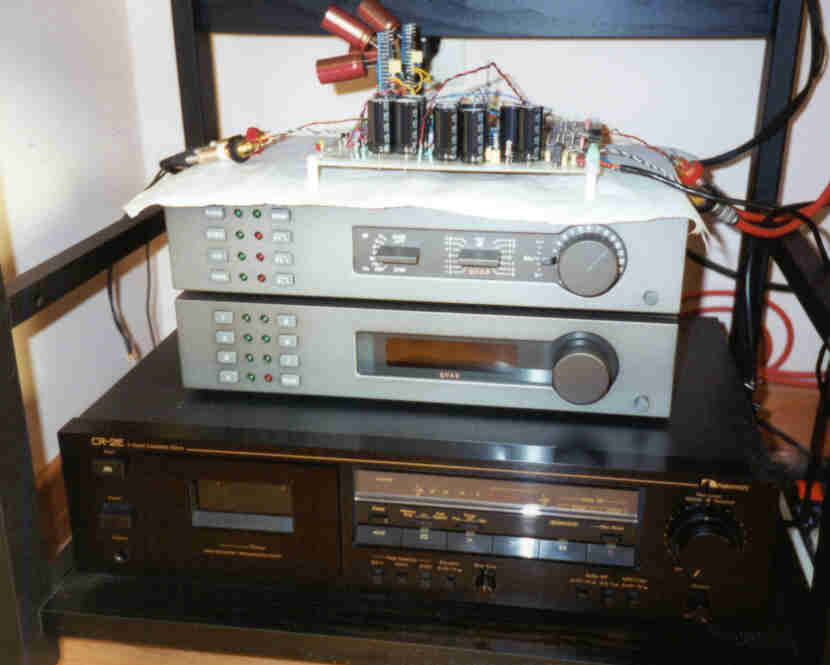 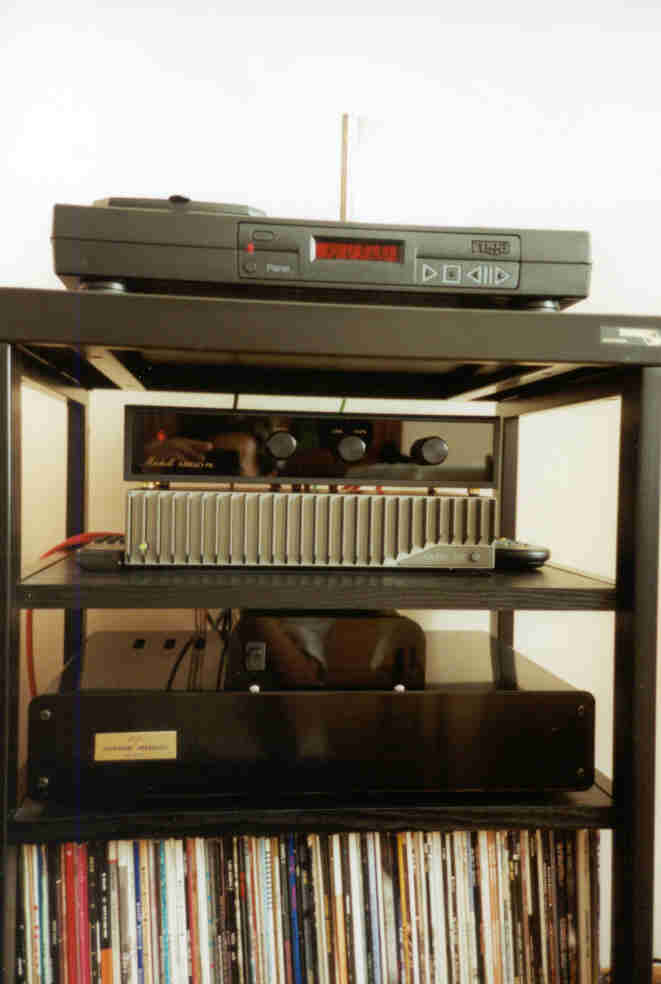 Oh, and in my wife, Christa, I have a decent pair of second-opinion ears, often, all too often, devastating my ego when passing judgement on my own, and others', designs.

What more is there to tell? Of all the contributors to TNT, I have met two so far. First Rodney Gold, in South-Africa, who is not a real TNT'er but who on my invitation reviewed the Z-Systems digital preamp/equalizer. We also spent two days with Geoff and his family, in France. Apart from cycling, eating, and talking, there was a lot of listening. Back then Geoff played with the Orbe/SME/Dynavector DV-1 into the Audions or the Gaincard, with IPL and Cabasse Sloop speakers. Although this system is optimised for sheer excitement and dynamics (you should hear what those SETs can do on the 87dB IPLs!), width and depth were huge too, on good (~1960!) recordings. With the IPLs tonality was sweet and friendly, with the Cabasses a bit too forward for my tastes.

I'm not without them, so you should know. Many years ago, after I got my second-hand GyroDec, I made an unofficial Michell Engineering website. Shortly after that I met John Michell and Graham Fowler (Trichord), and as a result I made the official website, which went online in June 1999.
I also know the Belgian distributor very well, which gives me the opportunity to use Michell gear for reviewing whenever my own things fall short. Very useful, and ultimately to your advantage.
Of course I can't review Michell components and their direct competitors myself, although I sinned against this rule with the Orca: I wanted to have the world-scoop for TNT, and so I simply did it.

If you're interested in more, I have an insanely-large homepage devoted to quality audio, named Visions in Audio.