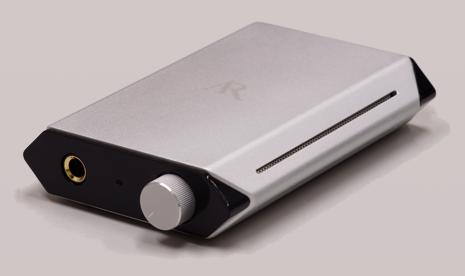 Can't get you out of my head

Acoustic Research is a brand with a long pedigree. It was founded in 1952 to promote the founders' innovations in loudspeaker design, chief of which was the acoustic suspension loudspeaker. Best known for its AR-3 speaker, a staple of 1960's hi-fi and studio use, its turntables were also highly regarded and those from the 1980s can still perform well today.

The old Acoustic Research brand was bought in 2003 by Voxx International, an American firm that also owns the Klipsch, and RCA brands. It appears to have expanded into home entertainment but is now trying to re-establish its credibility as a hi-fi brand with a range of components designed to appeal to audiophiles, especially mobile ones. It started last year with the E1, a premium portable player. A very similar design – but without the player – forms the UA1 DAC and headphone amplifier.

The UA1 was launched in March this year and TNT managed to get hold of a review sample although we were only able to keep it for a couple of weeks. This is rather less time than we normally like so the review contains more first impressions than usual. Nevertheless, I did have time to put it through its paces and get a pretty good idea of its qualities. 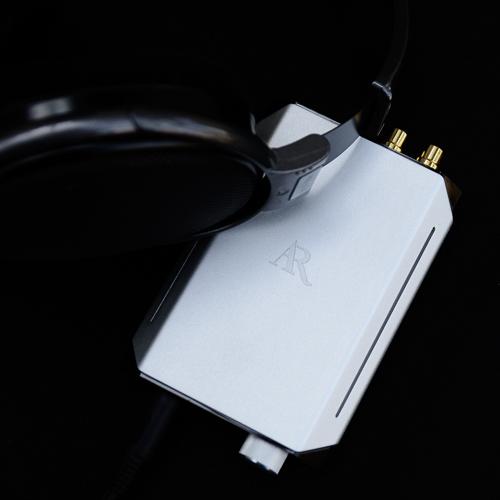 The first impression is one of style, and tons of it. The packaging is stylish black card and foam with the software CD and cables neatly tucked away. Lifting out the UA1 itself, it feels like it's been carved out of a block of metal. It's not unduly heavy as it's not very big, but it's not easily pocketable either. But the weight gives a feeling of confidence that it will endure the rigours of day to day use. The connections all seemed reasonable quality, RCAs are brass with copper coating, and worked well. It would sit tidily on a desktop and not be pulled around excessively by connecting cables.

The accompanying CD contains the drivers, which installed without incident, and a full licensed copy of JRiver Media Centre. The JRiver software itself retails for around $50 so it's a nice little sweetener. Of course you will need that or similar software to play DSD and higher bit rates and the Media Centre fits the bill very well.

Inputs and outputs are adequate for the unit's main purpose, but limited if considered as a stand-alone DAC (more of which below). There's one input only, which is USB. Output is catered for with a full size quarter inch headphone socket and a pair of phono outputs, plus an optical output for daisy chaining to other converters (though I sometimes wonder why you'd want to do that?). I'd have liked to see a coaxial input as I find the data stream from my laptop benefits from reclocking before it reaches the DAC and others may wish to use the UA1 as a headphone amplifier with existing CD players. USB is the only game in town here though.

The unit is USB powered so there's no need to keep it connected to a mains adapter or recharged. But it does mean keeping it connected to a computer, meaning it can't be used with portable players. Swings and roundabouts as they say. This is very much a laptop or desktop orientated design.

The key things to note from the manufacturer's website are the use of a, slightly unusual, Burr-Brown PCM1794a digital to analogue converter, a Texas Instrument TPA6120A2 headphone amplifier and two Burr Brown OPA2134 op amps (presumably one for each channel). Supported data formats are 44.1, 48,88.2, 96, 176.4, and 192 Khz (analogue output only at 192kHz). The specification says it will handle rates “higher than 192kHz” and DSD64/DSD128 but that it is “supported through high precision conversion in JRiver Media Centre”. What that actually means is that the UA1 will not play DSD or bit rates above 192kHz. The nature of the "support" is through conversion by the J River software of the DSD or other very high bit rate stream to PCM at a data rate it can cope with. Personally I've little use for these very high data rates and most have probably been PCM at some point anyway but we need to be clear that this is a maximum 192 kHz DAC. 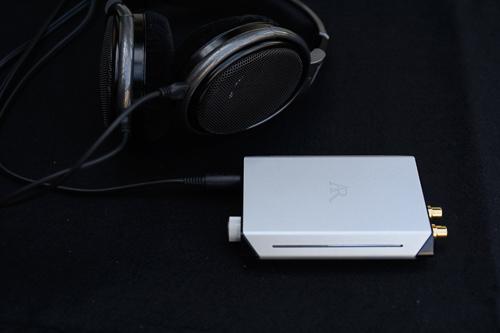 I hooked up my PC over USB to the UA1 and connected a pair of Sennheiser HD650 headphones. The headphones present a fairly heavy load to the amplifier and, some find, have something of a dark tonal balance. I also swapped around from time to time with my old favourite Sony MD-CDR1700s and newer AKG K550s. The UA1 did wonderfully, straight off the bat.

A good soundstage on headphones should display the instruments comfortably in and around your head, neither cluttered in the centre nor distant and peripheral. The UA1 presented a very comfortable image and natural tonal presentation. I played my way through my regular music and really enjoyed it. I'm a great fan of the late John Martyn's mid 1970s albums. The vibraphone and acoustic guitar of ‘One World' came across in full detail while the warm vocals relaxed into the mix. The tape hiss was all there but it seemed to help the analogue wash of the sound rather than being a distraction. I played a range of audiophile standards and the tone of the DAC became clear. It doesn't starkly expose the detail but it's all there if you listen deeper. It seemed to me to epitomise the idea of even-handedness. There was no harshness in the treble (even using less forgiving headphones) but the rhythm isn't compromised either. Bass goes deep but has plenty of detail.

I played several higher resolution albums. I thought I could detect a corresponding, albeit slight, increase in resolution. It never makes as much of a difference as I think it should. But I don't think has to do with the UA1 - it's a factor of the technology and our expectations. I like to listen to an 88kHz rendering of Dick Hyman's ‘Age of Swing' album to test equipment. Lots of piano, crisp percussion, double bass and a vast dynamic range as the brass swings into action. I was very impressed with the UA1's presentation. The overall sound in headphones wasn't dissimilar to my normal set up – which may be partly why I like it. My headphone listening recently has been of a USB feed to an Arcam rDAC via an old Musical Fidelity X-Can valve headphone amp. Although there are valves in the circuit it's not a soft presentation but it is comfortable to listen to for extended periods. The UA1 gave a presentation that is different in presentation but comparable in quality.

At a practical level, as a headphone amp, the UA1 worked well, subject to the obvious limitation that it's restricted to a USB source. There was no shortage of volume even into the Sennheisers. The nearest competitor that I've used recently was the Centrance HiFi-M8. From recollection, that had a bigger and more open sound, with significantly more extensive options and features, but at a cost of being twice as expensive and nearly twice the size (although in fairness to the Centrance that size is attributable to a substantial battery making it a more truly portable device) .

I wanted to hear how the UA1 would perform as a DAC in my main system. That normally consists of a laptop fed via a KingRex UC384 to a Marantz DAC then out through a Cambridge Audio 851A integrated and Usher BE718 stand-mounts. The first impression is that the delicacy of the presentation carries right across. It was immediately clear that it's very good DAC at the price point as well as being a capable headphone amplifier.

I ran a similar range of material for a couple of very pleasant hours. The soundstage was wide and deep extending well beyond the speakers. Bass went deep and there was no boominess. Vocals were less prominent than with the Marantz DAC, I think reflecting a less forward sound overall. I noticed that percussion continued to be presented well, accurately but without edginess. Complex and high resolution classical music seemed particularly well served. It delivered a kind of, third row back presentation. Not in there with the orchestra but not at the back of the hall either. A well balanced position. Higher energy rock music (my usual Satriani, Timmons, Vai rock guitar sounds) were marginally less well done as they benefit from a more forward sound. Personally, at the price, the UA1 wouldn't be my choice of stand-alone DAC, but it could suit some tastes and comes with the benefit of the headphone amplifier. View as a DAC in the 2-300UKP range, to allow for the value of the amplifier, it is very good indeed from a sound perspective if, for obvious reasons, lacking in features.

Taken in the round, this is a very nice package. It seems to me moderately priced, robust and it sounds great. It is limited in features however and this would need to be considered in the context of intended use. Its 192kHz limitation might concern some and the presentation of this in the specification is potentially confusing. But it does sound great. Although its great strength is as a headphone amp it certainly should not be relegated to the accessory category as it warrants consideration at the price as a DAC for a simple computer fed loudspeaker system.