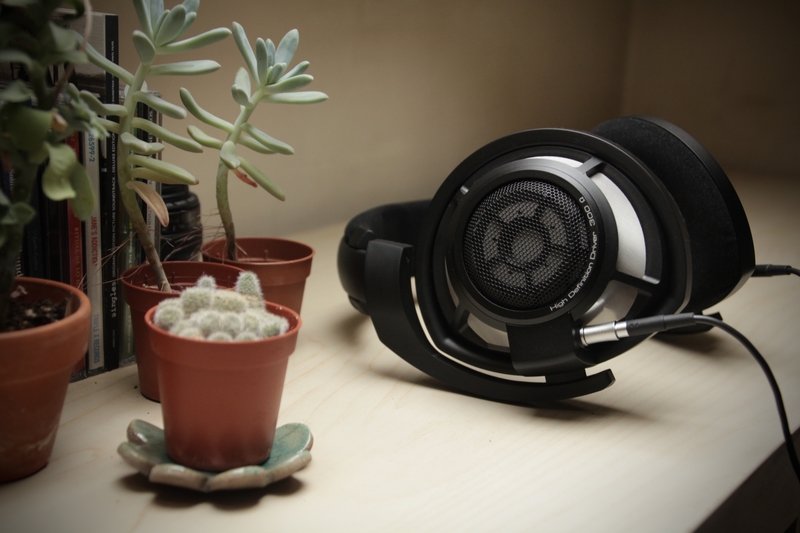 A few words of introduction

Sennheiser is a name that everyone who ever wanted to hear music through headphones must have heard of at some point in their life. With more than sixty years of history to back their reputation, they clearly know what they’re doing in this business and over time they have diversified their offer enough to include anything from entry-level earbuds to the HE-1, an electrostatic setup that will set you back € 50k. Here I’m going to focus on their HD 800 S, which represent their top-of-the-line dynamic headphones and the best Sennheisers you can currently buy (along with their closed back counterpart/evolution, the HD 820 S) without venturing into five figures.

The HD 800 S is the natural heir to one of Sennheiser’s milestone, the HD 800. When these came out, more than ten years ago, they not only redefined the level of detail one could expect from a set of dynamic phones, but almost single-handedly opened a whole market for hi-end headphones that is now densely populated. The HD 800 still retain their cult status these days, although they can be an acquired taste and not everyone will enjoy what is generally described as a very bright tuning they possess. This criticism clearly affected Sennheiser themselves to the point that they unleashed the HD 800 S to address it: that is, to tame that treble a bit and give them a tad more bass, pretty much following along the lines of what many DIY-ers had already done with the damping of their own HD 800 to try and improve on their perceived weak points. 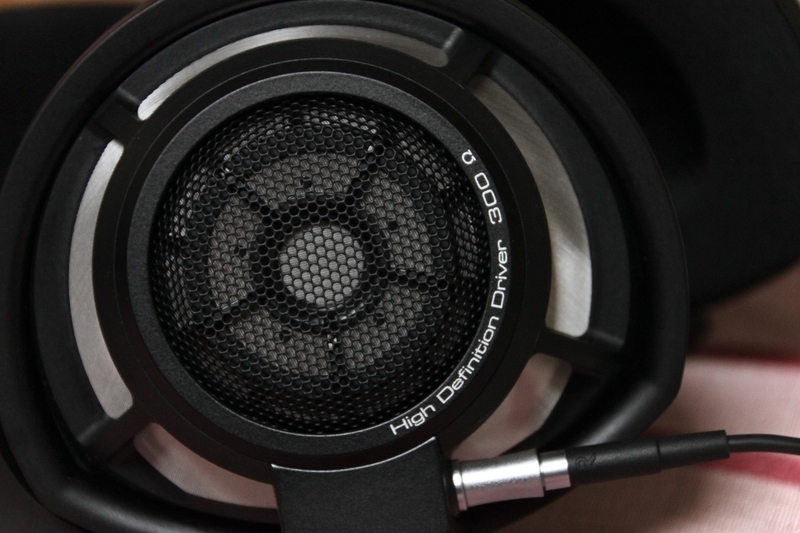 I never had the pleasure of trying a set of HD 800 myself, but I couldn’t resist the temptation of getting the HD 800 S when I found a chance of securing an ex-demo unit a short while ago. They have been on the market for a few years now: despite Sennheiser not having launched anything to surpass them or make them in any way obsolete (with the partial exception of the HD 820 S, which are closed back though), they come up on sale relatively often these days and even brand new ones can now be found for little more than a thousand euro (I believe they were in the € 1,5-2k bracket at launch). My experience with Sennheisers was previously limited to a glorious set of HD 540 II Reference (which hopefully I will also review in the near future), which didn’t impress me with any extreme technicalities but quickly became a household favorite due to their extreme comfort as well as what I could describe as natural and effortless sound. On paper, the HD 800 S could be expected to build on that sound and boost it with largely improved technical abilities, thanks to almost two decades worth of R&D in between them.

What do we have here?

Let us begin by saying that Sennheiser provides a very sober and understated unboxing experience for their HD 800 S: a huge and sturdy black box, strictly meant for static use (no lock, no handle), containing the headphones, an instruction manual, a USB stick, a soft cloth for cleaning purposes and two cables. Speaking of cables, one is terminated with a standard 6.35mm unbalanced plug, the other with a 4.4mm Pentaconn balanced: both are quite long and feel very premium and solid, while not being too stiff or prone to tangle. The connectors on the headphone sides are extremely sturdy, to the point that quite a bit of force needs to be exerted to unplug them: while doing that, one has to take care not to damage weaker parts, such as the grill mesh. Once you’re all set, the HD 800 S are extremely comfortable. The pads are definitely big, to the point that they do not sit over your ears as much as encompass them entirely, and then some. The extensive use of plastic has kept the weight much lower than most recent flagships from other brands, that easily hit the scale at 500gr or more: at 330gr, these are absolutely featherweight for the category. The downside, of course, is that you have to like their high-tech yet undeniably plasticky look and forget about the sumptuous leather, shining metal or more exotic materials that some competitors offer at this price point and above. The earcups are microfiber, which makes them comfortable to wear as well as reasonably cool: mind that they will hardly ever touch your ears, unless they’re truly gigantic. The pressure on the sides of the head is barely perceptible and well distributed. The headband is quite traditional and not overly padded, but that works well given the below-average weight. All in all, its space-age looks are the only extravagant feature here: everything else in build quality and materials speaks German functionality, including the reasonable prices for spare parts that should guarantee a long user experience even in case something goes wrong down the line. 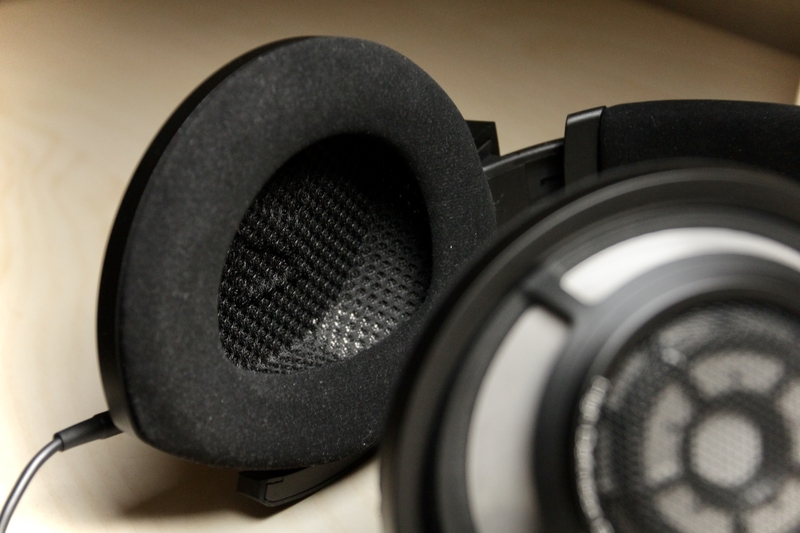 The reason for the cups, and phones in general, to be so oversized lies, of course, in the transducers themselves: these are 56mm dynamic, which is basically as big as it gets, rated at a quite significant 300 Ohm impedance (as proudly declared also on the outer side of the cups themselves) and set at a specific angle towards the ears in order to avoid unwanted resonance and increase the sense of spatiality of the music. This, combined with these being open-back headphones, leads me straight to one of the characteristics they are mostly known for, which is soundstage: the HD 800 S do indeed excel in giving the music enough room to breathe, despite the transducers obviously sitting just a few centimeters away from your inner ears. Binaural tracks can sound almost spooky on these, but to be honest I was more impressed by regular recordings: provided the microphone placement and editing were properly taken care of, you will hear sounds coming from their distinct locations in a 3D musical environment recreated around you. As a flip side, this will also emphasize such effects on less effectively mixed music, so that musicians might sound like they are standing way farther from each other than they realistically would.

The original HD 800 were widely criticized for their over-analytical character, which was a direct consequence of them being sparkling on trebles and thin on bass. Not having listened to them, I cannot comment on how much the HD 800 S improve on those points: they are still seriously detailed headphones, but to my ears they are not really lacking in the bass compartment. They won’t have your whole body shaking in unison with every thump or rumble, but you will hear those loud and clear nonetheless: having read many a review before purchasing my unit, and being used to headphones whose performance with bass frequencies is generally much better regarded, I was actually surprised to find myself entirely happy with how the HD 800 S render them.

Sennheiser and common sense leaves no doubt that these headphones should be enjoyed at home, possibly in the quietest room you can find: they leak lots of sound in and out, plus their plug of choice and impedance strongly suggest they shouldn't be used with a mobile phone or cheap Digital Audio Player. I first put them to test in unbalanced form, plugging them into my Auris HA-2SE tube amp, and they were an easy and excellent match: the HA-2SE lets you select the output resistance to better match the headphones you’re using and I found indeed the perfect balance on the 300 Ohm setting, although for some acoustic pieces I had good results bringing it up to even 600. Volume dial was never above 9-10 o’clock. I also tried the HD 800 S with my Fiio M11 Pro, using the 4.4mm cable this time: I was expecting the DAP to struggle, even in balanced mode, but all it took was setting the gain to high and the volume around 85-90 out of 120 to reach the listening levels I’m comfortable with. As usual with volume levels, YMMV: I am used to quieter levels, so take all of this with a pinch of salt. 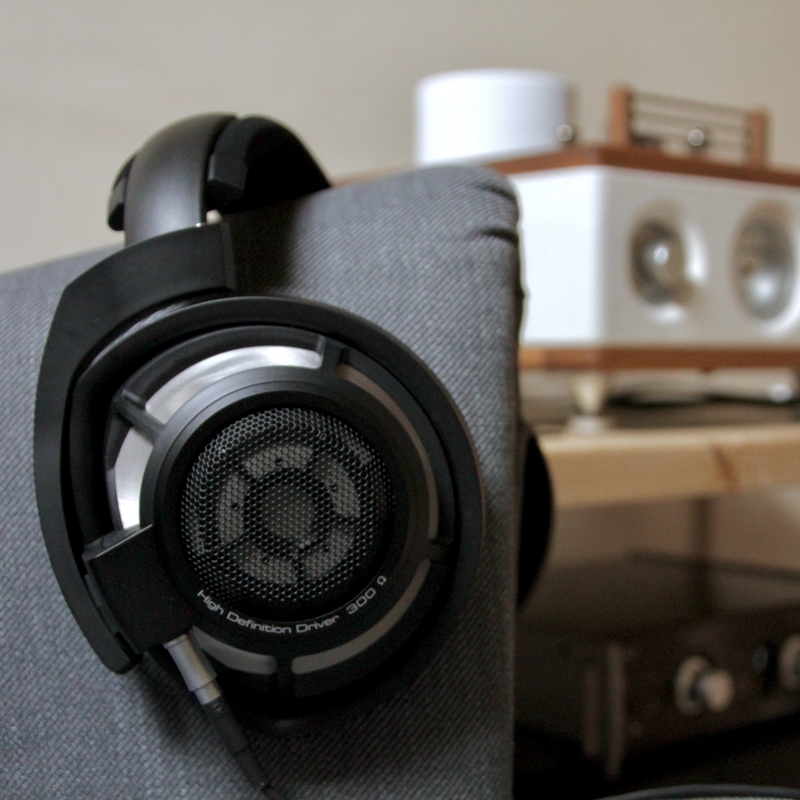 Time to sum it all up.

I seriously believe that you hear with your brain much more than with your ears, and I had read so extensively about the HD 800 S before purchasing them that I was convinced I would indeed end up hearing what many reviewers had set me up for: an excellent analytical headphone, slightly tamed from what the HD 800 was, but still on the brighter side, working well for some genres (classical, mostly), but rather uninspiring with others. Thankfully, this proved to be true in some regards, but not so much in others. To me, the HD 800 S is first and foremost a very capable and extremely comfortable headphone, and in a hi-end headphone market gone slightly insane, they represent great value for the money at 1k. They are good enough to be an all-rounder, unless you mostly or only gravitate towards bass-heavy genres (in which case you’ll probably be better off with a planar-magnetic); granted, an all-rounder strictly for home use. I enjoyed classical and orchestral pieces, that are reproduced with a lot of air and composure, but I found them at ease with progressive rock and electronic/lounge as well. Intimate acoustic pieces can sound awesome if well recorded and mixed, otherwise you might find them too cold and a bit dry.. but not due to a fault of the headphones. Nonetheless, I found the HD 800 S to be less unforgiving to low quality material than some reviews make them out to be; although, admittedly, I didn’t introduce any weak link in the source/amp chain.

What you get with the HD 800 S is a reference headphone leaning towards a spacious and detailed sound, one that builds on the success of its predecessor but has been tuned to satisfy a wider audience that is willing to forgo an ounce of detail retrieval in favor of a slightly toned-down treble and a more extended and enjoyable bass. The listener must decide whether the trade was worth it, but it’s hard to argue with the principle, especially since Sennheiser kept both models available on the lineup for a while before letting the HD 800 slide out of the catalogue: one is still given the choice anyway, since the HD 800 is not too hard to find on the second-hand market (sometimes from those same owners who decided to upgrade to the HD 800 S).

Sennheiser is sometimes accused of not updating their catalogue as often as some competitors and resting on its laurels, offering the occasional cosmetic makeover without real technical advancement, but here it’s hard to blame them when they have a winner in the stable that is still gaining them new satisfied customers years after its release. The HD 800 S can easily be an endgame unit for many a listener, and give all the others a serious yardstick for evaluating any possible upgrade.