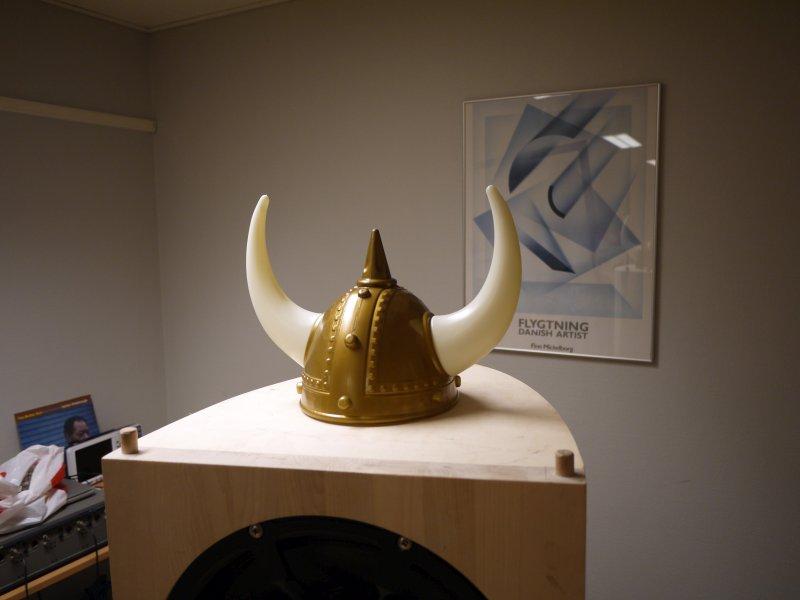 The European Triode Festival, or short ETF, has been in institution in the European Do-It-Yourself community, since 2000, that was the year it once started. This year, the ETF was back again in Denmark, after last three years in Berlin. Accomodation was a holiday resort, so more than 120 people took the chance to get in.

This is what the ETFs are all about: social contacts and exchange of ideas. Yeah! 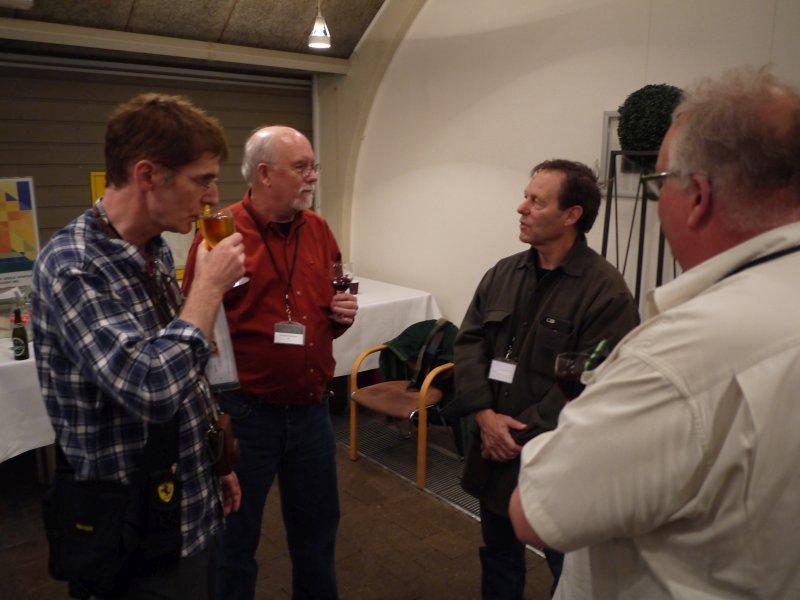 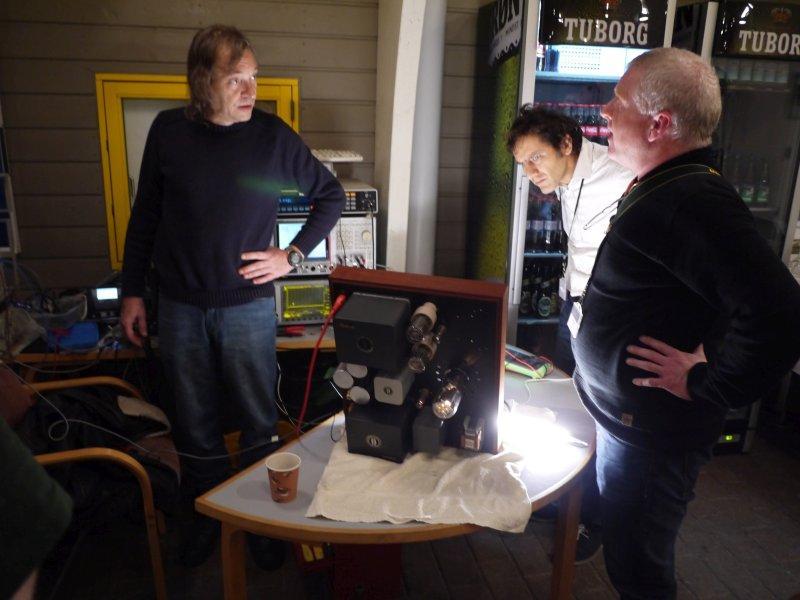 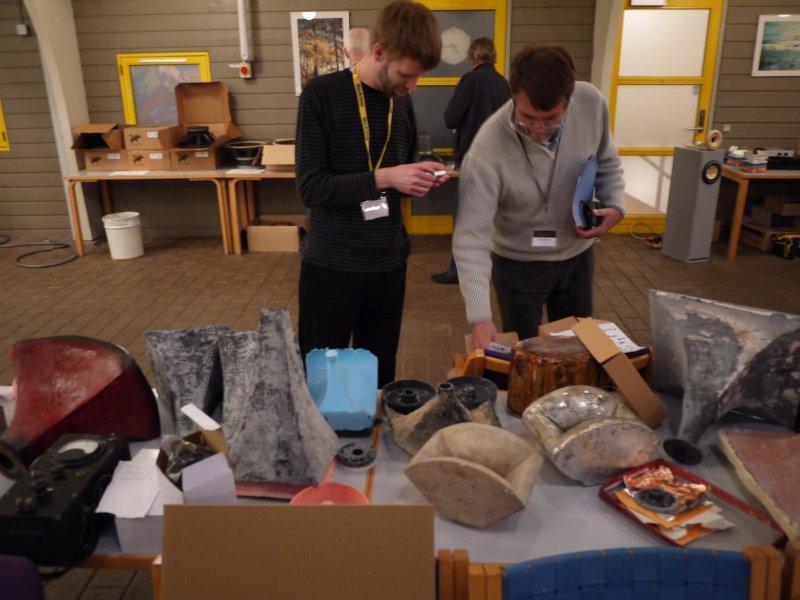 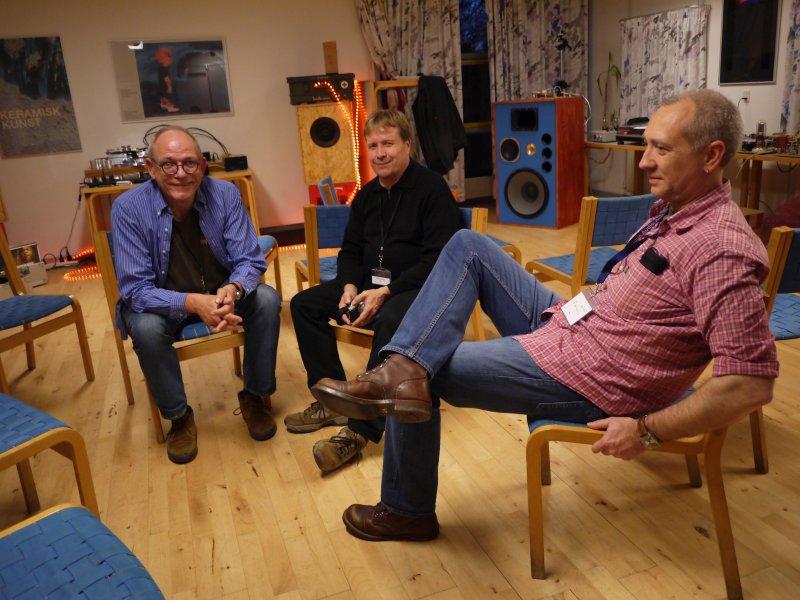 Following a long tradition, there must be shootout at an ETF. This year power supplies for a tube line stage are tested against each other. 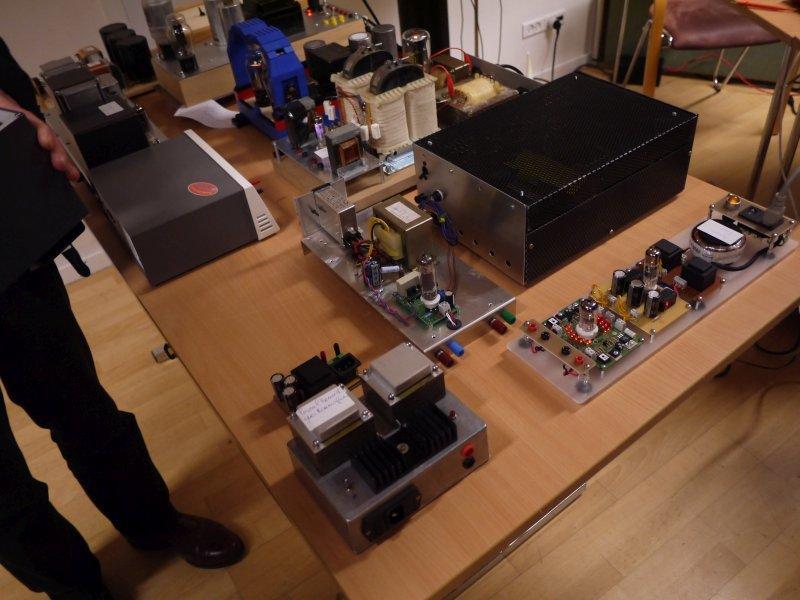 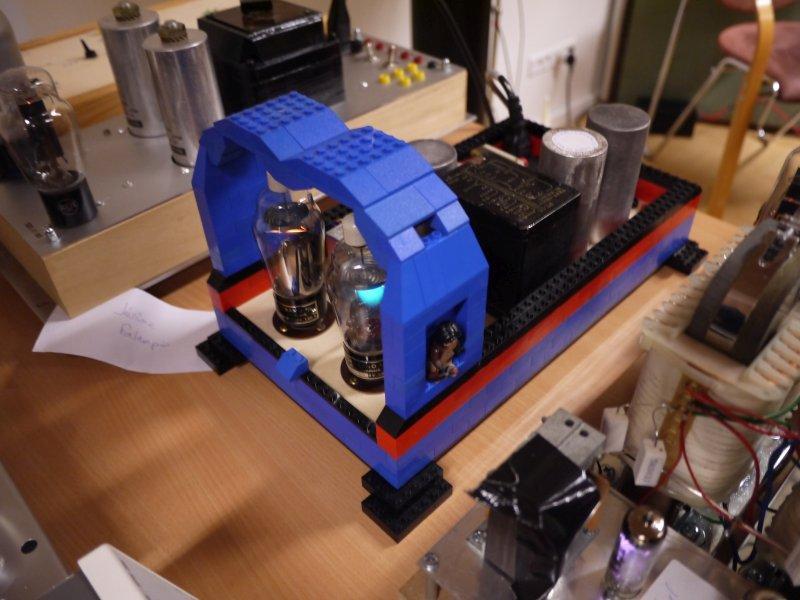 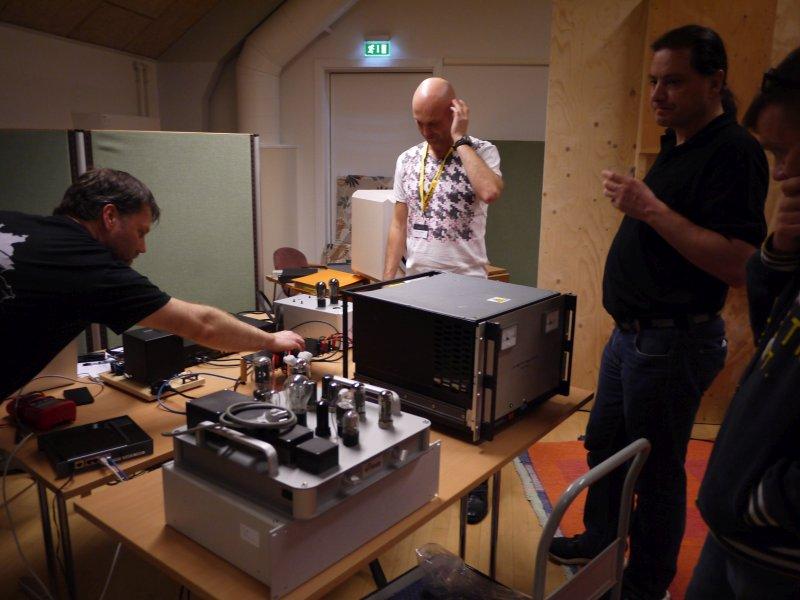 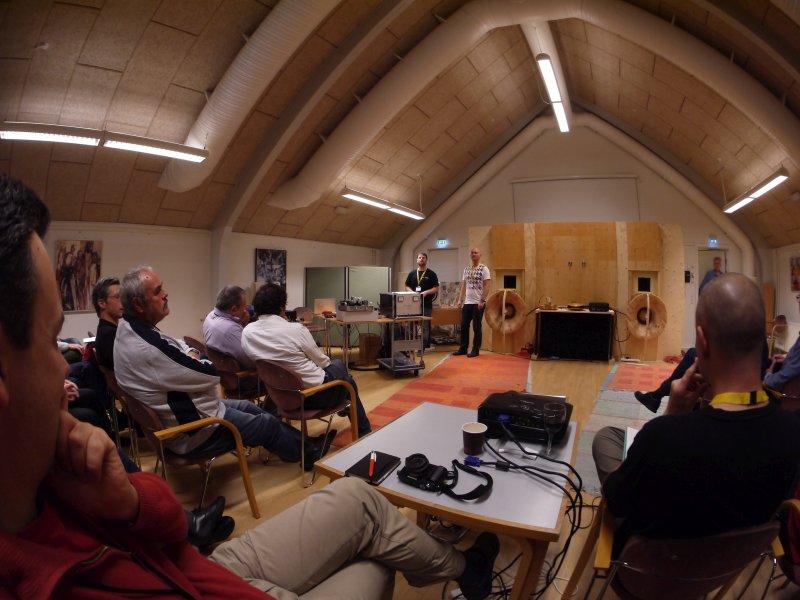 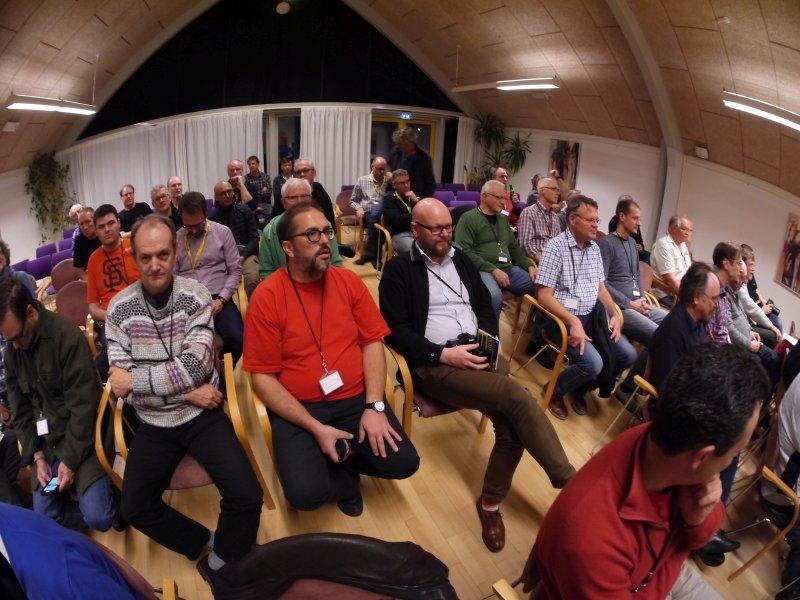 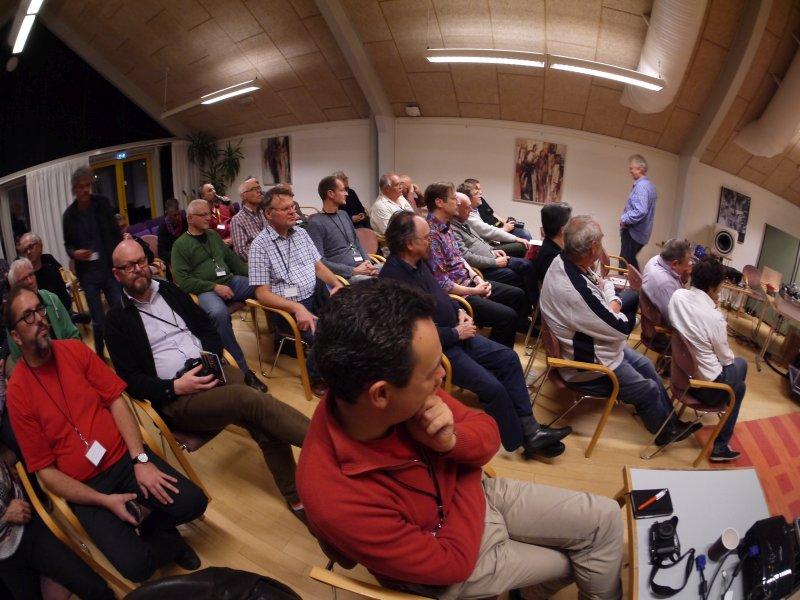 Like on every ETF, a live band plays on the Friday night. This year, Thilde Fjord Kvartet from Denmark played Jazz standards for our ears. 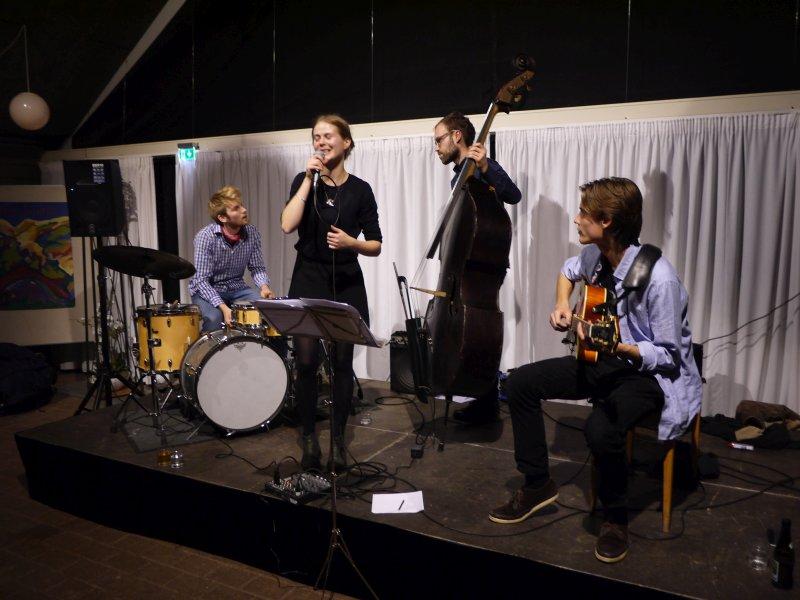 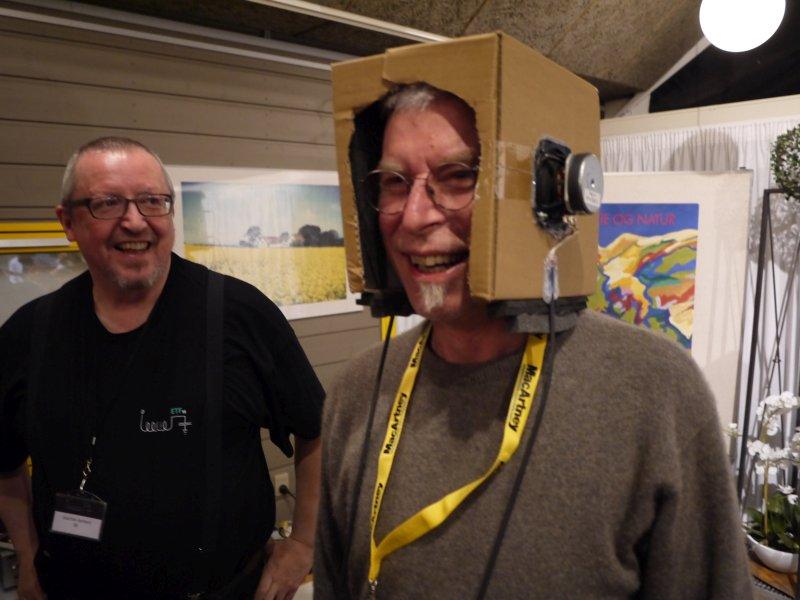 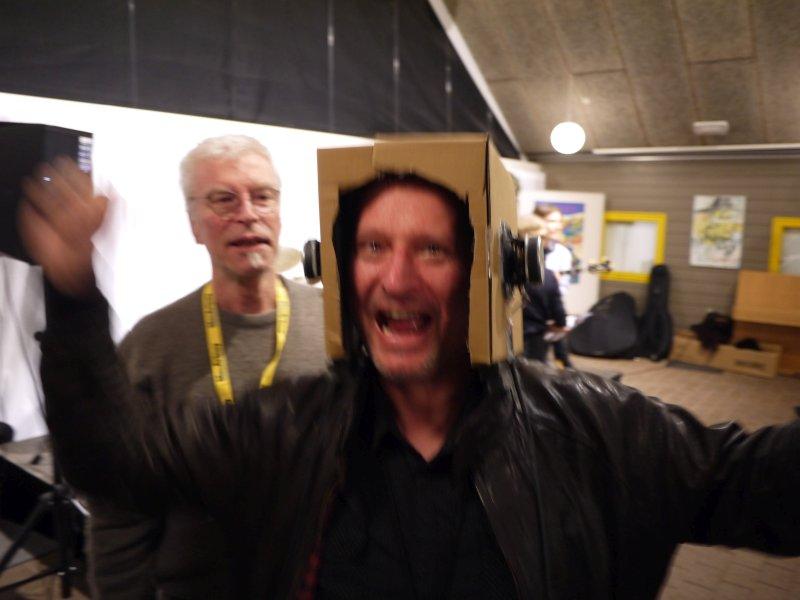 Andrejs had not only his beautiful Reed turntable and tonearms in his setup, but also vintage Odeon horn speakers, as well as DAC and amplification from Siberia (really!). Frank Schroeder inserted his custom travel-turntable into this setup, and yeah, this setup had indeed disco feeling, while playing stoner rock music. Liked it. 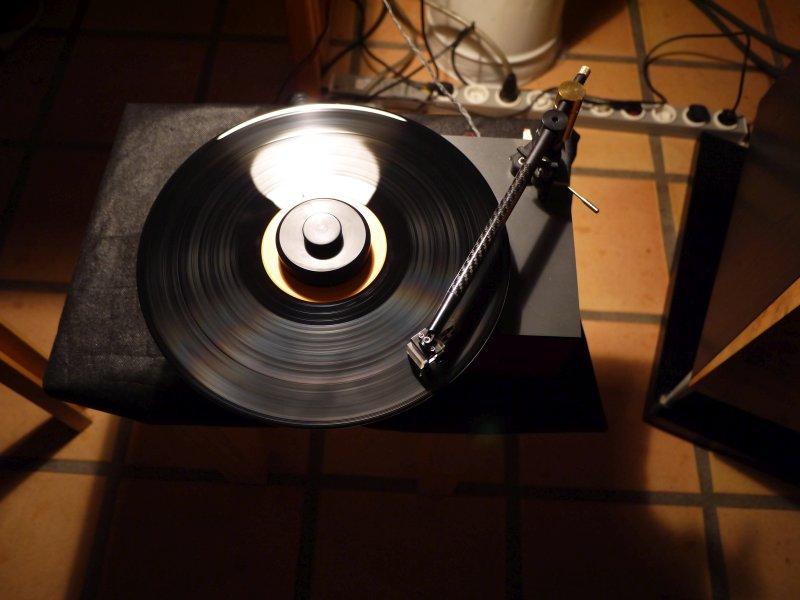 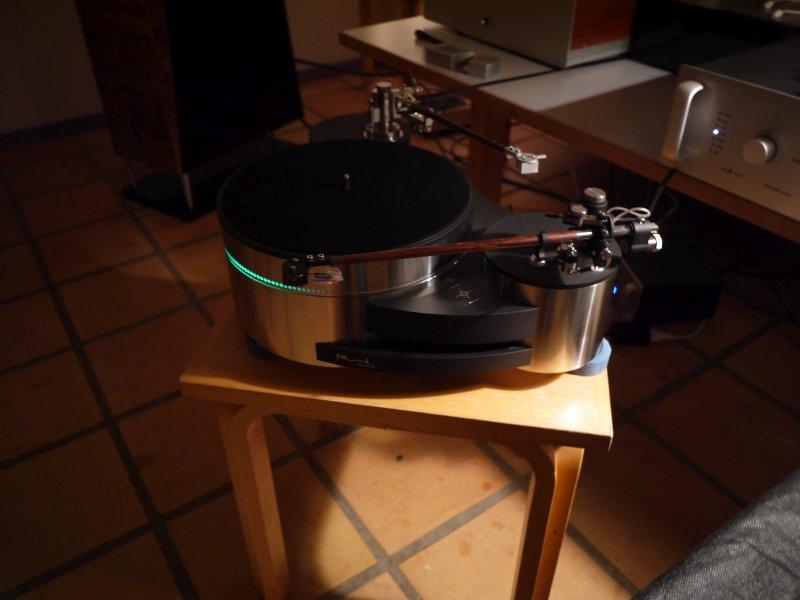 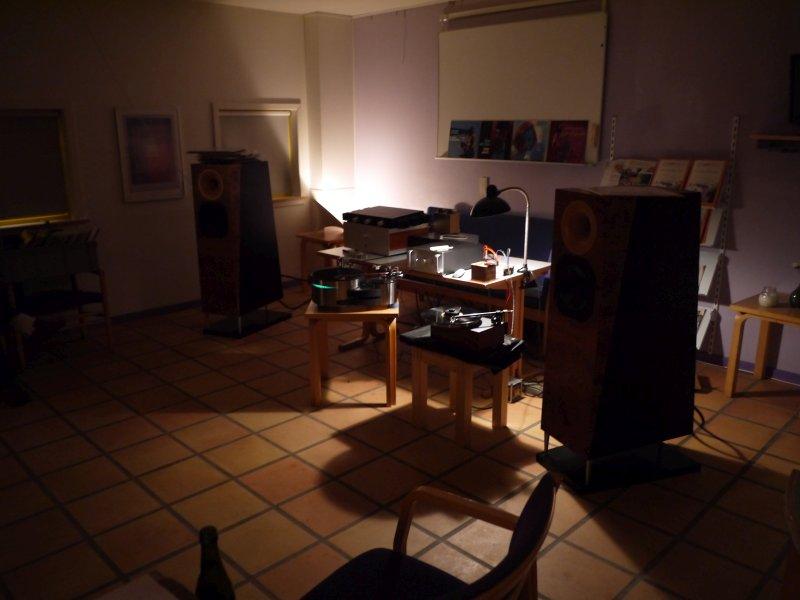 Bjoern Kolbrek and Thomas Dunker did not only bring a big multi-way horn setup but also held a lecture on the history of big horns, and the design of the mid horn of their setup.. 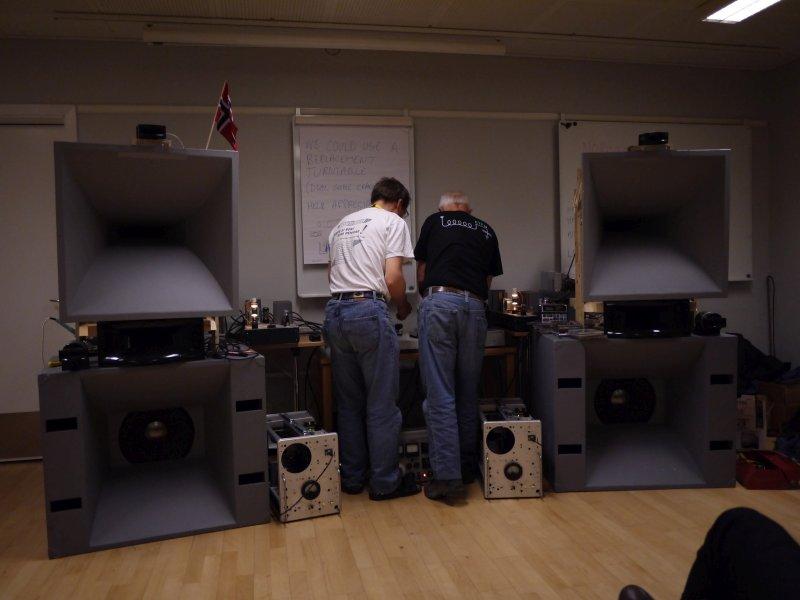 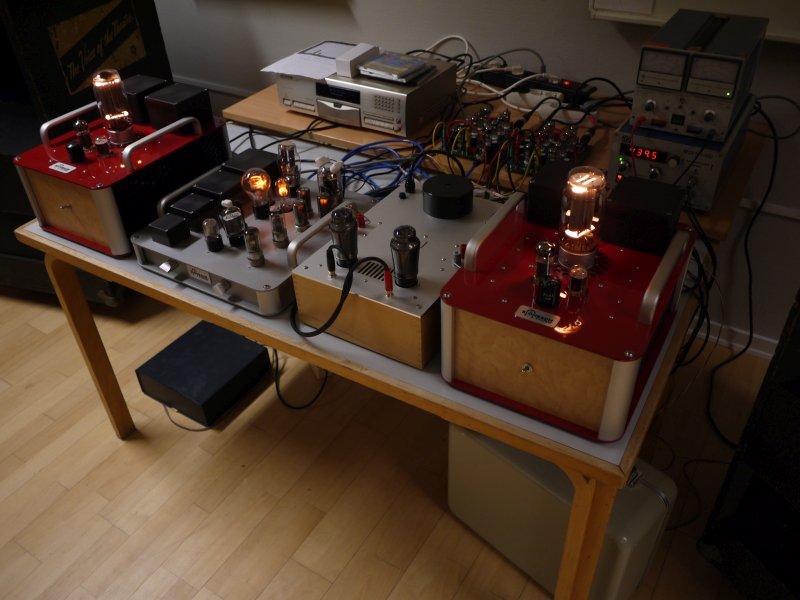 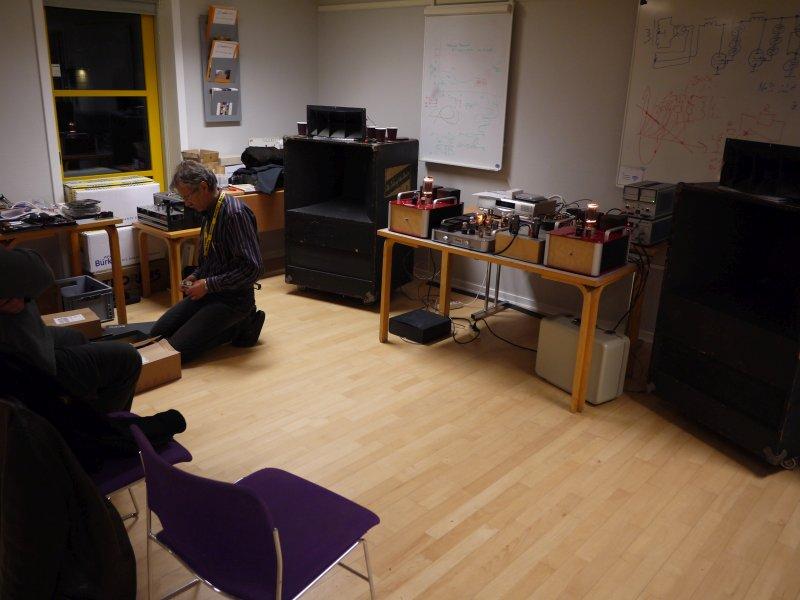 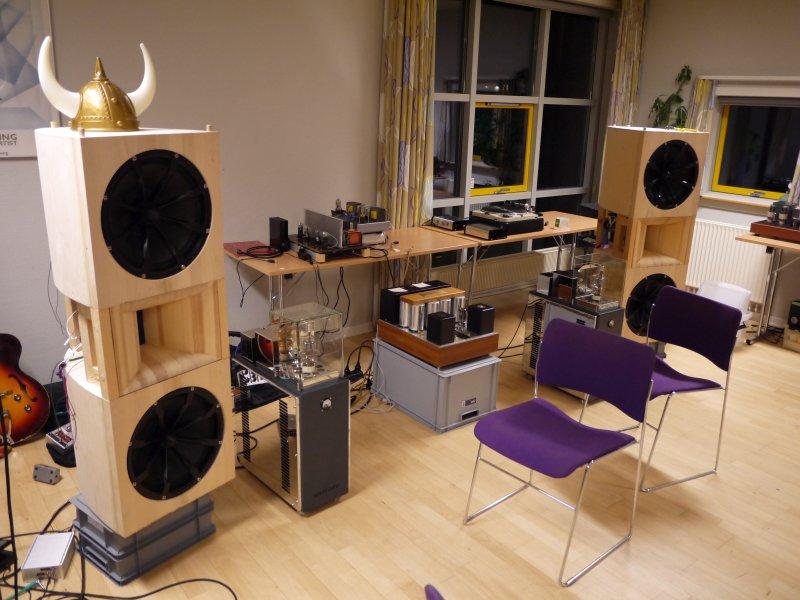 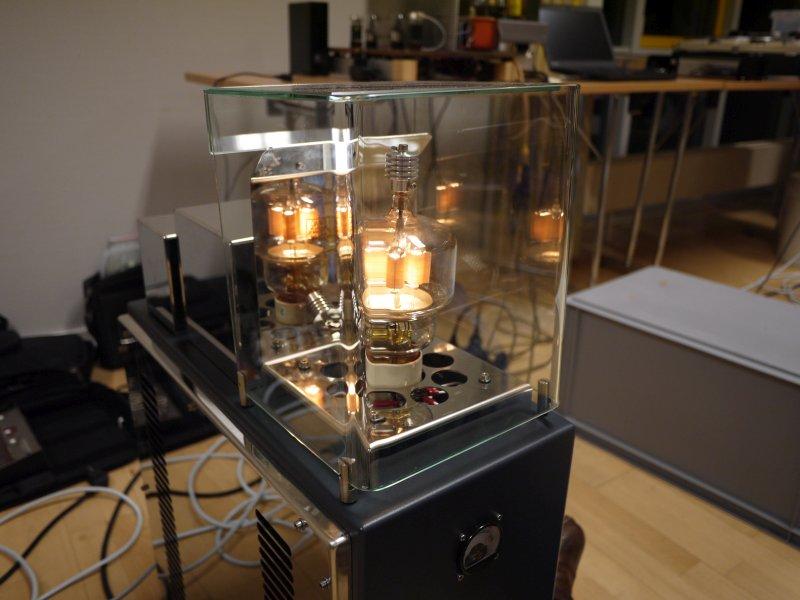 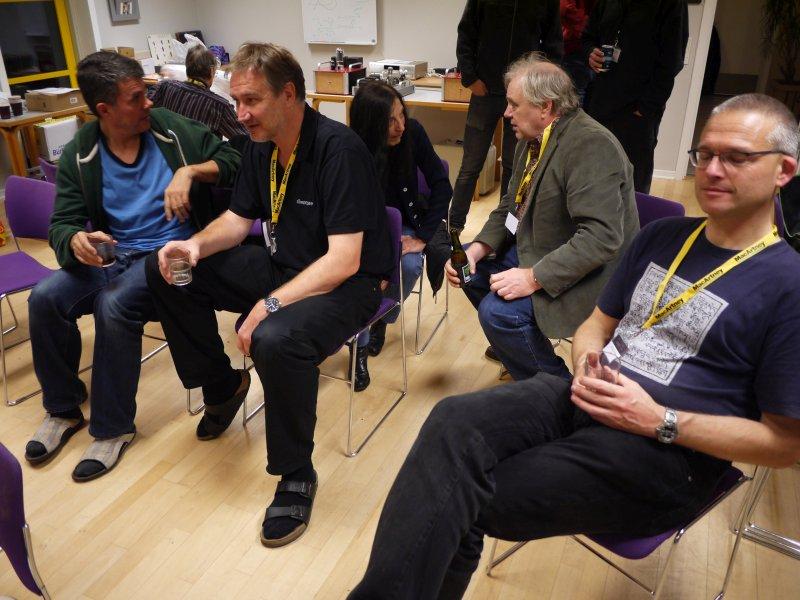 Martina had a new turntable, based on Garrard 301, with Vivid tonearm and Lyra cartridge. 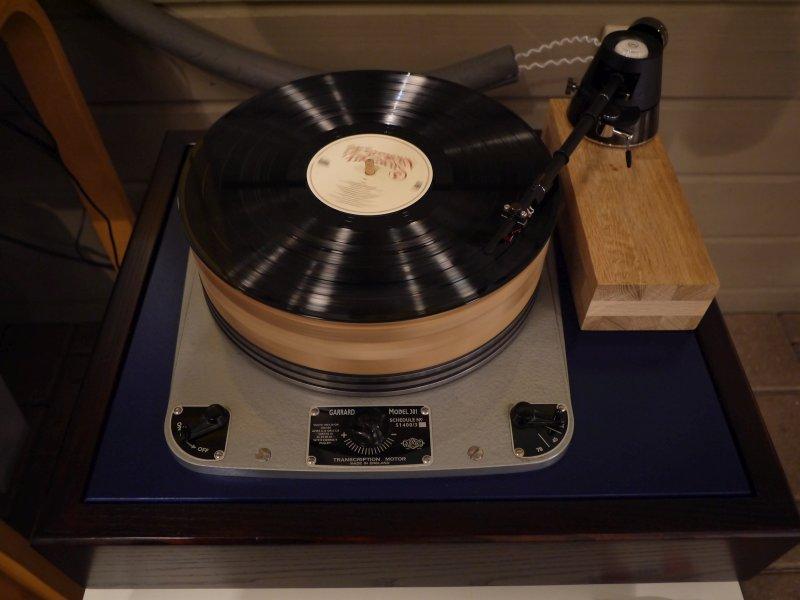 Setups: Wall of Sound from the Danish ETF team

These bautiful horns worked very well and served as test environment for the shootout. 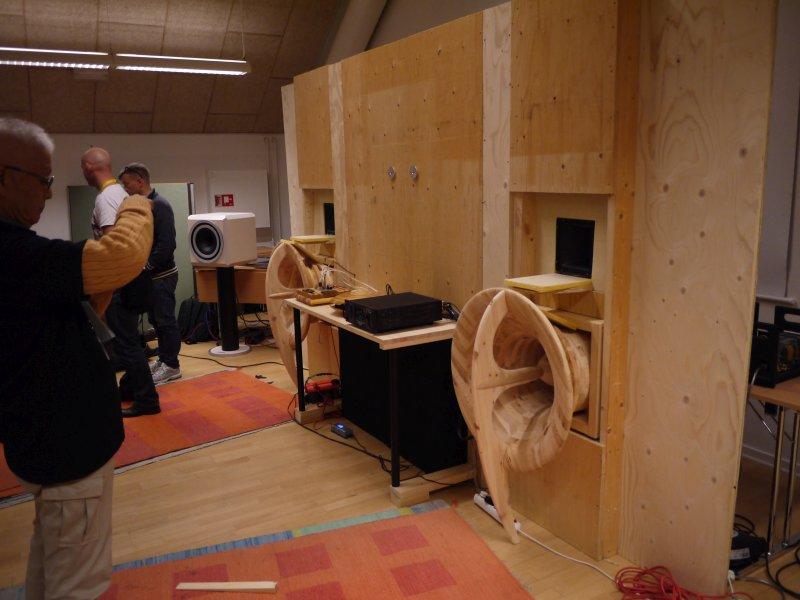 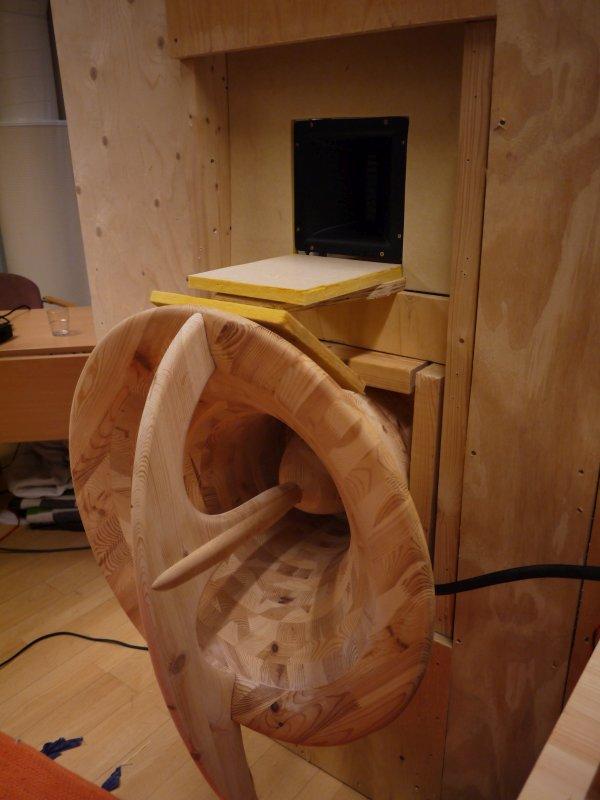 Please visit his blog at http://vinylsavor.blogspot.de/, where he presents his own ETF report. 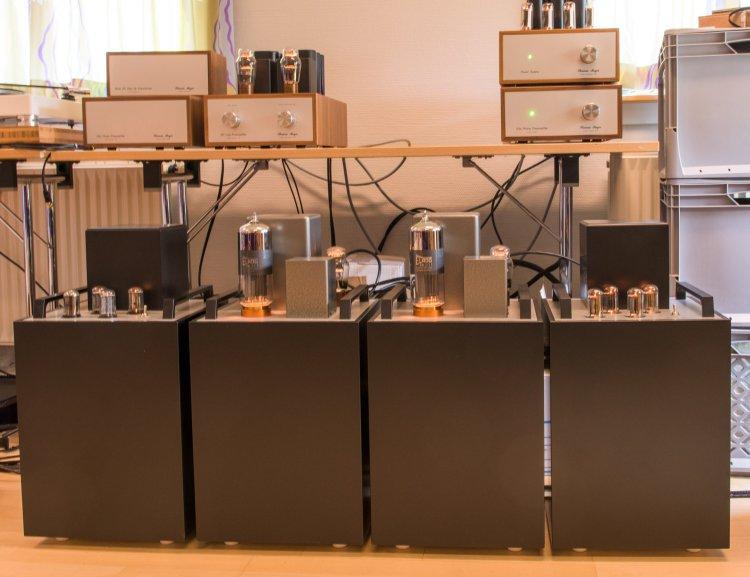 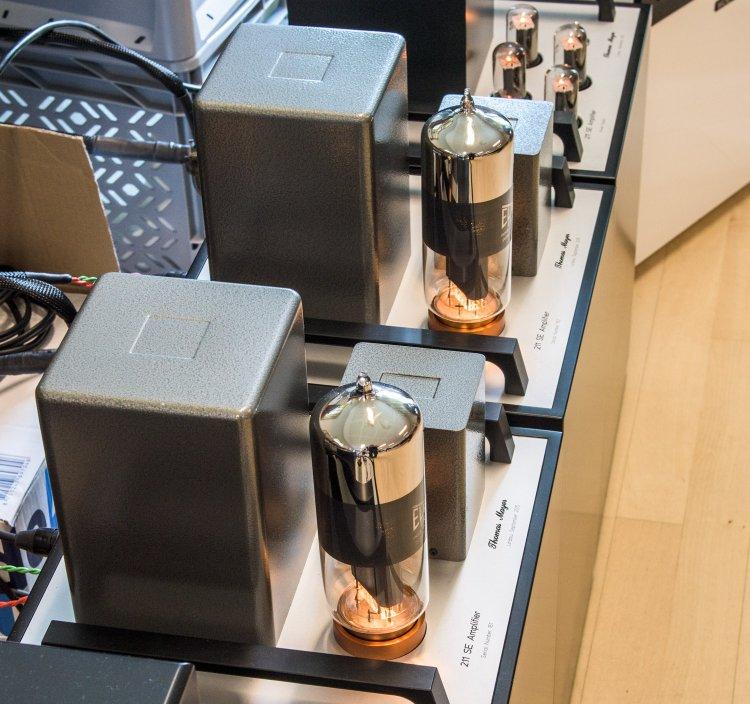 Unfortunately, ETF again lost one sadly missed member. Just shortly before the ETF, Arend-Jan Wijtzes from the Netherlands died in a car crash. 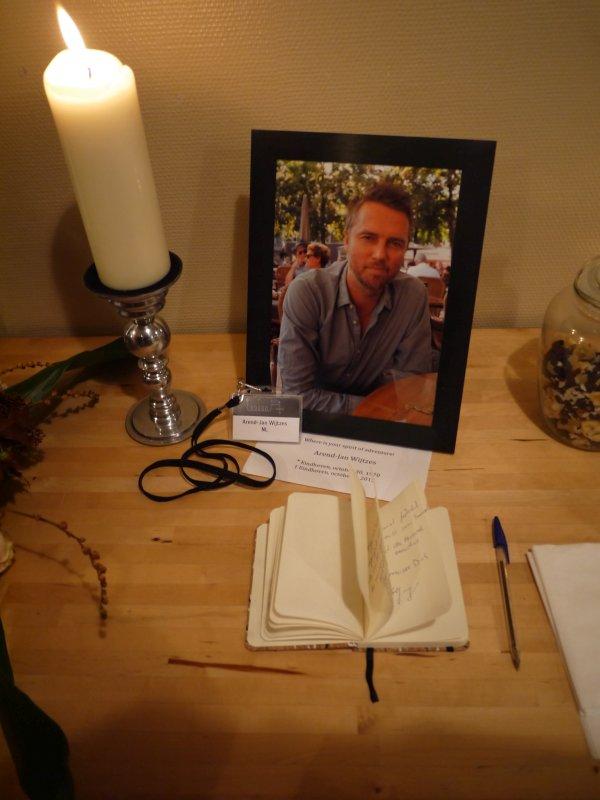