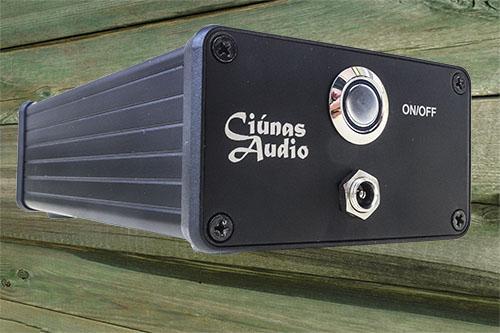 I recently reviewed the excellent ISO-DAC from Ciúnas Audio, so was pleased to be able to take a listen to the ISO-SPDIF converter from the same supplier. The converter looks almost identical to the ISO-DAC, apart from the addition of a connector on the rear, that connects it to a DAC. I was pleased that there is a choice of connector, as I prefer the BNC type for digital connections. Like all the Ciúnas Audio products, the ISO-SPDIF incorporates the ISO-HUB functions as well as the SPDIF converter. So isolated and reformatted USB high speed signals are provide directly to the USB input of the Amanero USB receiver. The ISO-SPDIF is powered by not one, but two high current, continually charged, batteries. That means that it can be kept connected to a charger while it is in use, without degradation to its performance.

The I2S signal from the Amanero board is reclocked by two low jitter audio clocks situated just before the WM8804 SPDIF chip. Everything is powered by battery to provide the lowest noise, highest stability power supply available.


I can remember the time when digital music was new, in the form of the Compact Disc, and many thought that as we were dealing with ones and zeros, that all digital playback would sound the same (with the same amplifier and speakers of course). It wasn't long before we had separate DACs, all claiming to sound better than the others, and then, when computer audio arrived, all sorts of other factors became apparent. The computer hardware, the operating system, software to improve the sound quality, USB cables, external power supplies, re-clocking devices,etc etc. So just how much difference can an SPDIF converter make in a system with so many other factors involved? I hoped to find out by comparing the ISO-SPDIF to the M2Tech HiFace2 SPDIF converter that I reviewed way back in 2013. Yes, the HiFace2 is much older, and cost about one third of the price of the ISO-SPDIF, but that should make it easier to hear any difference - right?

I connected the ISO SPDIF via a iFi Gemini USB cable, into a PC running Euphony. Output from the SPDIF was to an MHDT Pagoda Lab DAC, and then to a Clef Audio Soloist amplifier via Vertex-Audio interconnects. Speakers were my modified Mordaunt Short Pageant 2s.

The HiFace converter was connected into the same system, but was powered by a Paul Hynes SR3 power supply. 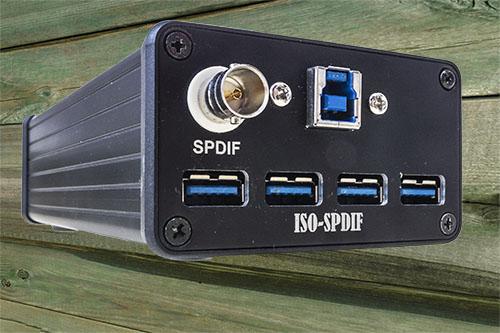 I started off by listening to the HiFace SPDIF converter. I have used this device a lot since I first reviewed it, and have always felt it to be a very good converter. After a good session to get me familiar with the sound of the whole system, I changed to the ISO-SPDIF. Would I hear much if any difference? The answer was a resounding YES! There was slightly, but distinctly, more body to the sound, a slightly richer tone, and more space between the individual elements in the sound stage. If I had to describe the difference in one word, well two actually, I would say that it sounded 'more luxurious'.

I also listened to the Pagoda DAC connected directly to the computer via the USB cable. That sounded somewhere between the HiFace2 and the ISO-SPDIF. What I also noticed was that the HiFace2 converter, directly connected Pagoda, sounded a little faster than the ISO-SPDIF, but it was only noticeable for a short time after changing between the two, and when playing a 'up-tempo' track such as Paul Simon's 'Graceland'. This was only noticeable for a very short while after changing between the various setups, and it was not possible to say which sounded right. I concluded that this was a perceptual issue, most probably down to the better bass performance with the ISO-SPDIF. I only mention this as it may be something to listen for if you are auditioning the ISO-SPDIF yourself. It made no difference to me as to how much I enjoyed the music with either converter.

As a further experiment, I tried using the HiFace2 converter through the ISO-HUB function of the ISO-SPDIF. This involved connecting the Paul Hynes power supply to the right hand USB socket on the rear of the ISO-SPDIF. The HiFace2 was then plugged in to one of the other three USB sockets. This resulted in a noticeable improvement of sound quality, making the HiFace2 sound a bit closer to the ISO-SPDIF. So I have to eat a little humble pie, as I said in my review of the ISO-DAC that I couldn't see a valid use for the ISO-HUB function on these Ciúnas Audio devices. I see now that it can be useful, particularly if you like experimenting a bit with different USB devices. 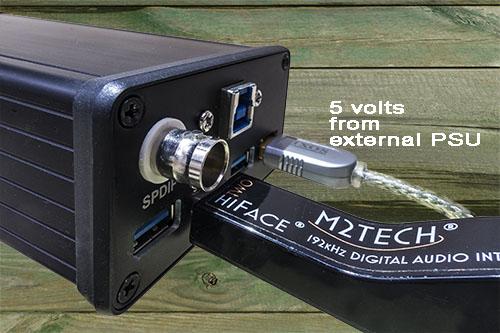 So, would I consider the ISO-SPDIF to be worth three times the cost of the HiFace2? Yes I would, it simply was that much better. The system that I used it in had that addictive quality where I didn't want to stop listening. When that happens, I know that whatever I am reviewing is worth recommending. When I reviewed the SPDIF Mk3 SPDIF converter from John Kenny in October of 2012, I didn't feel that SPDIF converters made that much of a difference. The ISO-SPDIF has left me much more convinced that they can, and do.