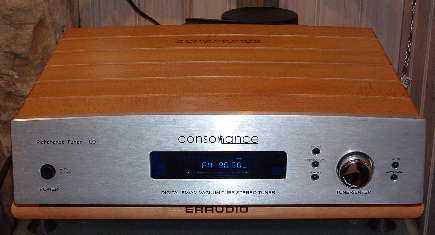 I love good FM broadcasts and for a long time you couldn't hear a better balanced analogue source than BBC Radio3, and BBC Radios 1, 2 and 4 were often pretty good too. Nowadays the signal is in compressed digital format between studio and transmitter and varies in quality depending on the busy network. In 1986 the BBC were specifying 32bit capability in some parts of their mixers to ensure no loss or distortion to the then 16bit signal (but anticipated 24bit future developments) in contrast to their current dash-for-DAB at data rates designed for diversity rather than quality.

Hi-fi used to include FM stereo as a key source componant, and that most venerable of the audio comics, Hi-Fi News & Record Review, used to run a splendid Radio column every month written originally by the late, great Angus Mackenzie, until he retired in January 1988. He was succeeded by John Nelson until the mid 90s, when FM radio seemed to drop from the hi-fi radar.
If the decline in media interest reflects that of consumer interest, it is no surprise that there has been no outcry at falling audio standards in broadcast FM signals throughout the world as more stations are packed into ever smaller slices of band II.

Greater packing density requires lower deviation which means a narrower available frequency response. The demand for more station space is the driving force behind DAB (digital audio broadcasting), so again the high-quality audio consumer suffers at the hands of the lowest-common-denominator marketplace where all that counts is the company accountant who needs more stations to carry more adverts to generate more revenue.

Sadly, today you're more likely to read a review of a new plasma screen in a so-called hifi magazine than a mention of analogue radio, although my friend Paul had a lengthy letter in September's Hifi World extolling the virtues of his Leak Troughline with One Thing Decoder. One Thing do note on their website "We quote the words of a former BBC engineer: "Cherish your well designed and proven analogue tuner. It may be years before you hear anything as good.' " 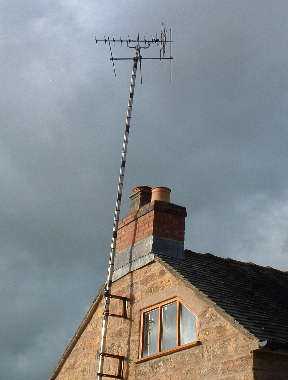 Consonance products have been receiving favourable reviews both here at TNT-Audio and in the comics, so I expect good things from this tuner. The Consonance Reference range seems to lie in the midpoint of their hierarchy. Consonance do not subscribe to any obvious hegemony: they market solid state electronics, tube (valve) electronics and feature both push-pull and single ended amplifiers, with or without global feedback.
The Reference 1.0 Tuner arrives well packaged in double cardboard boxes, plenty of polystyrene and all the requisites, except an external aerial, necessary to get you started: