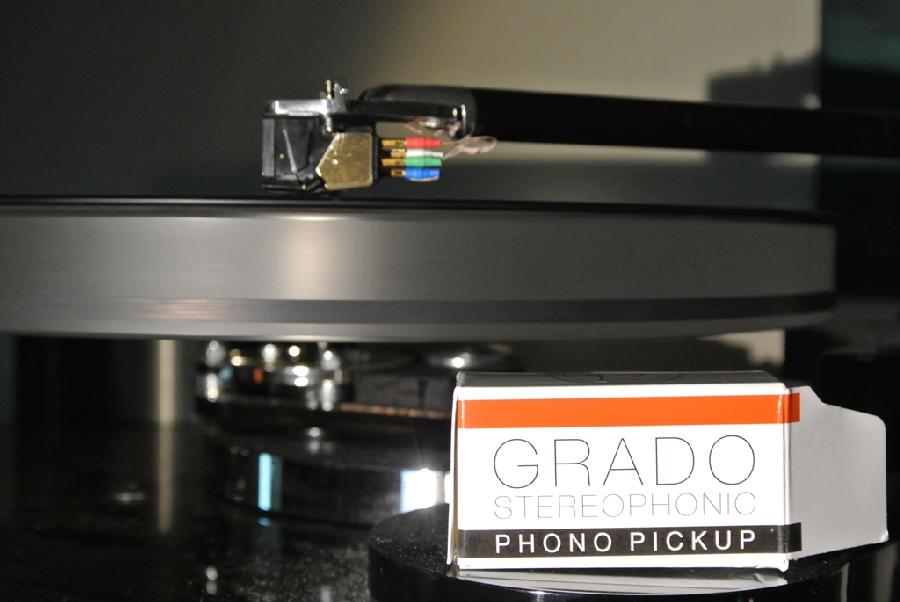 Grado manufactures phono cartridges and head phones in Brooklyn, New York and is one of the oldest family owned companies in the Audio Industry. It holds over 48 patents and its founder Joseph Grado is credited as the inventor of the stereo moving coil phono cartridge and was inducted into the Audio Hall of Fame in 1982. He is one of the legends of audio. 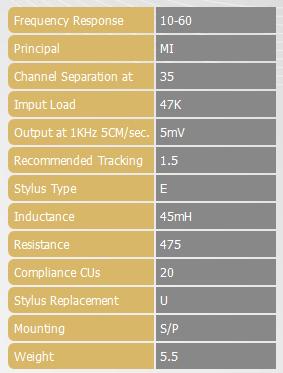 Grado's design derives from the moving iron principle. The company offers 3 series of cartridges: Statement, Reference and Prestige, which is the budget series.

At the top of the Prestige series are the newly redesigned Silver1 and Gold1. The coil design has been reconfigured and the effective moving mass of their generating system has been reduced by 17%.

A small box marked with the Grado logo arrived in my mail box. The Gold1 was inside secured in a well protected plastic tube corked at both ends, along with all the necessary tools for installation.

However, I do have a quibble. The Gold1 mounts using supplied screws and bolts and installation becomes tedious. Are threaded mounting holes too much to ask?

The Gold1 is a moving-iron phono cartridge with an elliptical stylus. The published frequency range is 20Hz–60kHz and output is 5mV. Compliance is 20cu. Channel separation: >35dB (1kHz). Internal resistance: 475 ohms. The recommended load is 47k ohms and tracking force of 1.5grams which is how I had it set throughout my listening.

I listened to the Gold1 on a few different arms and decks and it always provided a musically enjoyable experience. First up was the Sota Comet IV with Rega 303 arm (review forthcoming). The Sota/Rega combo provided the Gold1 a solid foundation from which to work. Nick Drake's vocals on Pink Moon (reissue) were reproduced with sufficient tone and texture to allow an emotional connection with the music. I liked the Comet/Rega/Gold1 combo a lot because it's so sinmple. A plug and play unit which is musically satisfying and within the financial reach nearly every music lover.

Grado warns potential users about issues with hum induced by unshielded motors or other strong unshielded electrical sources in close proximity. I don't know if the Comet is shielded but I did not experience any issues with hum.

I fit the Gold1 on my Origin Live's Aurora Mk 3 deck and Silver arm. The Gold1 continued to favorably impress me. I found it musical and satisfying from the moment the needle touched down. It produced a credible 3-dimensional soundstage and had a natural tone, particularly with female vocals and piano. Norah Jones on Run Away with Me was placed center stage and her voice sounded detailed and natural. The Gold1 also tracked very well and loud passages were no problem as the Gold sailed through without a hiccup. The Aurora's motor pod is shielded and Gold1 was dead quite.

I happen to have Origin Live's new Resolution Mk 3 deck and Illustrious Mk 3C tone arm on hand (again, review forthcoming). Predictably this deck/arm managed to get the best sound from the Gold1 and illustrates a quality deck/arm combo can support a good budget cartridge and produce satisfying results.

On the Resolution/Illustrious, the Gold1 produced a more detailed sound than when mounted on the other decks and retained its musicality that I liked. I am a fan of 1970's classic rock and reached for my mint copy of Black Sabbath's debut. I recall Ozzy's voice sounding a bit hard and etched throughout. The Gold1 smoothed his voice just a touch so that it was listenable. I continued to cull my classic rock collection: Cream, Allman Brothers, Van Morrison, Stones, etc. The Gold1 continued to provide enjoyment.

I buy a fair number of used LPs some of which are not in the best shape. I played a few of my old treasures with the Gold1 and it provided good rejection of surface noise and scratches. Plus, at Gold1's low purchase price I don't have to worry about playing some garage sale find.

I enjoyed my time with the Gold1. It never became fatiguing and produced a satisfying level of detail. If you are looking for a cartridge in this price range the Grado Gold1 is an easy recommendation.