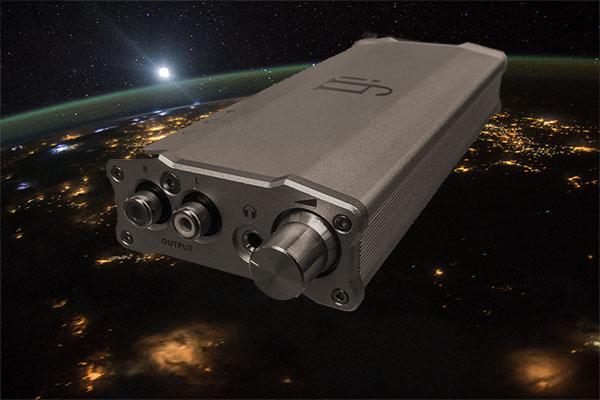 It was back in May 2013 that I reviewed the original iFi iDAC, and I was highly impressed. The iDAC2 is much more than just a slightly updated version, so I was keen to find out if it was worth upgrading to. The new version comes with some added features. First up, and I found this relevant as I use a USB converter in my main system, it now has an SPDIF output so that it can operate either as a DAC, or a converter (that is it will feed a signal to any DAC with an SPDIF input). Also new to the iDAC2 is a filter switch on the rear panel, that switches in different filters that have a small effect on the sound quality depending on whether you are listening to PCM or DSD format music. At which point, it may be a good idea of say what PCM and DSD are.

DSD (Direct-Stream Digital) is the trademark name used by Sony and Philips for their system of digitally recreating audible signals for the Super Audio CD (SACD). Very simply, DSD signals are 1-bit (bit depth), and that means they are single ones or zeroes. Although single bits are used, they are sampled more often than with PCM, and when they are passed through a low-pass filter, the result is music. Pulse-code modulation (PCM) is a method used to digitally represent sampled analogue signals. It is the standard form of digital audio in computers, Compact Discs, and other digital audio applications. It uses multi-bit, for example 16 or 24 bit. Being multi-bit, the information contained can be more complex than single bit, but it is sampled less often than DSD. You could think of it like being paid wages each week of 100 dollars, or being paid 400 dollars each month. Very simply, it is different ways of encoding a digital signal, with either less information supplied more frequently, or more information supplied less frequently. 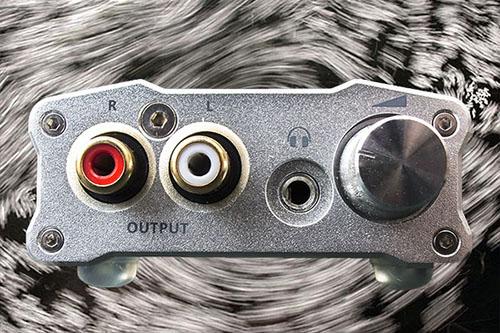 All you really need to know as regarding the iDAC2 is that it can play just about any format of digital music that is available now, or likely to be available in the future. Not only that, but it doesn't convert the signal from one format in order to play it, so the signal that enters, is the signal that is played. The less the signal is manipulated, the better it should sound.

The IDAC2 utilizes the Burr Brown DAC (found in the more expensive iDSD) in place of the ESS Sabre DAC chip found in the original iDAC. The other noticeable change from the original iDAC is the inclusion of a USB 3.0 socket. Nobody can say that iFi don't keep up with the latest technology! 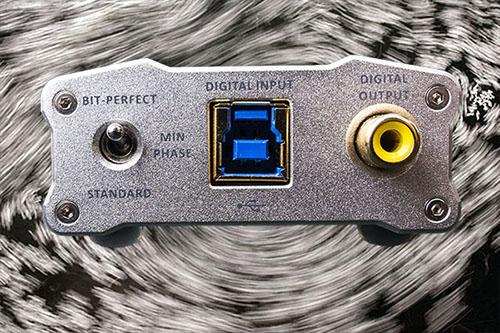 As with all the iFi products that have come my way, the iDAC2 is packaged to perfection. The carton not only offers great protection to the contents, but exudes class, and looks too good to throw away. The carton (inside the other sleeve) contains the iDAC2, a USB 2.0 lead, a short pair of analogue interconnects, and a small card containing the basic instructions. Further information is available on the iFi web site.


It's a straight forward job to have the iDAC2 up and running, depending on the operating system of your music computer. For Linux and Mac systems, no drivers are required, and you simply connect the iDAC2 via a USB lead, and start playing music. For Windows ((I was using W10) it was necessary to install the driver, and in this case important to un-install any previous iFi drivers before installing the new one. There are full instructions on the driver download page, and I experienced no problems in installing the new driver.

In operation, my first observation was that the iDAC2 needed quite a bit of burning in. The iDAC2 contains some top-grade components (Elna Silmic II, TDK C0G capacitors, and Vishay MELF resistors). I have found that audiophile grade components often need plenty of burn in time, the very popular Black Gate capacitors being a good example, so I let the iDAC2 play for a few days before I commenced my auditioning.

It's natural to first compare any new product to its previous version, and straight away I noticed there was a clear difference in the sound quality of the iDAC2 to the original model. The '2' sounded more airy, more nuanced, and I would say, slightly more laid back. The sound stage was a little more three dimensional, ie deeper, but not necessarily wider. If I had to pick one phrase to described the '2' it would be 'more sophisticated'.

The iDAC2 retains that enjoyable presentation in a way that quickly makes you forget the equipment, and pay more attention to the music. It ticked all the boxes, very detailed, musical, pin-point imagining, large three dimensional sound stage, PRaT in abundance, tight bass, and clear midrange and treble.

I did try the filter switch, and to be honest, it made little difference until I moved on to playing some DSD (and other hi-resolution) files, when it did change the sound quite audibly. The iDAC2 and the MHDT Pagoda, have fully convinced me that the hi-res formats are worth the added expense. Some of the recordings are stunning. And I should add that of the many file formats (DSD, DFF, aiff, FLAC etc) that I played through the iDAC2, it didn't once hesitate to play the music.

As a USB converter, I first set the iDAC2 to play through the Pagoda, and the result was, well as good as playing the Pagoda directly from the computer. In my other system, the iDAC2 replaced a hiFace TWO USB converter, and while the results were very good, I did prefer the sound using the M2Tech hiFace TWO. That may have been down to me being more used to the TWO, or it may simply have been down to the synergy with that system. It wasn't that one was better than the other, rather which one I preferred.

I should also say that the iDAC2 worked faultlessly with Windows 10, Audiophile Linux, and another, new, Linux system that will be reviewed on TNT-Audio shortly. We appear to have come some way from the earlier days of computer audio where something like a USB DAC would work on one system but not another. This is certainly appreciated by reviewers, and of course anybody wanting to buy such a product, will not want to worry if it will work or not in their own system.

As regards the headphone amplifier, I only have some fairly cheap headphones, and am not the best person to report on the quality of this aspect of the iDAC2. However, even on my budget Sennheisers, the music was clear and enjoyable. The only negative, I found (and it may have been down to my headphones) was that, as with the original iDAC, it was difficult to finely adjust the volume level at lower levels.

I started off with the iDAC2 plugged directly into a computer, and taking its power supply from that computer. The sound quality improved with the introduction of the iFi iPurifier2, but when I used a separate high quality power supply such as the Paul Hynes SR5 power supply or the Astin Trew Concord power supply I wasn't so sure if wanted the iPurifier2 as well. Both PSUs cost more than the iDAC2, but raise its performance to that of USB DACs costing much more. In particular, I find that bass is tighter, and more prominent. iFi have their own PSU upgrade path in the form of several products such as the iUSB3.0 (that I am yet to hear for myself).

Summing up, the iDAC2 is an impressive box of tricks. That it will act as a USB converter, as well as a DAC and headphone amplifier, is commendable, but add in its ability to play just about any format of music fed to it, and it reminds me of a Swiss Army Penknife. Its sound, great as it comes, better with a top quality PSU, is simply divine when playing hi-resolution music. iFi appear to go from strength to strength, and the iDAC2 continues their short tradition of bargain products that offer real value for money, thanks to their association with parent company AMR. If we gave stars at TNT-Audio, the iDAC2 would get five from me! 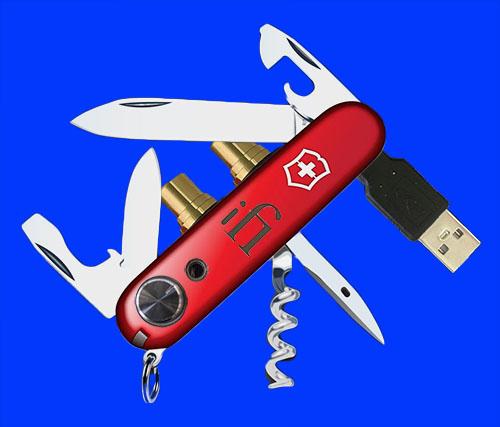