Back to the future – with a vengeance 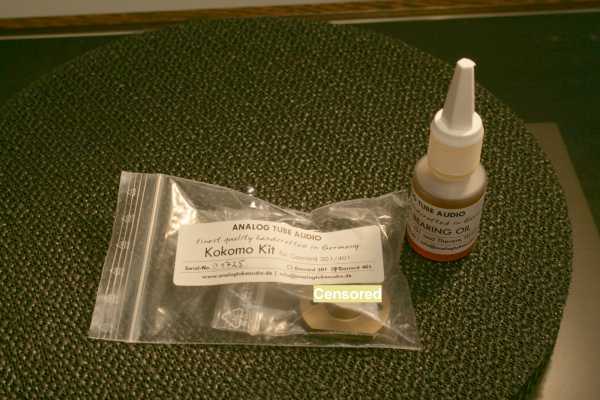 If you have read my latest test report on the Kuzma Stabi Reference turntable, you already know that I once for quite many years used and loved the vintage Garrard turntables. From 1990 to 1997 I was using a Garrard 401 myself – as main turntable, and also provided a handful of Garrards to my local buddies. This 401 was my standard for lots of experiments with tonearms, and this old deck also saw my loudspeaker evolution from 2-way mini monitors to high efficiency loudspeakers. In those years I tried a lot of modifications, be it ceramic bearing or different platter mats. The ceramic bearing that a friend of mine had made in a workshop proved to be a failure, and distorted the balance of the 401. It is the slightly warm tonal balance and the midrange beauty which we all like when we are listening to LPs through a vintage Garrard. Even a very expensive bearing and platter kit from Japan just traded this balance and beauty for more dynamic and resolution to a point where the soul of the Garrard was lost.

For those of you unfamiliar with a Garrard, I have to tell a bit more, to understand what a Garrard does and what it does not. Playing music through the Garrard is like listening to your famous old tube radio: the music just flows, sounds very comfortable, though revealing not much treble detail, midrange has a beautiful and true colour, and bass sounds natural but not very tight, PRAT (Pace, Rhythm And Timing) is powerful, but exact timing is not spot on. Most of these attributes can be directly related to the fact, that the Garrard is idler wheel driven by a fat non-synchronous AC motor, but among its competitors (EMT 930, Thorens 124, Lenco L78), the Garrard is the smoothest, least grainy item. One could be listening music through the Garrard for hours. Its shortcomings are only revealed when directly compared to a modern deck of superior quality, be it Kuzma or Verdier or Simon Yorke. Then it becomes clear, that fine resolution is absent, that the 3D image which the modern decks can deliver, collapses to 2D on the Garrard, and that the timing is quite fuzzy. This list of shortcomings sounds quite disastrous, but it is the beauty of tone, striking our hearts, that the Garrard can produce. There might be a reason why the shortcomings of the Garrard do not tear us away: these shortcomings are rather omissions than distortions, and our brain is able to fill in the gaps.

For this test report, I did such a comparison again. I choose a record which I thought would work in favour of the Garrard, an old original 1973 record: Third from Soft Machine. The difference between my modified Simon Yorke S4 with Schroeder No.1 and Denon 103R against the Garrard 401 with SME 3012/2 and Koetsu Rosewood Signature is strikingly: it was like hearing two different records when playing the same side on both decks. The Yorke was ultra fine and transparent showing all the hidden detail and musical lines of each instrument, all this in a deep and wide soundstage, while the Garrard was solid and compact in its representation concentrating on what was dominant: the bass line and voice line. It was always like this: you can listen for hours to your records using a Garrard, but please make no side-by-side contest.

Sugano-San senior himself, master of Koetsu cartridges, was using a Garrard 401 in his workshop, so putting a Koetsu on a Garrard is not that strange. The Denon 103R sounds very near to the Koetsu, just lacking a bit of Koetsu magic. 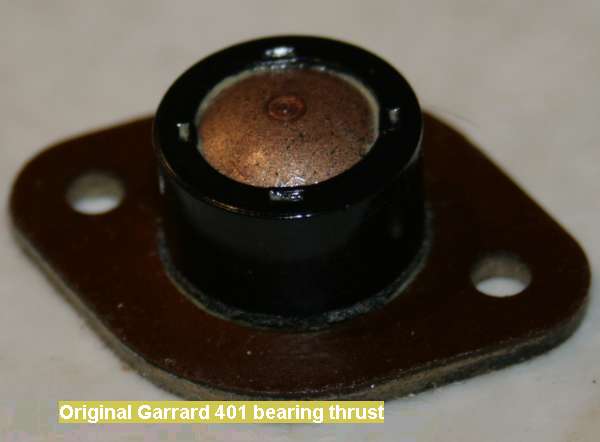 Enter the Analog Tube Audio Kokomo bearing for Garrard 301 and 401. Robert Graetke, who also is doing the Bronze parts for SME tonearms, has committed himself to the Garrard turntables. For the 301 and 401 he developped the bearing thrust, which consists of the one-piece bronze thrust and a ceramic bearing ball. Robert told me that he finally choose the name Kokomo in order to identify his bearing as original, and not to be confused with a part manufacted by a German or Hongkong based copycat. Being copied was exactly what happened to his bronze bearing for SME. For this reason I do not provide a sharp close-up of the Kokomo at this place. 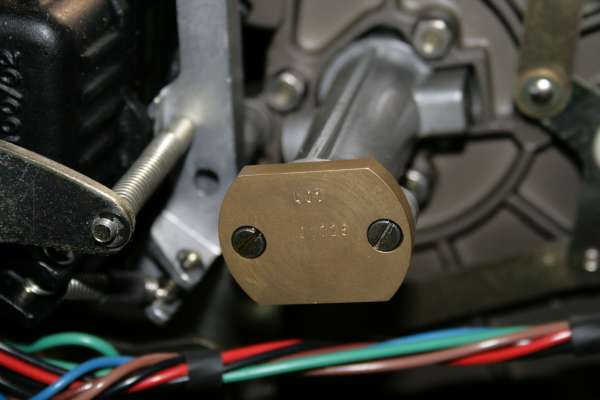 The change of the original Garrard bearing thrust pad against the Kokomo was done in just a few minutes. With the Kokomo I bought a bottle of oil from Robert, so I cleaned the old bearing and removed all old oil before putting new oil on the axis and reassembling the whole stuff.

The difference before and after was very big: Now the 401 did the 3D thing and the soundstage was so transparent yet solid that my jaw nearly hit the floor. This was much more than I expected. While it made no Yorke from the Garrard, it was like the Garrard got so many qualities added now, which previously had been exclusive on the Yorke (and similar turntables), that the combination of Garrard and Kokomo opened up a new quality level. Previously I thought, a Garrard would be best with 70s rock music or large symphonic orchestras. But now, the Kokomo learned the Garrard some more tricks: it can do smaller classical combos or modern rock music a lot better than before.

Now a very important question: what about the beautiful tone of the Garrard, did it get lost? Thankfully, the tonal character in general stayed the the same, and also the beautiful tone remained as beautiful as before. Not even a hint of audiophile leanness could be detected. 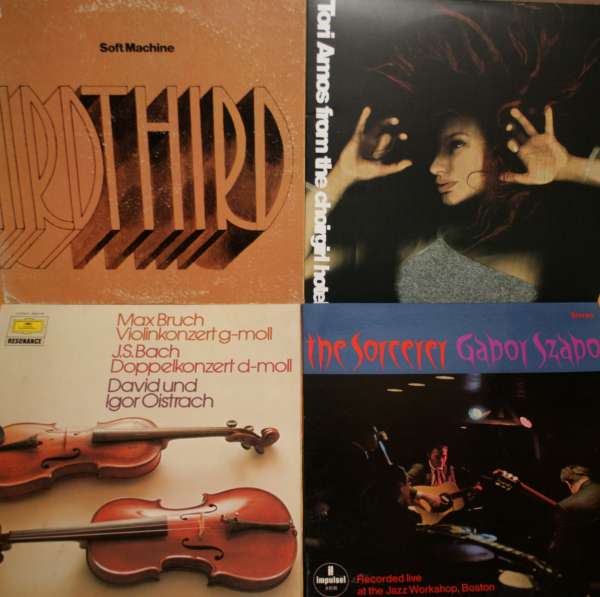 In order to put some more light on the question: how good is the Garrard plus Kokomo combo right now, I tried another record: Choirgirl Hotel by Tori Amos. Now this is really a killer record: if the frontend is not really on top, the sound is nasty and you cannot relax. The Yorke combo showed a whole level of more fine detail, and made more sense of the numerous ebbs and flows. The last characteristic is due to the Garrard’s motor concept, and as long as the drive hasn’t changed substantielly, I do not honestly expect any change. The Garrard showed just a bit of harshness, this was quite an excellent result. I remember when I had this record with me on the Hi-End show 2006 and a current production Thorens turntable choked and distorted all the way.

I asked myself to what extent the harshness and less detail was due to the SME3012, being itself a very musical, but at the same time limited item. The SME3012 can be regarded as a natural partner for the Garrard delivering a convincing and musically complete presentation of the recorded music. Using higher level tonearms sometimes can lead to an unpleasing as well as unbalanced result, but not in this case, when I changed the Schroeder tonearm from the Yorke to the Garrard. The differences between Yorke and Garrard were a lot smaller then. The harshness nearly vanished. While the superiority of the Schroeder was evident and helped the Garrard developping more detail and fine resolution nearly reaching the Yorke, the soundstage was remarkably smaller and more compact than from the Yorke. With this level of resolution the timing issues of the Garrard became even more obvious. But hey, this comparison is unfair, simply because my Yorke is heavily modified and still a work in progress in my laboratory, and the motor controller used for the Yorke costs 300 EUR directly from a German analogue engineer. 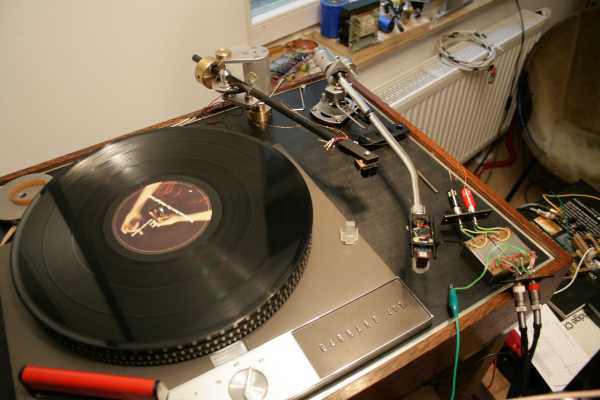 During further listening I also found records in my collection, which sounded more interesting, more involving on the Garrard401/Kokomo/Schroeder than on the Yorke before. One of these was The Sorcerer from Gabor Szabo, which is a phantastic live Jazz recording, putting shame on the well-known hifi-show demo record "Jazz at the Pawnshop".

A lot of folks are doing hardcore modifications to the Garrard right now. I heard of a Teres idler drive for Garrard, and slate plinths bringing further enhancements. I am sure and confident, that these efforts are the right means pushing the sonic merits of the Garrard further. Maybe you already noticed their older mega-bucks analogue equipment for sale on audiogon.com second hand market lately.

Thanks Robert, for bridging the gap. Would the Kokomo had been available 10 years before, a lot of turntable swap and change would have been saved at my place. Now it is too late for me, I am spoilt, I simply need even more fine detail and true to reality aspects. But for a lot of existing Garrard users this could be helpful, because they need no more looking to the really expensive superdecks. The Kokomo adds qualities eleminating a lot of severe shortcomings, and transforms the Garrard into an even more balanced package. I will keep an eye on the Garrard modification scene. At the time being, the Garrard plus Kokomo combo just grabs at the entry level of the superdecks, and when a further mods are available addressing the remaining issues, maybe I will sell my Yorke again some day. Stay tuned.