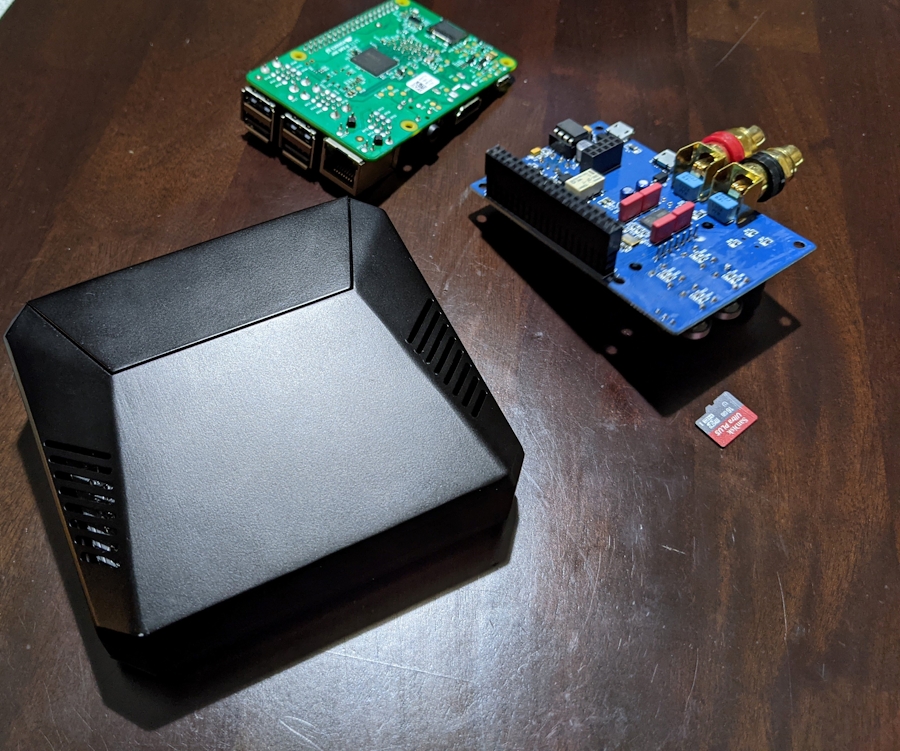 I was very impressed with the Nanomesher NanoSound DAC 2 back in October of 2019. It was inexpensive and a very good DAC hat when paired with the Raspberry Pi 3B small board computer.

For a while now I had been waiting to review the new Raspberry Pi 4 with the NanoSound DAC 2, but for multiple reasons, I had not ordered one.

Then one day, a new product from Nanomesher arrived - the NanoSound One. A simpler name and a nicer case. Amazon called my name and I ordered Adafruit's latest and greatest Pi with 2Gb RAM.

One of the few complaints that I voiced with the NanoSound DAC 2 was that I felt that the on-board screen was too small to use and that it was much better as a headless unit that you navigated with a phone or a tablet than as a stand-alone device. I had also regretted not getting the included case.

The two units shall from here be referred to as the One and the DAC 2. It makes the article about half the length when you read it.

This time, Nanomesher delivered, not just one, but two cases, both made by Argon. The Argon One, which I primarily used, is a lovely, premium looking aluminum case that allows for passive cooling of the Pi and routes all connections to the rear. They also very kindly supplied the Argon One M.2 case, this allows an SSD to be added. Once you have music on it, and Volumio OS installed, you are all ready to go with a stand-alon streamer.

I did use Volumio as the OS again as doing so, along with some small adjustments in the settings, enables the use of the power button on the Argon case. It still allows you to install the Roon Bridge, yet again making a cost effective Roon Endpoint, so I went with the basic case and did my listening using that.

The One comes without the screen, having spent more on the case and integration. I also felt that the circuit board looked more premium, and although using the same DAC chip as the DAC 2, the Texas Instruments PCM5122 192kHz/24bit Burr-Brown DAC, improvements were made with improved capacitors and I am also told that the case has improved cooling to cope with the higher powered Pi.

So, all in all, once I had done the required assembly, I had a very smart looking streamer. 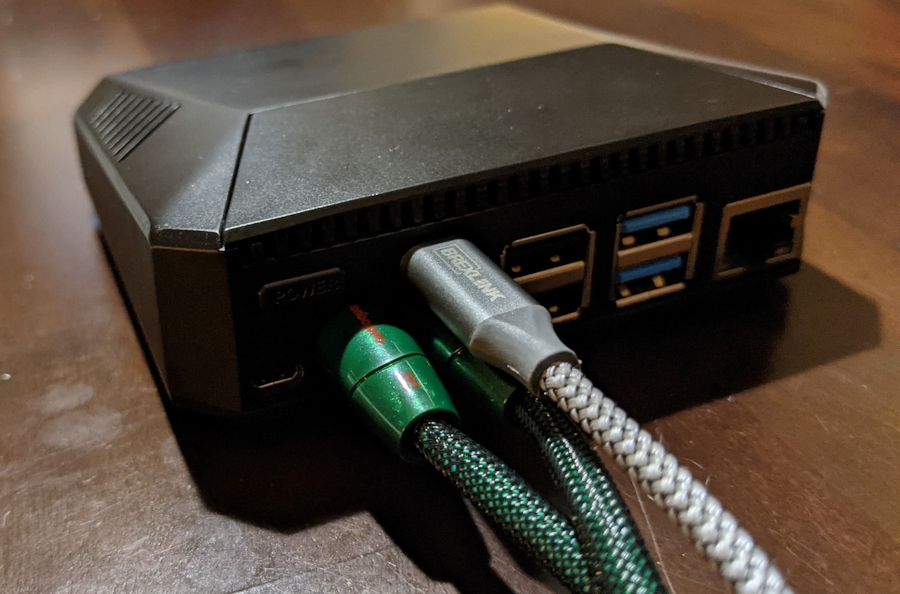 I will start this off and say that there is a very fine line between these two DAC Hats. It took me some time to discern any differences.

In the end I used my headphone setup to do most of the review in an effort to tell them apart. I used my Meze 99 Classics powered by a JDS Labs Objective 2 Headphone Amplifier, along with an iFi iPower to power the streamer.

After listening to Taylor Swift's excellent “Willow”, I realized that the treble in the DAC 2 was just a little softer than the One. There was also a touch more bass depth when listening via the One.

Going to the other end of the spectrum , Seasick Steve's “Roy's Gang” had a bit more bounce to the boogie, the PRaT (Pace, Rhythm and Timing) is just a little better.

Finishing up with Freya Riding's “Poison”, the drums have more presence and the vocals soar. However, the DAC 2 here smoothed everything out a little more.

But the margins here are very fine and swapping out the Pi4 onto the DAC 2 made the line even narrower, to the point where I would struggle to differentiate them in a blind test.

Nanomesher have quite rightly done little to mess with the basics, utilizing the improved Pi4, a better case and capacitors to give some fine marginal gains in the looks department. Around $88 gets you one of the best looking and best thought out Pi cases from Argon, along with a really good streaming DAC.

Adding the $50 iPower from iFi does improve overall detail, and this is still not expensive as a package.

There were some minor issues. If you don't assemble the boards into the case just right, the USB-C power cable can be a little finicky to get connected, if you experience that, I would remove the screws, re-seat the board and you should be fine after that.

I can thoroughly recommend the Nanomesher NanoSound One.