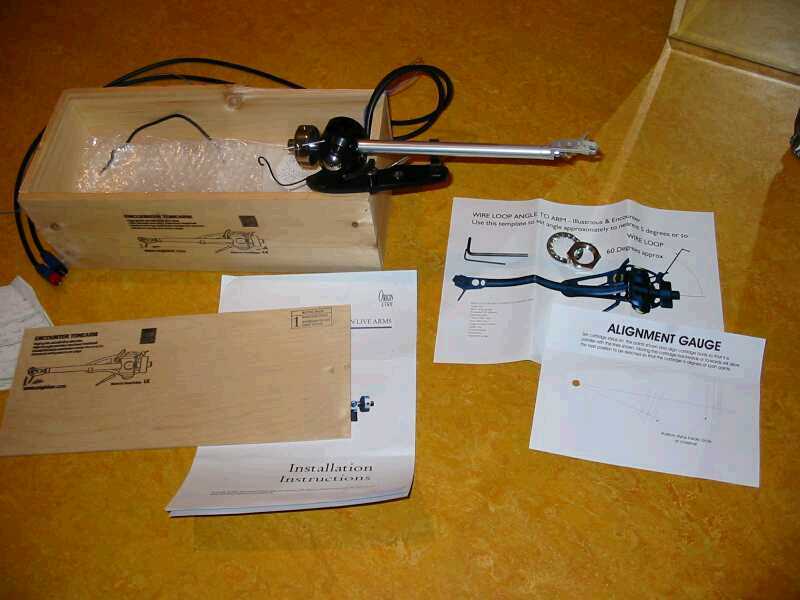 How did I come to this tonearm ?

When I was in the process of reducing my tonearm collection, I had a glance at my Audio Note AN1S ("that handmade beast" 10 inch tonearm, now called "Arm 3" on their web site, which I find quite confusing) and said to that gear: "You have to go home". It happened that my favourite UK dealer The Emporium had an attractive trade-in offer for those who buy Origin Live tonearms. So I gave it a go, sent my AN1S to Nick (the man behind The Emporium) and got a brand new Origin Live Encounter tonearm.

When it arrived at my place, I was surprised that it came in a wooden box. It reminded me to the legendary Zeta. I unpacked the Encounter, and had a closer look. Beautifully made, it did not reflect quite SME built quality, but it was close to, and when touching and moving the wand I got the impression of reliable quality. Unfortunately, the box got a small crack, as it was not inside a second, outer box.


Inside the box is the tonearm with fixed phono cable (Cardas) ending in the famous Eichmann Bullet RCA phono plugs, quite a high standard for a tonearm at this price. Normally you get this quality when buying US tonearms costing at least double the price. With the tonearm I get a set of hex keys, one for the counter weight, one for the antiskating weight. Unfortunately, Origin Live had a change concerning one of their hex screws, so only one hex key was fitting, and the other rather useless. The Ortofon Tracking Force gauge mentioned in the owner's manual was missing, pitifully. It is necessary to adjust tracking force with the counter weight on the non-threaded tonearm stub.
Origin Live should revise their manual. While it contains lots of information, more pictures and a better step by step installation information would be advantageous for the beginner.


The tonearm came with a threaded VTA adjuster fitting in a standard Rega hole. Initially I had a reservation against the VTA adjuster, because I remembered the similiar looking Incognito Rega VTA raiser, which gets loose much too easily.

I was playing an original Zeta, in mint condition, which I bought new from old supply in 2003, on my Linn LP12, a pre-Circus Valhalla'ed model from circa 1990. This Zeta has always been my reference for playing music on the LP12. If in mint condition, it combines most of the strengths of Naim ARO and Linn Ittok without their respective weak points. Though it is not easy to get a good sample, and most offered second hand, are in need of readjusting and/or cleaning the open ball bearings. The Zeta bearings are filled with grease which gets sticky over time. Most Zetas also suffer from bad quality management, as their bearings are adjusted much too tight, resulting in excessive friction killing all the life in the music. On said LP12 I was listening to music with an Ortofon Rohmann cartridge.

So this should be a hard test for a tonearm presumable derived from the ubiquitious and cheap Rega tonearms. The Rega RB250 I once had proved to be unable to play music with my Ortofon Rohmann. That combination had bad resolution, bad dynamics and was boring, too. So I was expecting not too much. 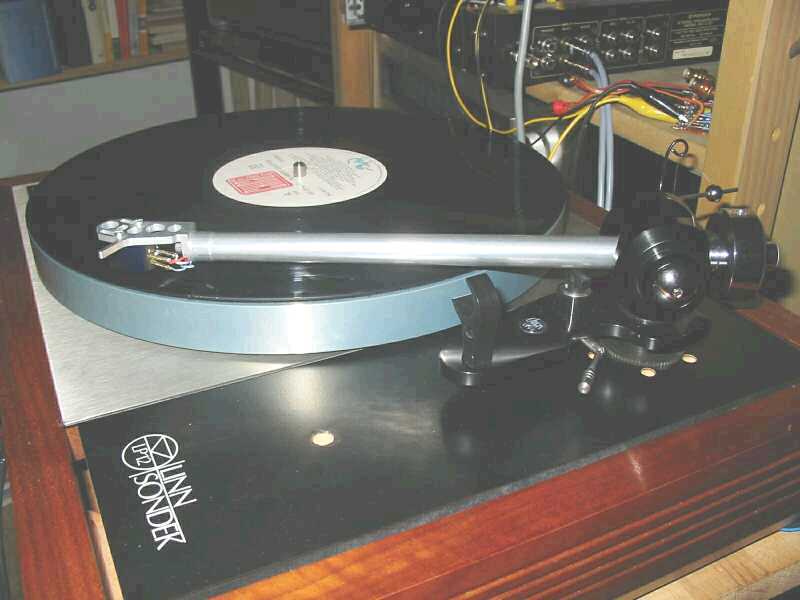 From the first moment the needle did hit the groove, it was obvious that the Encounter is something special. I was impressed by the clarity and definition especially in the mid to treble region, which I thought only unipivots could have, but not gimballed tonearms.

I never heard the LP12 so good ! Even not run in, this tonearm shows its class: it is well above any other tonearm I have heard on the LP12 by a great margin, and really transforms this old deck. It does sing like an Ittok or Zeta, but surpasses them in clarity and fine resolution as well as bass extension. It has neither a bloomy or overripe bass (as known from the SME V), it rather shows all the textures in that difficult region. While I consider the Zeta as an Ittok with a lot of unipivot freedom, one could consider the Encounter as rock solid unipivot, soundwise, because it had the sonic appearance of the ARO with much more balls and solidness.

Driving the Rohmann was no problem. The Encounter betters the SME V in that respect, in my opinion. Also my reservations about the VTA adjuster had been unjustified, as it was easy to adjust and held its position after being fixed. So the tonearm remained in its mounting position in daily use, unlike the Incognito VTA raiser.

It took some weeks of listening to run the cables in. When new, the Encounter sounds a bit harsh on female voices. This will vanish completely after three weeks listening one or two hours a day.

I had to compare the Encounter with my Schröder tonearm on my Pluto 10A turntable, of course I had to !

At the time of the comparison I had the Koetsu Urushi mounted in the Schröder tonearm. Out went the Schröder, in went the Encounter with the Rohmann. I had not listened to the Pluto deck for some weeks, so I got a fresh impression. I liked what I heard, and it was clear, that Encounter and Rohmann are much better sounding on the Pluto 10A than on the LP12. But when I mounted the Schröder back and installed the Rohmann in the Schröder, it was clear, that the Schröder is slightly better in nearly every respect, be it bass extension, treble resolution, freedom of graininess, naturalness. I am sure that on the LP12 or similiar, differences would be quite small, if detectable at all.

So the Origin Live Encounter is the second best tonearm in the "normal Hi-End Class" tonearm I know to date and this means a lot, because I have owned about 60 different tonearms so far, including Immedia, Wheaton, SME V, Forsell, Mission Mechanic, Linn Ekos, Naim ARO, the above mentioned big Audio Note, and many others. And what counts more: it is the best convential (gimballed) one in that class, and the best UK tonearm, too.
Though I cannot rate it against my Pluto tonearms without direct comparison, but it would be unfair anyway, as my Pluto 8A tonearm with 24k gold internal wires costs several times as much.

Origin Live also manufactures higher class tonearms named "Illustrious" and "Conquerer" which look like enhanced versions of the Encounter, albeit at much higher prices. It would be interesting to test how good these bigger siblings are.
There is a cheaper version named "Silver", using a wand similiar to that used in the Encounter, but this wand is mounted on a standard RB250 platform. Pitifully I haven't heard this version, either, but you can read a test report here at TNT-Audio.

The sound is excellent, the cabling is excellent, the build quality is second to SME, and the points to criticise which I found are easy to fix and do not cost a fortune, I hope (no outer box, hex keys, tracking force gauge, manual).

At its price tag, I consider the Origin Live Encounter a best buy.