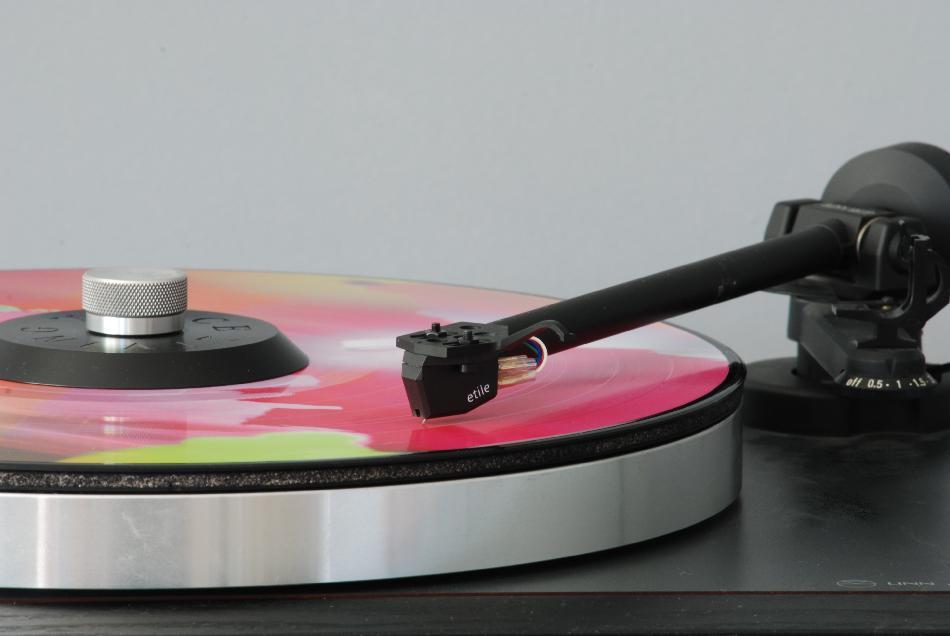 It's fair to say that the market for cartridges is a vast one for those that take an interest in it. Far from being dead (as assumed by the general public) there has probably never been a better choice of quality cartridges available from the very cheap to the thoroughly ludicrous both extremes of which have been tested by this very publication.
The Reson Etile sits in the high performance middle ground of MC cartridges. At this price one should expect all obvious compromises from lower models to vanish and a significant taste of high end sound to appear.
So what exactly do you get for your 950€ and is it worth the money? 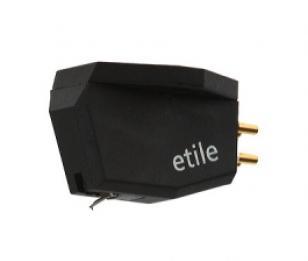 First of all a bit of background - the Reson range consists of 5 cartridges based on Goldring designs. The two MM models are based on the 1000 series with removable styli with the the Mica being a vdH 2 stylus and the more expensive Reca a Gyger S profile.
The MCs are also (logically) based on the Goldring MCs and those of you familiar with the range and who are also Scrabble players will have noticed that the Reson MC cartridge names are the Goldring cartridge names they are based on spelt backwards. The Etile is the middle model of three and based on Goldring's Elite model.
As with most MCs the stylus is not interchangeable so rebuilds are called for when it eventually wears out. A rebuild will set you back 800€ from Reson.

The cartridge body is made from Pocan resin – which is another name for polybutylene terephthalate (PBT) - and is fairly small but solid looking and feeling. The only complaint I have is that the mounting holes aren't threaded – the cheaper MMs are and it makes installation much easier allowing allen key access from above. That said despite slightly trembling hands I managed to install the Etile in my Linn Akito on the Linn Axis without any major issues – the cantilever being set in a groove shape (see photo below) makes alignment a breeze.

The stylus is a Gyger S as per the Reca. Output is a healthy 0.5mV and the recommended load is 100 ohms so I set my CEC PH53 phono stage accordingly. Tracking force is recommended at 1.7g with the arm set level.

The rest of the system was a Canary Audio 608LV amp into Linn Index II speakers. Cabling was Oyaide between the CEC and the Canary and Hitachi LC-OFC speaker cables and everything sat on my Lavardin K-Rak. 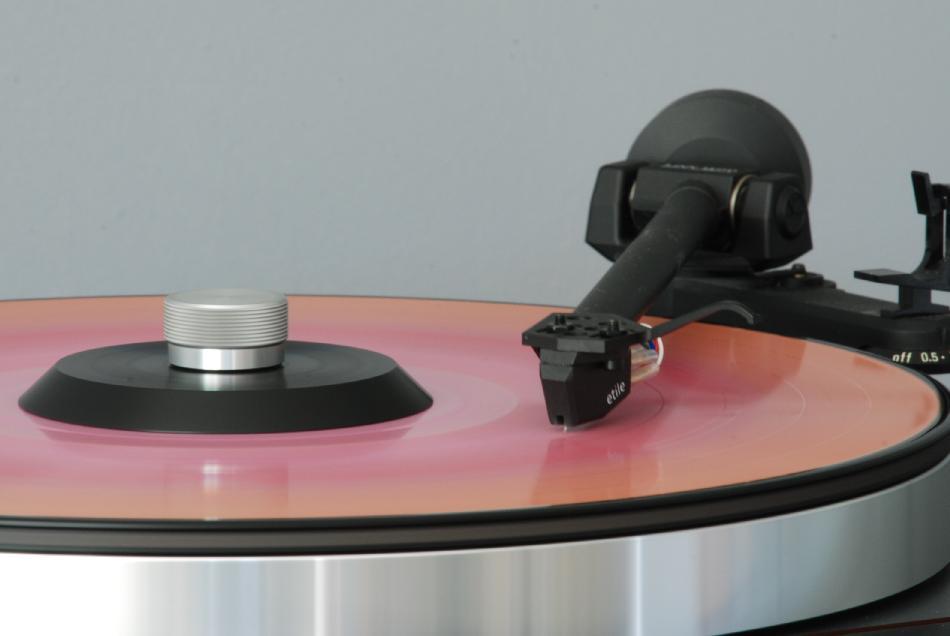 Having been a long time Reson Reca user (reviewed by Thorsten several years ago) I was interested to find out what it's bigger brother was capable of:

Initial impressions were good if not stunning – I guess I was expecting a large jump similar to that when I changed previously from a Linn K18MkII to the Reca. Rather than blowing your socks off with fireworks the Etile works it's way insidiously and it's only on extended listening that you realise what it's capable of.

This tendancy is very apparent on bass lines – there is a speed and lightness of touch which the Reca doesn't manage. It's suddenly more tuneful and apparetly simple bass line you thought you knew is in fact a more complex beast – this is well highlighted on Jamiroquai's Space Cowboy album. Kick drums are also clearly reproduced – something which particularly pleased me as I admit not hearing them is something that winds me up intensely!

The speed carries on throughout the audio band – leaving the Reca dragging somewhat. Had I not known that the turntable speed has not been tampered with I would have been tempted to check – the first Friendly Fires album had great pace and the Etile managed to sort a couple of the more difficult tracks out getting everything in the right place at the right time which is not always the case on this record.
What is slightly weird is that the cartridge maintains speed while also giving the impression that the music has more time in which to happen. Everything stops and starts correctly – there's less what I can only describe as smearing of leading and trailing edges of notes than with the Reca.

To see what the Etile could do in the detail department I got out Zappa's You can't do that on Stage Anymore sampler. The track "Sharleena" has Frank's son Dweezil on lead guitar along with Frank and Ray White also on guitar along with keyboards and percussion. Previously having 3 lead guitars at a time had always seemed a bit of a mess so I was intrigued to see if the Etile would sort things out.

Straight off the bat it cleaned up the percussion placing it accurately in the soundstage and highlighted various previously hidden backing vocal comments and (probably ad lib) variations from members of the band (which are often quite amusing). The keyboard line was also clearly separated from the 3 guitarists it's having to battle with to be heard.
Once Dweezil gets going with his solo you can really appreciate how good he is (and was bearing in mind he was about 12 at the time of the performance). When Frank and Ray White join in for a (sort of!) Allman Bros type multi guitar solo everything is just as you'd want it to be. You can listen to one guitar (and any one of them at that) or all three together. All in all extremely enjoyable although I'm still at a loss as to where the Battlestar Galactica reference at the beginning of the song comes from..

From what I've written so far you may be thinking the Etile is all about speed and detail but may be lacking in substance. Fortunately that's not the case. There's weight and instrumental texture as well. I dug out my copy of Bjork's Post – on the track "Possibly Maybe" the synths had a more natural analogue feel than with the Reca whereas the electronic percussion sounds just that and could never be confused with the real thing but with a very satisfying thud to the kick drum and a strange but effective dry snare sound.

“It's oh so quiet” also came across very well with the big band having a realistic attack, dynamics and weight. This is also somewhere where the Etile would seem to better it's little brother – the difference between quiet and loud is wider which can surprise you if you've set the volume level based on previous experience. As for Bjork – she was her usual explosive high pitched self but without any obvious harshness in her higher registers which can be an issue especially if you have a modern furnished room with lots of hard surfaces.

As a final listening example I tried Jamelia's "Thank You" on 12” single. The Etile produced the widest soundstage I've had in my system so far spreading and projecting the chorus vocals out beyond the speaker boundaries whilst keeping the main vocal solidly locked in the centre. This was combined with some substantial deep bass weight on the "Club Hoppin" Remix which lives on the B side of the record.

I could go on with listening examples but from the above you can probably guess I like this cartridge a lot. However I'm keeping in mind that 950€ is a lot of money in most peoples' books and is certainly more than the general public even believes is possible to pay for something that is dragged across a piece of plastic to produce sound. To this you need to add a suitably decent low noise phono stage if you're going to have any chance to get the best out of it – not to mention the arm and deck that you're mounting it in.

And yet I find myself thinking that the Etile is worth every penny. It allows you to understand music better and what the artists are playing and what they want to say to you. Certainly if you're upgrading from something in the 400€ mark you've probably got a new record collection to listen to and I'm pretty sure there will be plenty of “I didn't realise that “insert instrument here” line was like that" moments along with plenty of grinning.

A big thumbs up from me then - I wonder what the more expensive Lexe is capable of?