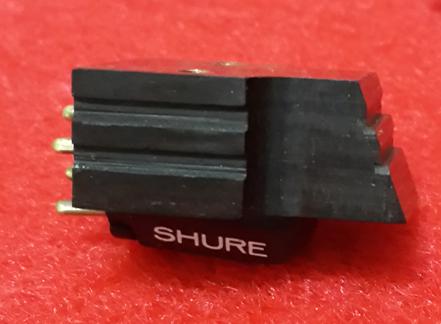 This article is more in the way of a comparison between styli rather than an exhaustive test of the cartridge itself. An extensive review by Geoff Husband in 1999 here on TNT-Audio.

Having been given a Shure V15 V with type III stylus by a friend (getting it to the other side of the world, South Africa, proved easy but not cheap!) I set about going through my LP collection. A major advantage of this cartridge came to light as the stylus dropped the first time. The surface noise, as compared to most any other cartridge I have owned or used fell rather dramatically!

On an off chance I approached Blue Angel Audio in Cape Town with a request for perhaps re-tipping with a Gyger stylus. This resulted in a wood bodied Shure V15 III with Gyger tip, Andre Hanekom having done this some time ago. 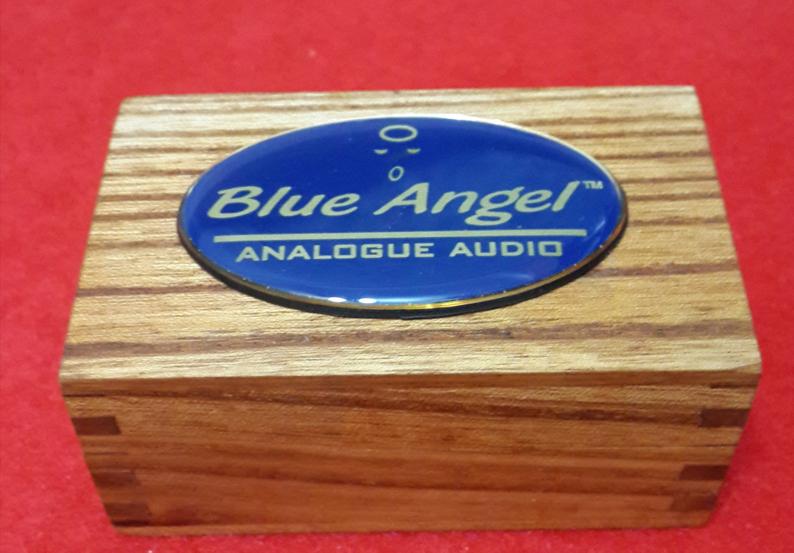 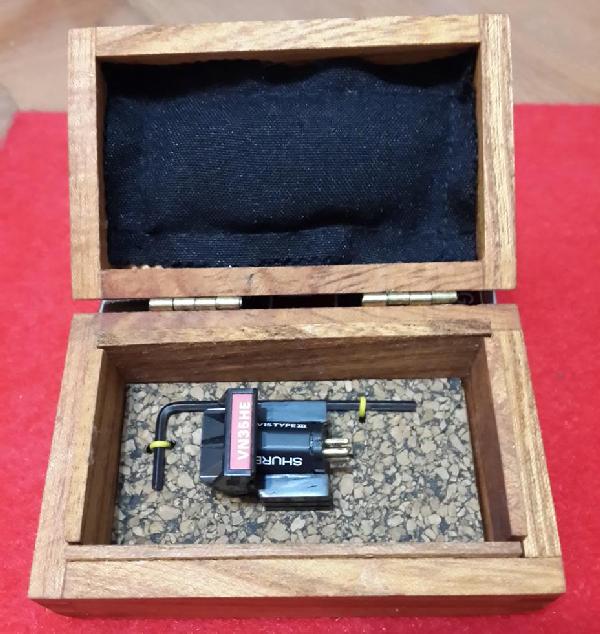 As can be seen the presentation is very good and the workmanship in the box alone gives some idea of how much attention has been given to the cartridge which has be re-bodied in wood. 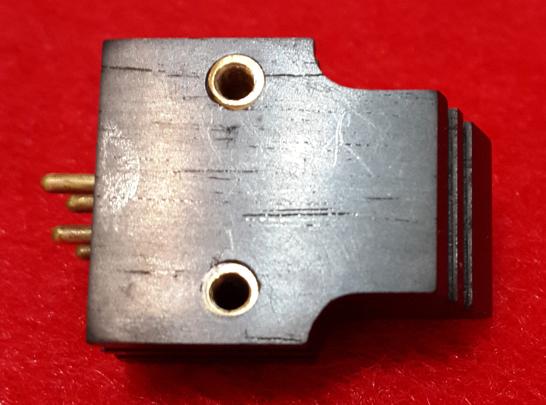 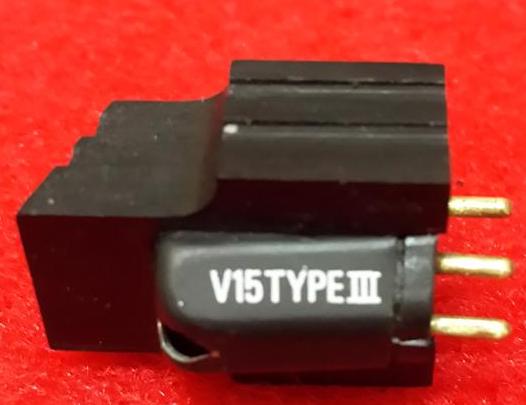 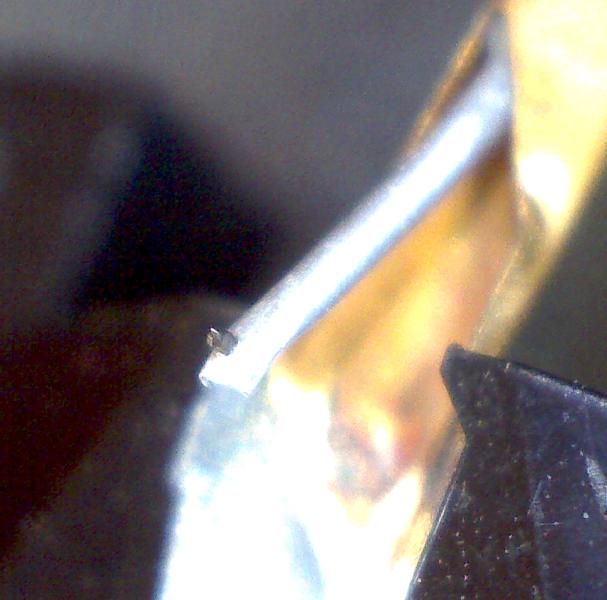 With the re-body Andre fitted threaded inserts into the cartridge body which makes it a breeze to fit. At right a picture of the Gyger tip and cantilever. The original Type III cantilever is much thicker and by comparison almost clumsy.

The Shure literature claims the differences between the Type III, IV and V are only in the stylus itself and listening to the Type III and Type V from wajonaudio.webs.com/ (my friend's website) using both styli, I can hear no difference other than those from the different tips. Andre at Blue Angel also could hear no difference between them. This made it quite easy and much safer to change from one to the other by swapping head shells rather than styli. 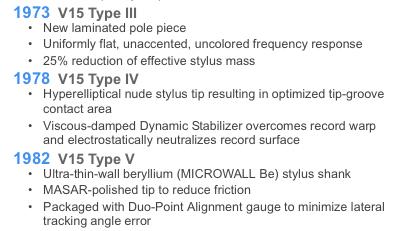 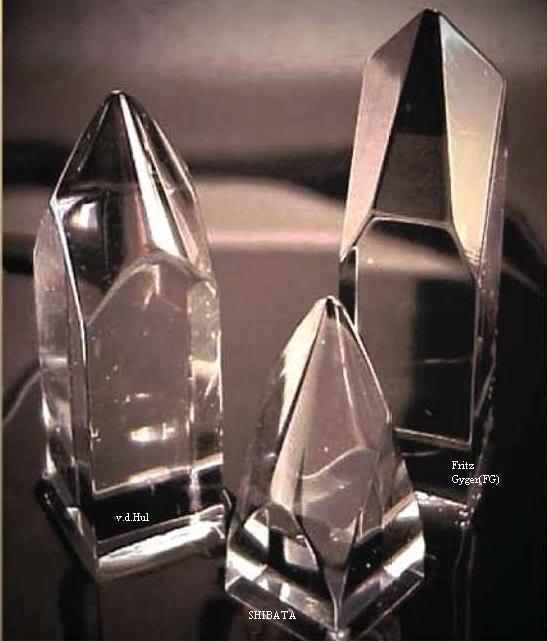 Some Tip shapes. Left in the picture a Conical tip. Middle the Shibata and Right the Gyger

This is offered for what it's worth as there is very little about the Gyger tip on the net.


A point I need to mention here is the equipment used for listening and rather than an exhaustive list of LP's (far too many to write down) only a few comments needs suffice. Amplification was by way of SE 300B Triode mono blocks with valve preamp. These were built to the highest standard by Alan Hobkirk here in South Africa with all the usual Silver wires, Cerafine caps and fancy output transformers. Speakers used were either Goodmans Axioms in reflex cabinets or Tannoy 12" Monitor Gold drivers in a back loaded horn.The turntable is an EMT 948 with the standard arm and via a Jolida phono stage to the amplification. Cables are all either DIY or in the case of speaker leads, heavy rip cord as I do not subscribe to cable fetishes.

The Shure has a very well earned reputation for "ruler flat" response and it shows. The sound with the Type III stylus is detailed, musical in that the timbre of the instruments is correct and very pleasant to listen to. Tracking is above reproach generally although on some LP's there are slight signs that everything is not happy.
Invariably these LP's were, apart from being very well played and old, recordings of French Horn, Tuba or heavy Organ bass. The Gyger tipped stylus tracked through those LP's without a care in the world and so far no signs of mis-tracking at all. The Gyger also brings quite noticeable increase in detail and with even less surface noise. This combination is so good I gave away my Benz Micro cartridge and put my others into storage.

I listen to a lot of organ, orchestra, brass and some very strange things, Fairground Organs and Theater Organs spring to mind and all these the Shure/Gyger plays well. In all honesty apart from the likes of some very expensive high end cartridges I'm not convinced this can easily be beaten. Only one other cartridge I have heard or owned has sounded so sweet and more to the point made me want to listen to LP's again. And that one was also from Andre.