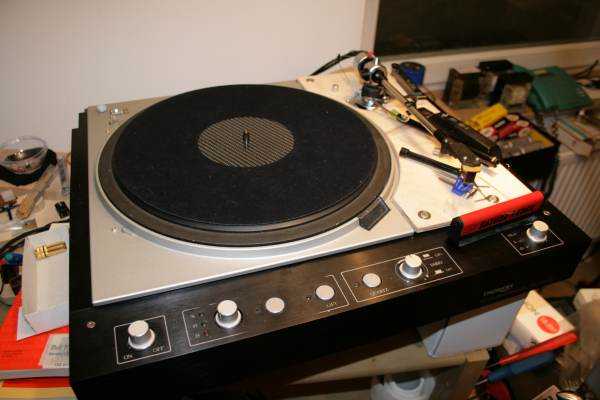 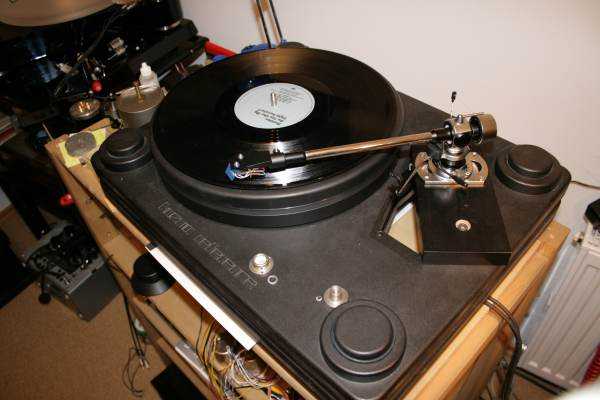 When SME launched this tonearm, I was curious about its sound and performance. While it looks old fashioned with its weight-and-string antiskating device, at the same time it is built using modern materials: tungsten counterweight, magnesium headshell, stainless steel armwand, brass elsewhere. It even offers VTA on the fly, using a fine thumb wheel at the base. This seems like an attempt to bring an SME entry level tonearm into the 21st century. Some folks might not like this mix of materials, but to me, sound is everything, so I bought such a tonearm, when it appeared on the second hand market.

The tonearm uses the common SME sliding base, so mounting was in a breeze. But be careful: while the ubiquitious SME 3009 series 2 improved is just a short 9 inch tonearm, the SME M2-9 is in fact a 9.5 inch tonearm, whereas the SME2-10 is a 9.75 inch tonearm. To me this does not make any sense. At first I thought, Ok, SME sells the longer version for the decks with a bit bigger platter, while using the same headshell. But I was mistaken: the SME M2-10 headshell has a very very slightly different angle compared to the SME M2-9 headshell, and even has a "secret mark" on it: two dots, while the 9-inch headshell only has one dot on the underside. For more information please go to the manufacturer's website.

Built quality is excellent, the usual SME standard. So fast forward to the essence: What is the sound like?

When I got this tonearm, I had a Graham 2.2 to compare, and later a Fidelity Research FR-64S. In 2007, I got a Schroeder No.1 of current production and a Pluto 2A unipivot tonearm, and for some limited time in December 2008 and January 2009, I had some Triplanars IV and VII at home. Well, before I got the Schroeder and Pluto tonearms, I found only praise for the SME M2. It is in most areas as good as the Graham 2.2, using ZYX RS30H and Lyra Dorian cartridges, and it betters the Graham 2.2 in bass reproduction. How can this be? Well the Graham does not have a unipivot sound. Indeed, I was a bit disappointed that this US tonearm missed the airy freedom that nearly all unipivot tonearms possess. Then, the SME-M2 is very well balanced: there is no stainless steel glare - unlike one expects from the the material for the armwand, there is no magnesium overdamped foggy treble region or no treble harshness induced by heavily preloaded bearings - unlike one might expect from listening experiences with SME V, and so on. The SME M2 is vivid, dynamic, with near unipivot style treble, yet at the same time has a solidly grounded foundation.

When comparing to the FR 64S - a tonearm which deserves an article by itself - it shows its superior detail resolution, but lacks the last bit of bass power. Though these differences are not that big, even the musical representation is quite close, and the M2 could even be mistaken for the smaller brother of the FR-64S. It is funny that these days the FR-64S fetches up insane prices on ebay, while the M2 could be had for less second hand.

The Triplanar offers considerably better fine detail resolution, but lacks a bit the solidly grounded foundation: You hear all the tones, yet you cannot understand the plot sometimes.

When compared to the OL Encounter, the OL tonearm shows up its superior treble region, which is really something special, as with all of the more advanced OL tonearms. The SME M2 has a solid grounded bass fundament, on the other hand.

Grabbing in my sonic memory - this might be difficult and dangerous at the same time - the SME M2 reminds me of the Linn Ittok in its character. Though they differ in a very important aspect: the Linn does work only well a Linn LP12, and surprise, surprise, also on Garrard, whereas the SME works well with about every deck. Without having these two tonearms side by side, it is difficult to express a view about their qulities. If I were to guess from the comparison of Ittok vs. FR64S which I made years ago, when the FR-64S showed up sonically superior, and the comparison of SME M2 vs. FR64S which I did last year, I might conclude that the M2 is sonically way better than the Ittok.

Enter the real superarms, Pluto and Schroeder. Whilst not being perfect themselves - remember: there is no such thing as a perfect tonearm - they show up the limitations of the M2. Both have superior resolution of fine detail, better micro dynamics and transparancy, bigger and deeper soundstage. Both are considerably more expensive than the SME M2, though.

So far, I have mounted Lyra, Kiseki, Koetsu, Tubaphon(EMT) cartridges in the SME M2, and I have mounted the M2 on Kuzma Stabi Reference, Scheu No.2, Garrard 301, Thorens TD524. It worked well in all cases, just not as good as my superarms ...

BTW, I was positively surprised that this tonearm comes with phono cable and internal wiring on SME V level rather than on SME 3009 level. 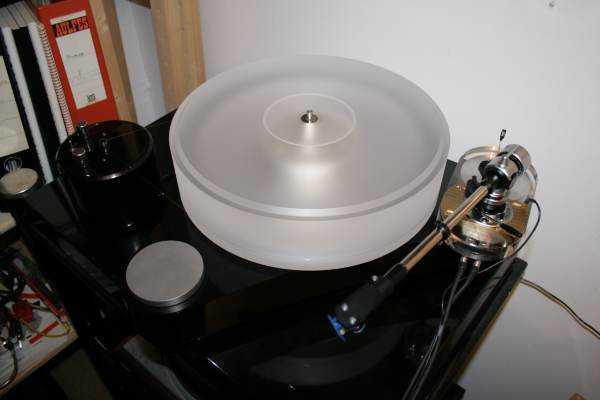 Given the current retail price and the even lower second hand offerings that you can find at the usual marketplaces, this is a real bargain. The SME M2 is a stunning performer, well balanced in its qualities, and mates well with a lot of cartridges and turntables. Last but not least, it costs a lot more money to get a tonearm which betters it.