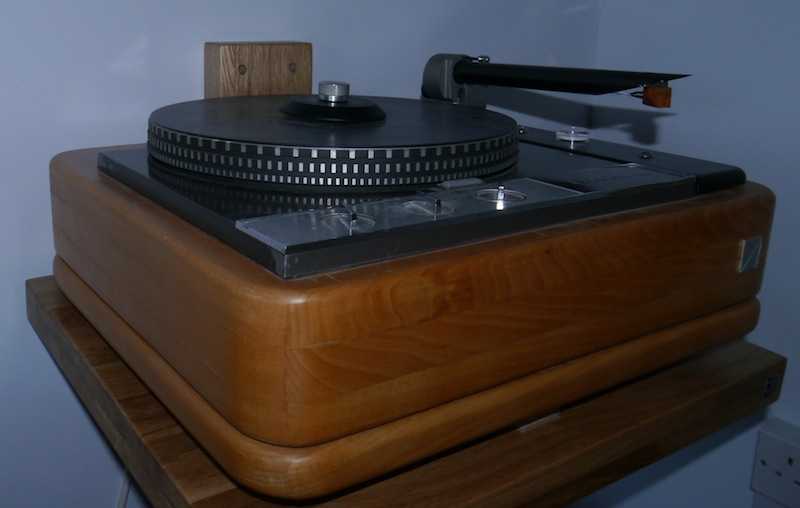 Back in July 2012 I wrote a piece on the Wand tonearm produced by Design Build Listen and at the time promised a second part to the review using a more up market cartridge. The intention was to have my Dynavector Karat Ruby rebuilt and use this for the second part, unfortunately the Dynavector died during the rebuild process but only after several weeks away and this has delayed the second part of the review. I was fortunate then to be offered a replacement cartridge at good price and this turned out to be a Benz Micro Wood, 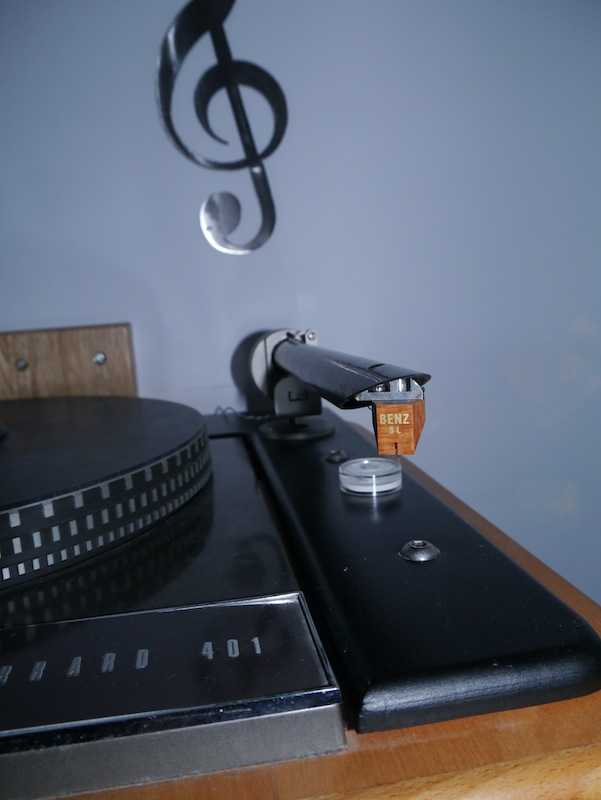 When the Benz arrived I discovered to my horror that it has no stylus guard so it was put to one side while I plucked up the courage to fit it! After a several weeks and a nudge from Simon at Design Build Listen I started to fit the Benz! I assumed that as the arm worked well with the Denon it would be a simple matter of swapping the cartridges. In practice I discovered how poor a job I had done with the Denon as both the turntable was not level and the arm board not aligned with the rest of the turntable. Just before I received the Wand I had changed my turntable shelf to something a bit more in keeping than the black painted steel affair I had been using. The new shelf is made of oak and the manufacturer claims it can support significant weight without moving. In my case the significant weight must have been less than my Garrard 401 in the wooden plinth as the front of the shelf had settled by about 2cm. I added a spacer to the front and after a lot of fiddling got the turntable level. I then checked the arm board and it required shims adding so it was level, I am not sure how the Denon had worked so well when the arm board was so out of align with the rest of the turntable.

The clue to the alignment issue was the Wand would not move freely, it was catching on the support pillar and it only worked as designed once everything was level and aligned, obvious in hindsight and shows my lack of experience! Now the alignment was correct I could set the tracking weight and finally breath a sigh of relief! I then checked and double checked everything, played a few records and checked again followed by another sigh of relief, this is scary stuff fitting a relatively high end cartridge. I should add the fitting and alignment issues are not the fault of the Wand, just my nervousness and lack of experience with this level of cartridge and arm.

How does the combination sound?

Now, I hope, we are getting to the bit you all want to know, how does the combination sound? Only one word is required, marvelous! The objective for this second part of the review was to explore how the Wand would work with an up market cartridge compared with the cooking Denon DL103. The result is a combination that in my system and experience sounds sublime whatever the music. As in part 1 of the Wand review I started with the Michala Petri album with the Academy of St. Martins-in-the Fields directed by Kenneth Sillito, this is a marvelous recording and with the combination of the Wand & Benz it was delivered with huge scale and most importantly the rhythm was so infectious. Up until now my favourite piece has been the William Babell Concerto in C, Op. 3 No. 1 but this time the Gordon Jacob suite on side 2 was for me the most attractive, the tone of the treble recorder was just perfect, such richness and the sound stage was large scale and the recorder placed right in the middle with a real sense of three dimensionality.

Next on the platter was the Simply Red debut album Picture Book, this was more of a problem as it kept jumping on side one. This is not too surprising as the album cost me 10p at a local village fete! I must give the album a clean and try again. The second side worked well, playing through without a hitch, on this side is my favourite track, Holding Back the Years, probably their most famous song. Until now my preferred version of Holding Back the Years was a live recording done at Newmarket Race course during their 25th anniversary tour in 2010. I had the original CD of the album which is good but a bit flat sounding. The vinyl version played via the 401, Wand, Benz combination is so much better with a real sense of the band being in the room playing with good rhythm and drive. The bass line on Holding back the years was excellent with good separation of the notes and tone.

The Donald Fagen album The Nightfly was next and again the most striking aspect is the rhythmic precision and drive, you could most be forgiven in thinking it is a drum machine not a human playing the drums but as the album was issued in 1982 unlikely, besides James Gadson is credited with playing the drums along with Jeff Porcaro, Ed Green and Steve Jordan. If you know and like Steely Dan then as one half of the duo fronting the band you will enjoy the familiar sound of Donald Fagen.

So far the focus has been instrumental mostly, I know Simply Red and Donald Fagen both have good vocals but the missing element for me is female vocals. To rectify this I turned to the Christine Colister album Love recorded by the team at Rega Research, the master of the affordable vinyl player. This is a very simple, largely acoustic recording and Christine's voices comes across with a rich tone and clarity. This is not my favourite female vocalist and the recording does not capture the voice as well as I was expecting. The bass pedals on the track lighter than air are just amazing, I have never heard such low bass so clearly defined on vinyl plus the harpsichord and acoustic guitar come across with great delicacy and air.

In order to explore the female voice a bit further I dug out some vinyl from my favorite artist Mary Black. The first album on the turntable was Babes in the Wood, I love the CD version, particularly the track The Thorn Upon the Rose. The vinyl version has never really worked for me, I expect the compression required to fit 25mins a side has taken the edge off it. The Wand & Benz combination give this album their best shot but still it is a bit lacking. Mary's voice on The Thorn Upon the Rose is superb, the best I have heard from this album but for me the CD is better, sorry this is heresy I know. The final album on the turntable for this review is No Frontiers by Mary Black, this has always been my favorite vinyl Album from Mary and it was my first of hers on any medium. This album comes across with great rhythm and timing whilst Mary's voice is rich and dynamic, superb.

Whilst pondering what to say in the conclusions I was listening to Mary Black singing No Frontiers and I think this one track demonstrated everything the Wand & Benz combination has to offer. They produce the deepest and best quality bass I have ever heard on vinyl, the acoustic bass is just amazing. At the same time the female voice is very good, perhaps not as good as I remember from my Dynavector in my regular Rega arm but still very good. Compared with the Wand and Denon combination the Wand let the Benz show off the increased bandwidth, particularly in the bass. The high frequency end of the scale was also allowed to shine, the much better Gyger S stylus compared to the standard circular one used in the Denon gives increased resolution and delicacy.

At the asking price this is great tonearm worthy of almost any cartridge with one word of caution, the Wand is simple in concept but far from simple to setup so take your time, get everything level and you will be rewarded with the best possible sound whatever cartridge you choose. Since I wrote part one of the review there have been a few additions to the product catalogue at Design Build Listen, there is now a 12" version of the Wand for those lucky few able to accommodate it. In addition the Wand is available at some dealers in the US, UK, Finland and Italy, please contact Design Build Listen for details.