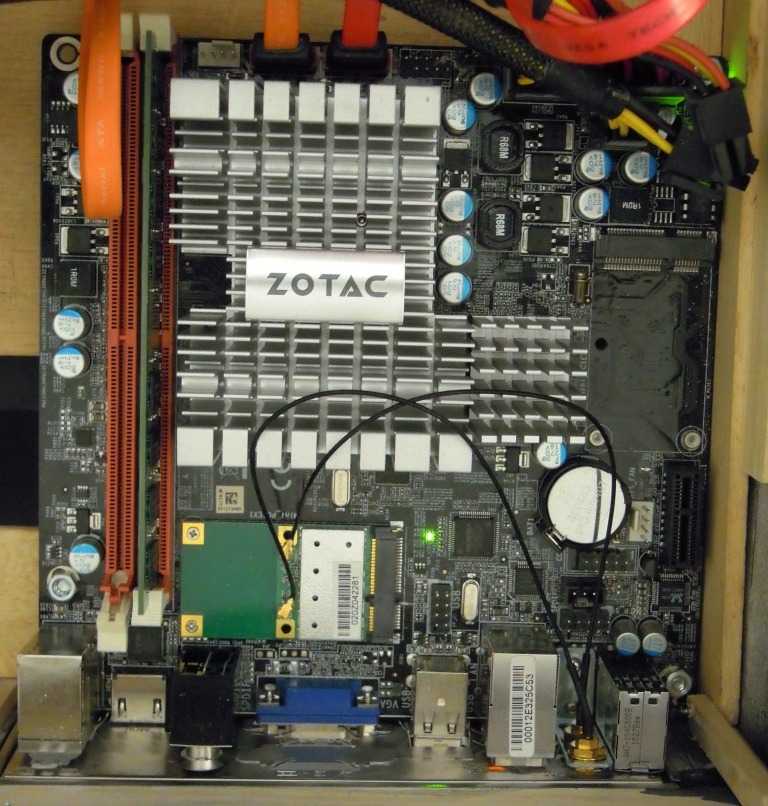 A motherboard review in an audio magazine is nothing unusual these days. In fact it's a long time since multimedia first crept into the most sacred sanctuaries of pure audio. And now you are thinking that TNT has finally fallen in the trap,

No - even though perhaps not exactly in line with the purist "real stereo" tradition of TNT, computers are becoming a very powerful, flexible and portable music source. It is an undeniable fact.

What is probably less clear to some purists is that:

The major advantage, in my opinion, is in terms of flexibility, robustness and... physical compression.


In my specific case, for example, I have quite a few classical music records on vinyl . Dynamics, especially pianissimo, and female voices are a real issue with vinyl: The defects (clicks, distortion, etc.) of vinyl when applied to rock don't sound so bad, but transfer them into a classical music record and this will sound awful, a real pain to listen to.
Moreover, vinyl deteriorates with each play. So I decided to transfer all my vinyl into an hard disk. Now almost 1 meter of my record shelf is condensed in a small part of a small hard disk...

This is (hopefully) the first article of a series derived from this experience.

I do not want to get too technical, all specification and documentation is available on the ZOTAC site.

I have chosen this board for an audio pc for a few reasons:

The processor is an Atom D525 dual core, disks are connected via SATA 3Gbps, it can accept up to 4GB of memory, it has also an ethernet connection.

As an OS, I have installed Windows 7 Professional, essentially because the systems I use for my job are all Microsoft based, and I wanted to test it.

For the specific audio task it might be enough or even better to install some Linux version. However Windows 7 is considered far heavier then Linux, so from a performance standpoint this might work as a worst case test.

Installation has been completed without any trouble, just following installation instructions.

The audio card seems to have a completely standard behaviour and configuration interface, which makes things easy.

Apart the preinstalled Windows Media Player, I have installed Foobar as further player. It is flexible, compact, freeware, open-source, no frills at all. 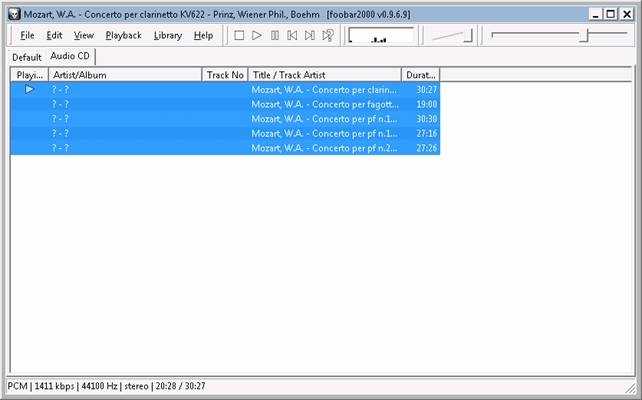 Everything has worked as expected from the very beginning. Really few issues.

Absolute Computer performances is far from the best, and I do not dare to play videos, but I have never experienced any trouble whatsoever during recording or playback. It can also play without any problem while ripping another CD, or executing complicated backup reorganization tasks.

This is what in the end matters in an audio system: given the requirements, it has been a good choice indeed.

I was very curious to check the jitter performances of this unit, just to understand where PC technology stands from an audio perspective. The results are rather surprising...

The setups used were the usual configurations:


Moreover, I repeated the same tests using a wav file on the hard disk, the results were definitely comparable.

The digital output jitter is remarkably high, around 1400ps, as it is evident from the jitter spectrum. There is really a lot of noise, not caused by a ground loop, because the test, using a decoupling 1:1 transformer, gives similar results. 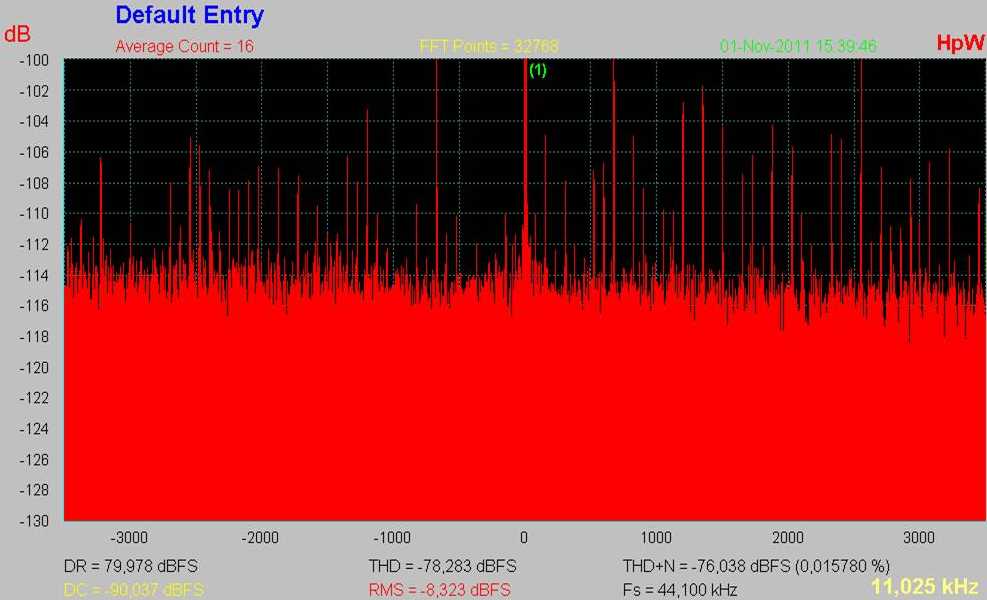 In the other hand the analog output jitter figure, which was the one I was more worried about, is far lower, I would say remarkably low, given the fact it comes directly out of the internal audio chips, placed in the middle of the complex, packed and noisy board of a consumer PC. With its average 300ps it scores better than many audio players. Unfortunately, figures do not tell the whole truth. The noise floor is rather high, with respect to other systems, and this could have some effects on music not accounted for in the jitter figure (in facts it takes into account only spikes coming out of the noise floor, so that an high floor can hide jitter components). 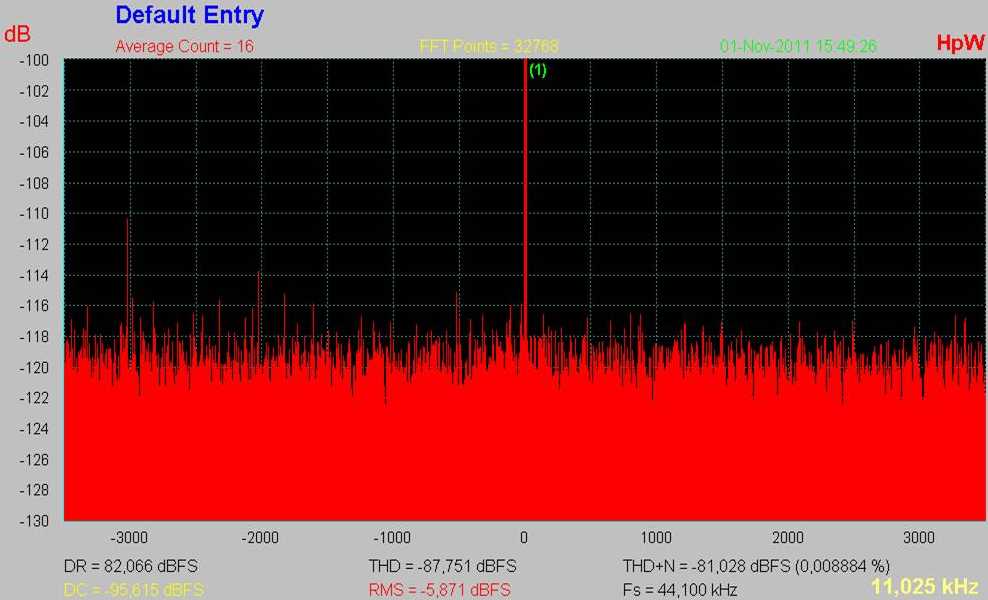 For this test I ripped few reference CDs with EAC to the hard disk, and played them with Foobar.

The sound is very fluid, smooth, precise. Detail is present, but not overwhelming. You can always follow all the patterns of the musical plot.

With classical music the presence is statuary, solid, the strings sound is compact, full, heavy and yet detailed. Low frequencies are present in the right amount, highs are never hissing or edgy. The tonal balance is the same as the reference. The stage is stable, precise, realistic, deep, you really feel the air around and behind the singers, as far as the recording allows.

The problems are a slight loss of sense of rhythm and an excessive politeness, which could well be correlated with the jitter diagram above.

However the differences between this sound and the reference (a DIY, PCM1738 based converter driven by my modded transport - forgive me, I'm aware that the peculiarity of the reference doesn't help) are insignificant.

For this test I played the references CDs from the hard disk with Foobar through my reference converter.

The musical content is as correct as usual, but voices are very slightly dull and there is something preventing or, better, making slightly more difficult for the listener to get completely involved in the music, to make him/her tap: typical effects of high jitter.

But again, the differences between this sound and the reference are very subtle.

Up to now, I have recorded many dozens of vinyl records and I must say that listening to them whenever I want without putting them to risk is a real pleasure.

In this extent, recording quality is almost secondary: usually, as any sane person ;-) I listen to the music, not to the sound of the system...

However, I have done some comparison test between the original vinyl, played through the same chain I used to record, and the digitally recorded signal from the analog output. The difference is really subtle, far less evident than expected. Tonal balance, stage structure, dynamics are exactly the same. The only relevant difference, again, stays in that the digital recording seems a little less pressing, a little more polite and educated than the original. But really just a hint.

The most strange fact, however, is that even some of the typical analogue aura of vinyl seems preserved in the recording.

So I could really live with the digital copy. For sure I am far more stressed by vinyl nasties, especially wear; most of my vinyls are more than 35 years old... and the previous owners seem to have been music lovers, playing a record again and again, and not audiophiles at all!

After wrapping up all this information, I was a little disconcerned: the audio results were scarcely in line with measured performances, and this is something really rather strange - I had never faced a case in which a 1200ps jitter source produced a more than acceptable sound, if not a really good one.

At this point I decided to make some further investigation. First of all, I repeated jitter tests on the PCM1738 converter (I made them only long time back, and many things changed in the meanwhile). The results were really interesting: this is the jitter diagram obtained by driving the converter from the digital output of my EWX2496 card. The figures, 185ps as average, are really very low, the second lowest I ever measured (after the Weiss Medea!!!). 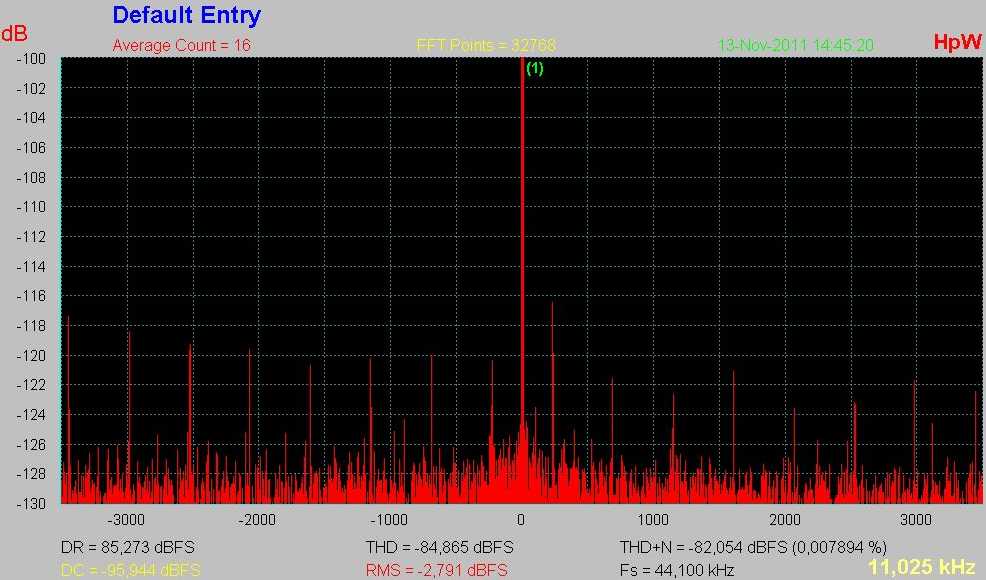 Then I repeated the Zotac SPDIF output test with the PCM1738 based converter instead of the TNT1541, and I found a great surprise. Calculated jitter was far lower then the value obtained with TNT1541, around 416ps. 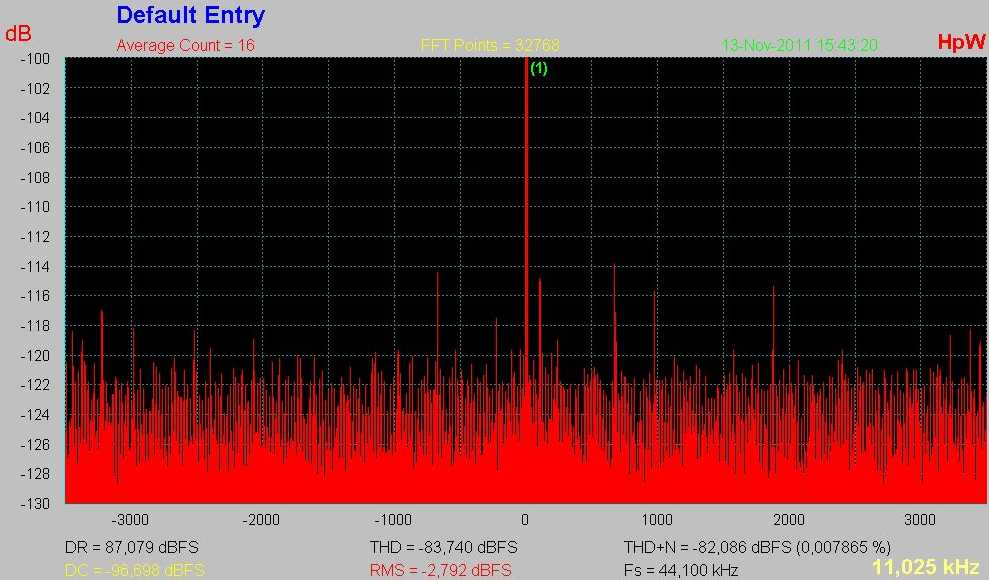 As the digital receiver stage in both TNT1541 and PCM1738 dacs is implemented with a CS8412, the only explanation I can find is that the PCM1738 is really able to absorb a large part of the input jitter. This might explain why the perceived differences in the listening tests were so low, but also gives a measure of how far technology has gone, also for low cost, oldish DACs (the PCM1738 is 4-5 years old and "not recommended for new designs" by TI).

Modern motherboards, even a rather economical one, as the one presented above, seem to have reached a reasonable sound quality level, comparable at least to a good consumer audio player.

Given the added flexibility, the advantages of using a computer system as playback source are evident.

So, even though I have not yet bought any liquid music, and still like to keep my music on physical records, I understand that audio will have a liquid future.