Call of the Valley 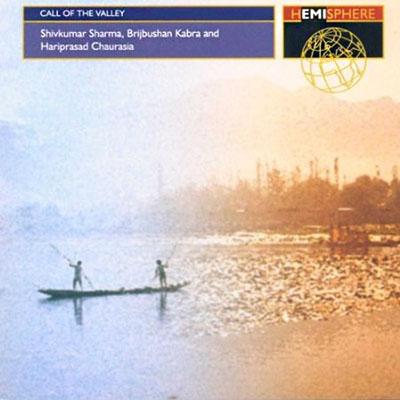 What seems like almost a lifetime ago, I was travelling in south-east Asia, and was temporarily laid up in the Tye Ann Hotel in Georgetown on the island of Penang in Malaysia. A mosquito bite on my foot had turned septic and I could do little more than lie on my bed. Fellow travellers sharing my room brought me food. My Sony Walkman, and some books were the best way of passing the time, and a room mate kindly lent me a cassette tape to augment the small collection that I carried with me. I still clearly remember listening to that tape for the first time, little realising that the album would become one of my all-time favourites.

The room mate moved out a day or so later taking the tape with him. I resolved to try and find a copy but stupidly didn't write down any of the details. By the time that I was in a position to look for the album, I had forgotten the name, and the names of the performers. Nearly ten years later, and now back at home, I was in my local library and reading a music magazine. I had got nearly to the end of it when I turned a page and saw a review for an album named 'Call of the Valley'. By the time that I was half way through the review, I knew that it was about the same album that I had heard ten years previously. It now seems incredible, but in those days we still had a shop selling CDs and LPs in our small town, and although they didn't have that CD in stock, they agreed to order me a copy. And that's how 'Call of the Valley' came into my music collection.

I've since learned that this album is something of a classic with the likes of George Harrison, Bob Dylan, and David Crosby amongst its list of fans. So what's so special about it?

Perhaps the first adjective that I would use to describe the music is 'atmospheric'. Played at a low or high volume, it simply oozes atmosphere. The way that it's recorded picks up the ambience of the recording venue, as well as bringing each instrument clearly into the sound stage keeping each one separate from the others while allowing the sound of all of them to blend together. This creates something that is greater than the sum of its parts (I guess that applies to most music that is not a solo performance). The atmosphere, and the music is traditional but, due the use of more modern instruments such as the slide guitar and flute, also timeless.

The album 'Call of the Valley' was originally released in 1967 by EMI, and featured musicians: Hariprasad Chaurasia, Brij Bhushan Kabra, and Shivkumar Sharma. The instrumental album follows a day in the life of an Indian shepherd from Kashmir. It's fair to say that it has been one of the most popular Indian albums, and one that has become best known in countries outside of India. The instruments are slide guitar, santoor, and flute.

I find that as a rule, if I like something straight way, I grow tired of it quickly. Conversely, something that I don't like the first time I hear it, sometimes becomes one of my favourites. 'Call of the valley' is an exception, I liked it the first time that I played it through my headphones in that hotel room, and today, 30 years on, my pleasure increases almost each time that I play it on my hi-fi. It's an album that I would play for pleasure, rather than using for reviewing purposes but while reviewing recently, I set the computer to play random tracks, and it played the track 'Bhoop'. I was pleasantly surprised just how much better this album sounds as the system gets better. In fact I had never heard it sound more involving, and would rate it as an audiophile recording.

This is classical Indian music but still accessible to those who don't list classical or Indian music as something that they would normally listen to. It's very easy to 'get in to', and I find it both very relaxing, and uplifting too. It has an almost meditative quality, but you are unlikely to drop off to sleep while listening to it. The music and theme is easy to follow, and the melodies very beautiful. The clarity of the recording also makes it easy to follow. It's all instrumental, with no vocals but close your eyes, and you can almost see the gorgeous green valleys, and sun-kissed, snow-clad peaks of the mighty Himalaya.

For good reason, Call of the Valley is listed in the book '1001 Albums You Must Hear Before You Die' by Robert Dimery and Michael Lydon. Take my advice and try to add this album to your collection. Here's a sample: