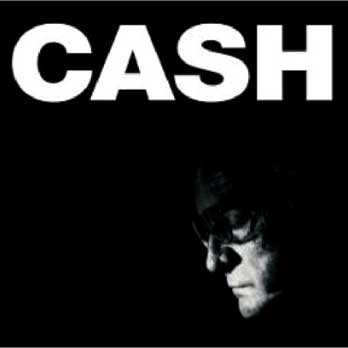 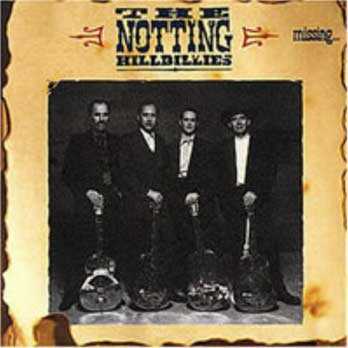 We're going to compare two works by two artists recorded both on CD and vinyl LP. We would like to make some remarks about a format that is considered "dead" but refuses to quit. I do not have prejudices about any technology or support. I began listening to music on vinyl because that was the exsisting support, and I accepted CDs because vinyl had been boycotted by the music majors. Now the two supports live side by side in my music collection. Music is the aim, not its support. As everything passes by even CDs will. But the surviving technology should stay due to its actual superiority, not just because of financial interests. The same can be said about the sons of CD: the SACD and audio DVD; and for their grandsons, the Blue Ray and HD-DVD. Not to talk about compressed formats, which, as far as I know, have not been prevailed thanks to their superior sound quality.

Cash: American IV
One of the latest works by Johnny Cash. By the end of the '70s he was considered out, but Cash had an hasty comeback with the help of Rubin, who convinced him to record songs by various artists as the 'man in black' wanted to. American Recordings was born and among them American IV stands out featuring songs by U2, Beatles, Tom Petty and Cash himself. Voice, few instruments, minimalistic arrangements and orchestration, audiophile recordings create an intimate atmosphere. They're considered an "audiophile revelation" both by critics and me, beside constituting a wonderful musical experience.

It's you the audiophile, not me!
We are faced with very good recordings here. Not 180 gr limited editions (some weight up 220 gr, with just one side at 45 rpm! This makes a 1 kg four LPs package out of one single CD). No, these are ordinary 125 gr black LPs at an ordinary price. No tricks, no gimmicks. CDs are made with the same care.

How come it doesn't crackle?
Well, the first impact with J. Cash's CD is a positive one, and it stays so. The vinyl pressing is simply stunning. Cash's voice seems to take shape and materialize, rich of nuances that the CD has smoothed away. Very solid bass range that produces a deep and rock-solid soundstage. Long listening sessions don't change these impressions. Some less interested listeners confirmed my opinion. And the LP does not crackle!
The CD and LP versions of the Notthing Hillbillies have more subtle differences. In the vinyl version we have more details and a larger and deeper soundstage, the bass range is a little more present, but not as much as with Cash.

Dinosaurs against the iPod generation
I am not a vinyl fanatic simply because I listen to vinyl, just like one is not an alcoholic just because he drinks wine at dinner. I listen to music both on LP and CDs. But I'm not a dinosaur and I'm not deaf as well. Why should I deny that Cash sounds better on LP? On the other hand, I would prefer CD for a quick listening session. Vinyl should not die because it sounds worse than CD, SACD, audioDVD, HD-DVD or Blue Ray. If you have clean ears and the contest is fair, you'll perceive that none of these media sounds necessarily better than vinyl.

This is a fact, not an opinion
The number of sold LPs is definitely lower than CDs. But it is higher than the number of audioDVDs and SACDs, although these two are being supported way by some of the music majors (e.g. Sony for SACD). Vinyl has been humiliated long enough: fewer reprints (too many of which are heavy audiophile and too few are normal), very few "new releases". But this little rebirth is not just in the numbers; it represents a social phenomenon. Once more the turntable takes its place as THE component of the HiFi chain and becomes a "cult" object. We have to accept that the great vinyl era is gone forever. But we can hope for a small increase in LPs sales: selected and audiophile works may push the music industry to start reprinting some works. We may even witness some new releases.
Hopefully turntables and LPs will not develop into a fancy exclusive object for a small elite, like a piece of museum furniture.