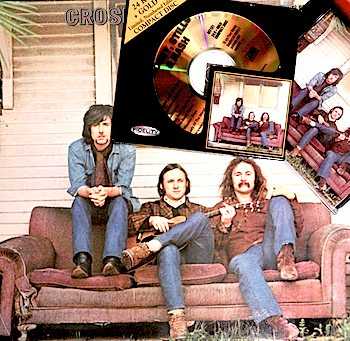 but not Young, Gifted & Black

Audio Fidelity were founded a decade ago (in 2002 if you're reading this later than 2012), by DCC Compact Classics founder Marshall Blonstein, who'd served with Epic Records, CBS and Island Records before DCC, and started Audio Fidelity as they meant to go on with 4 SACD reissues of all time great performances. Continuing that tradition, but releasing 24kt gold CD's since early 2005, every month witnesses a new roster of limited edition CD's, many of which soon sell out. While this may be frustrating for audiophiles who are not quick off the mark, it is encouraging to witness that there is a demand for a viable production run of audiophile product. It is especially encouraging to know that physical formats remain a viable medium for high quality music delivery.

Having my original vinyl copy to hand, bought in the early '80s, and first played on Linn Sondek LP12/Ittok LVII/Linn Asak, a back-to-back comparison is inevitable on more recent front ends, safe in the knowledge no chipped styli have eroded the old black round thing.
"NOT the old CD vs LP irrelevance rearing its ugly head again?" screech plebs chorus, stage left, "That's one dead horse we thought would never be flogged again!"
Trust me, quoth the venerable one, It is the mastertape transfers being compared, not the medium.

The Audio Fidelity 24kt gold CD transfer immediately impresses with its lower noise-floor. Not just the absence of vinyl roar (not consciously discernible on the '80s pressing) but what sounds like a cleaner master. By the early '80s, the tapes being used by European pressing plants were probably third or worse generation. The high frequencies on that pressing seem compressed and the sound stage considerably narrowed compared with this new CD reissue.

Despite the speed of the modified Decca cartridge and nimble bass of the Hadcock GH242SE Silver, the Audio Fidelity CD transfer has possibly better rhythm and timing. Pace is defined by bass clarity on tracks like the bass intense 'Wooden Ships', where the CD creeps ahead, and by vocal timing on tracks like 'Judy Blue Eyes' where the Decca alacrity half-wheels forward. It is close, and is the only area where the old vinyl competes with the gold CD.

There are a few moments where it is possible to imagine a bit more ambient detail on the LP, but an A-B comparison shows this not to be true. The complex vocal harmonies that were the hallmark of this band (and still were when seen live with Neil Young in 2000) are better delineated on the gold CD; instrumental positioning is more stable on the gold CD and the bandwidth seems wider too. Despite your old scribe's reverence for the 30cm square cover and big circle of black plastic, the reluctant conclusion has to be that there's more playback pleasure to be had from the Audio Fidelity 24kt gold transfer than the old vinyl.

I spent a whole evening playing this album back to back on both formats, something rarely done since buying new albums as a teenager. Crosby, Stills & Nash's first album can still delight this listener that much. Furthermore, it was easy to forget which format was actually playing at any given time. This is an album that invites reverie rather than conscious analysis.

The Audio Fidelity 24kt gold transfer is worth every penny/cent (other currencies are available) of the purchase price. This is one of those rare occasions when, even if an original vinyl copy still resides on your shelf, unless it is a mint early '70s 1st generation original, this CD is worth duplication for its fresh insights.

"What's all that 'Crosby, Stills & Nash, but not Young, Gifted & Black' drivel in the title?", heckle plebs, stage left,
"Check out The Rutles spoof rockumentary for explanation, it is every bit as funny as Spinal Tap"observes the venerable one, sagely, from a high place.