It's All Exivious To Me

Battle Of The Albums

Exivious is a Dutch fusion metal band who now have two albums out in stores: their self-titled debut album, released in 2009, and its follow-up, Liminal, released in 2013. The band currently consists of four members, who have previously earned their stripes with various other metal bands, of which Pestilence and Cynic are probably the best known. They are Tymon Kruidenier and Michel Nienhuis on guitar, Robin Zielhorst on fretless bass and Yuma van Eekelen on drums. 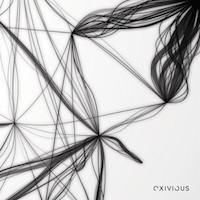 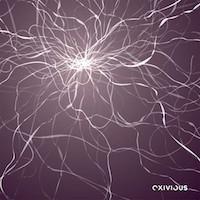 I won't go into the history of the band or the concepts defining the albums in depth here, as the band's website does a much better job at that than I would be able to do. For the benefit of the reader, however, who has to decide if this story is worth reading, I shall attempt to classify the genre to some detail. That is not an easy task, because the music of Exivious blends together a multitude of styles. It's metal(ish), but not in the traditional sense of loud vocals, hard-hitting guitar, bashing drums and everything louder than everything else. It's far more subtle and refined than that. There are lots of progressive elements, such as broken time signatures, complex song structures and a very high level of technical expertise on the various instruments. There is a definite jazz influence, especially present in the guitar work, where the use of jazz scales and forms adds a whole different feel to the heaviness of the music. All these factors almost put Exivious in a genre of their own. Still, this music is not likely to ever go mainstream. 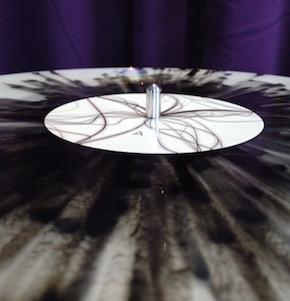 The self-titled debut album gets right to the point from the very beginning. The songs keep you on your toes with continuously varying tempos and changing time signatures, frantic riffing and wild mood swings. Ripple Of A Tear and All That Surrounds Pt1 & 2 are the most momentous tracks on the album.

Liminal was a crowdfunded project that came into being after Tymon and Robin left Cynic in 2010. It clearly builds on the earlier work, but the influence of Cynic's style and music is less evident here. This release is more mature than the first. The technicality is still there, but tasteful compositions and playing have increased substantially on this album. The wild mood swings are somewhat less wild, making it more accessible and enjoyable. The album has no weak points, and especially Entrust and Deeply Woven are absolutely beautiful. Yes, that is a saxophone on there. I told you it was a jazz-fusion-metal-postrock thingy, didn't I? 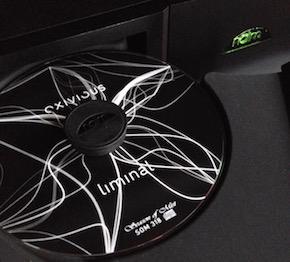 The downside of these two albums is that it's all very, very technical and complicated. It really has to be your cuppa tea or it's very likely to make you want to smash things in an attempt to get away from it all. For me personally, it's the bass playing that drew me in. Robin Zielhorst makes his fretless bass sing like it's nobody's business and not only with technical virtuosity, but also with taste. The same goes for the other instruments, but as a bass player, well, you get the idea. Combining pure technical skill with tasteful playing is something that many similar bands try but do not completely achieve. My advice: start with Liminal and if you enjoy that then listen to Exivious as well.

Fortunately for us, the band has put both albums (as well as various videos with the band members doing play-throughs of a song for the benefit of other musicians) on their Youtube channel, so instead of trying to make sense of my attempts at describing them you can just go and have a listen for yourself. 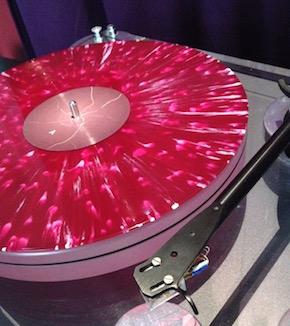 The initial spark which led to the creation of this article was the announcement that Finnish label Blood Music were going to do a vinyl release of the two albums described above. It would not be just pressing the CD master on a slab of vinyl, but a proper remaster of the 24 bit / 96 kHz mixes especially done for LP. The albums are released as a 45RPM two LP set and come in a high quality gatefold sleeve. As I enjoyed the albums, and was also curious how this LP-specific remaster would perform compared to the CD version, I ordered both albums on splattered vinyl (because regular, standard, boring old black is just so regular, standard and boring).

When the mail man (M/F) had delivered the goods and the needle hit the run-in groove I was in for some excitement and also some disappointment. The mastering is indeed better than the CD versions, but there is something that really bugs me: the LPs are very noisy. I also own Beyond Creation's debut album The Aura on splattered vinyl, also released by Blood Music, and that one has a background as quiet as a church mouse.

New LPs can have residue in their grooves from the press, but even after two cleaning sessions on my Okki Nokki record cleaning machine there still is a car driving over a grit path between tracks and in quiet passages. It was noticeably less than before the cleaning, but in my humble opinion new records should not need more than one session to be presentable. I put a message about this on the band's Facebook page, but at the time of writing have not received any response.

On then to the comparison. The CD versions of both albums do not sound bad, but they're not of exceptional quality either. It's very likely that they were mastered for a broad range of equipment (or, shall we say, not with discerning audiophiles in mind). The compression is evident: the snare and cymbals miss the lively, sparkling top end, guitars tend to drown a bit in really busy passages of which there are a lot) and the dynamics also suffer from this. Still, it's nowhere near the point of being bad, and it certainly is not as bad as some Mixed For iTunes albums I've heard, which usually means the music has been squeezed to death.

In short, the LPs sound more open than the CDs. There is a more organic feel to the instruments. The stereo image is larger; there is more depth especially. The dynamic range is also better than the CD versions, and now the highs and transients are much clearer and with more subtlety. It turns out that there are lots of little details and small things going on in the cymbals which drown in the compression of the CDs. And that bass, that wonderful fretless bass, it just sings so beautifully. Here also the overtones are more evident; just listen to those harmonics when the bass plays a flageolet.

These two albums prove that very good sounding LPs can be made from a high resolution digital source, but it's a pity that my copies of both albums have noisy backgrounds. This puts somewhat of a damper on the enjoyment of these excellent albums. The choice is easy: the better mastering of the LP (assuming you get a good, quiet copy) makes them preferable over the CD version, but is the higher price worth it? If you think the price difference is too steep then the CD version will probably not disappoint you either (after all, this is no special audiophile pressing), and you'll save some cash for a band shirt or a beer. Either way is fine.