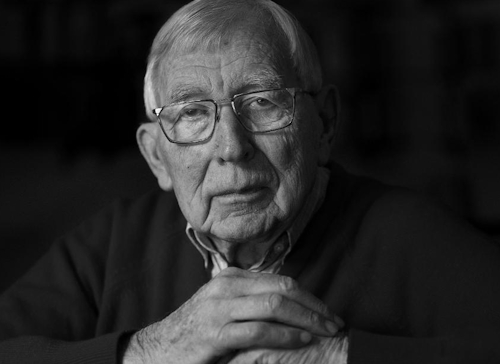 Two years ago we devoted two articles to the surprising and unexpected comeback of the old Compact Cassette (see here and here). What seemed just a rush of nostalgia for old audio media, perhaps evoked by the ever-growing interest in analogue (read: vinyl) playback, seems more than a temporary trend. Indeed, I've noticed an increased interest in tape decks, and a look at the buy&sell HiFi websites/groups confirms audiophiles are re-discovering compact cassettes. The man behind the Compact Cassette standard, as mentioned in those two articles, was Lou Ottens, who has just passed away at 94.

Lou Ottens (1926 - 2021) was a Dutch engineer and inventor who started working for Philips in 1952. He developed the first portable tape recorder of which over a million units were sold. This portable tape recorder still relied on small tape reels, and its rather unexpected commercial success convinced Ottens there was room for a more practical portable tape recorder. The recording tape had to be protected inside a plastic shell, to make its use easier and safer. As he said “I got annoyed with the clunky, user-unfriendly reel to reel system, it's that simple”. The new tape carrier had to be small enough to fit into his jacket pockets. He made a wood model to decide the precise size of the new cassette.

In 1963 the first plastic cassette was introduced to the market at an electronic fair, with the attractive slogan smaller than a pack of cigarettes! Ottens managed to find a deal with Sony to use the playback mechanism (patented by Philips) to make the standard cassette easily available worldwide. And it quickly became a successful standard! Over 100 billion compact cassettes were sold worldwide. Later, Ottens was involved in the development of the Compact Disc standard, as well (again, a joint-venture with Sony).

He subsequently became director of the Video Division, where the now defunct Video 2000 standard was introduced at that time. Video 2000 lost its battle against JVC's VHS and Sony's Betamax video technologies. Eventually, Betamax was then defeated by VHS, as you know.

Enjoy the short video below for an extremely accurate and well-made history of the Compact Cassette standard...