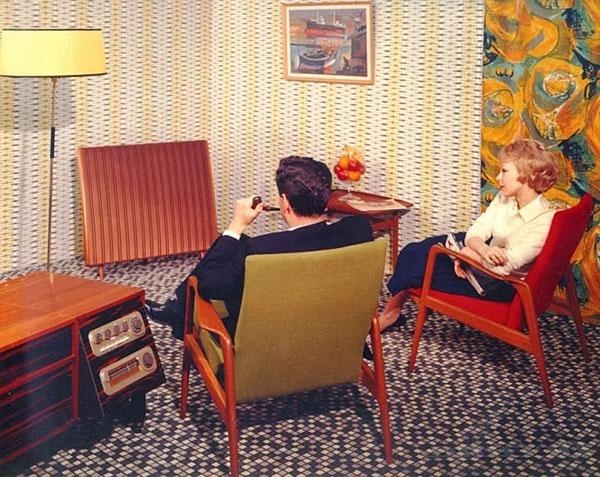 Excitement at a recent show

The current Covid 19 Pandemic has ensured that the hifi show selection has been pretty thin on the ground and has meant that we've not been able to hear some of the latest (and potentially greatest) new bits of kit that may have made their way onto the market over the last 18 months. Hey even the mythical beast that is the Munich Show was cancelled last year and this year after a tentative date for the autumn has been cancelled again. Hopefully enough people will have been vaccinated in the near future (and hey even Dolly Parton has been encouraging things so how could things possibly go wrong) for a herd immunity to develop and soon we'll all be allowed to congregate and see what the industry has been up to while we've been running out of things to watch on Amazon or Netflix. . This prospect got me thinking about shows and our approach to them. By our I mean both the paying public and the exhibitors because let's be honest and to misquote the late great George Carlin "Let's liven it up a little"

I don't know if you've noticed but hifi shows are a fairly stoic affair. Admittedly they're never going to be as original as a Jean-Paul Gautier event or as visually interesting as the Victoria's Secret show. Rather than having an allotted seat next to the editor of Vogue or the photographer from FHM you've got to move around a hotel or conference centre looking for the rooms you want to hear. Once you've found the room that you were looking for you're only half way to potential audio nirvana. Firstly you've got to do your best impersonation of a mouse in carpet slippers to get into the room you want to listen to to avoid looks that kill from those already installed. Once you're inside you ideally need a seat so you've got to push past people in the third row - no one will move over for you. And then it dawns on you that after all that effort the music that's playing is dire. If this sounds familiar then you need to study the method (a somewhat grandiose term for a list of ideas I must admit) I'm going to outline below and put at least some of it into action.

The first thing you need to remember is that we're supposed to enjoy ourselves at shows. Now I'm no supporter of enforced recreation but if you're going to be grumpy at a show it means that either you got out of bed the wrong side that morning, your cat decided to hang off one of your speaker grilles the week before and you've still got the arse about it or you're a Johnny Halliday fan and you've still not got over his passing. If none of these applies to you then cheer up, smile a bit and spread a good mood around. If either of the first two do then head to the bar for a pint before continuing to the listening area. If the third applies then I can't help you. In fact I'm guessing no one can.

So now hopefully we've got some happy people in the room how about a bit of interaction? By that I mean (shock horror) talking to other people in the room between tracks. Get their opinions on what you've just heard and rave (or lament) about rooms you've visited. You may meet some kindred spirits who you'd never have known existed if you'd sat in silence between tracks. This is not only of use to you but to the people running the demonstration who can hopefully react to your comments and get more information to you. Remember they're possibly into the third day of the show and might have had enough of playing the same records over and over again and a bit of audience participation is a relief to them. They may also realize that they've been playing a particularly dire record for the last two days and that swapping said track for something from the Aphex Twin would at least provide a welcome change. On rare occasions you may also notice a second species in the rooms. One with a higher pitched voice and generally longer hair. Talk to them too as they more often than not have some interesting things to say and will be brutally honest about what their ears are telling them.

Next point - don't hog the hot seat for half an hour. Despite the fact that a good system should work for all the participants there are always better seats. If you've got the best then congratulations but it can be of benefit to hear things off axis as well so pretend you're on the train and give up your seat to someone who's standing at the back. If you're at the back and someone offers the seat do take it rather than then complaining that you couldn't get a seat in the "insert favourite hifi component company name here" room.

Now for a special category - the cable demo. Here we have a classic case of potential boredom. Someone is going to force the same track on you maybe 10 times. If it's not a track you know you'll hear more about it every time you listen so you don't know if you're really hearing a better sound or just acclimatizing to the track. So get the demonstrator to take you back to the basic version at the end of the demo before reinstalling the all signing all dancing setup. Assuming they aren't selling utter rubbish and that the product works this should show up the differences even more so if they're reluctant I've just supplied you a killer argument as you're effectively doing them a favour. Of course if they're selling the proverbial snake oil it gives you the option to call bullshit on them. I'm thinking some form of sign expressing your indignation like the two chaps below might be useful.... 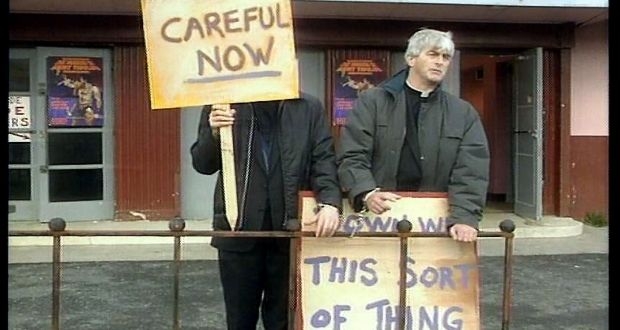 Which brings me onto my next point. If you don't agree with the sales spiel from the demonstrator then say so. If the so called upgrade they're demoing is a one step forward two steps back "improvement" then say so. They don't have better ears than you and your opinion is valid. As far as I'm aware we're all given the same type of ears but how everyone reacts to certain sounds is different. I mean someone actually gave the Cheeky Girls a record contract and some other people went out and bought the result of said contract!

I've already complained in a previous article about show music but I'm going to have another go here. I've had enough of audiophile rubbish. The next time someone plays me an double bass and voice version of "I will survive" I'm not even going to be courteous and wait until the end of the track. I'm off to the bar. The same goes for Jazz at the Pawnshop. Seriously the first of these occurred during a demonstration by a certain panel speaker manufacturer who was trying to promote his new active bass system and then proceeded to play loads of small ensemble music with no bass. And when he finally consented to play some bass it failed dismally to even get close to being musical.

Right that's enough ranting from me. Time to compile my new list of music to try to get played at shows for maximum tutting and whispered complaints!

In the meantime Happy Listening!