A Real Challenge for the Analogue Setup 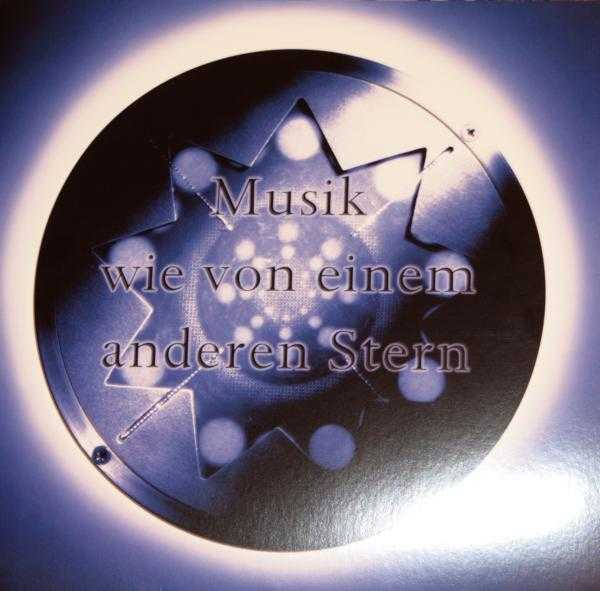 Manger has been known for many years as producer of the Manger bending wave 20cm (8 inch) fullrange loudspeaker chassis (read our review of the Manger Zerobox 109 loudspeaker). Manger claim for their speakers that they have monitor qualities and can handle extraordinary levels of dynamic. For shows, they eventually introduced their own test record, the Manger test CD. As a supplement, this year, they introduced the Manger test records at the Munich High End Show.
The test records are actually a double album with four sides of vinyl in total, meant to be played in 33 revolutions. The titles on the album are indeed identical to those you can find on the test CD. The fold-out cover contains a lot of title information in German language on the two inner sides, but also a loose double sided leaflet containing the same information in English. 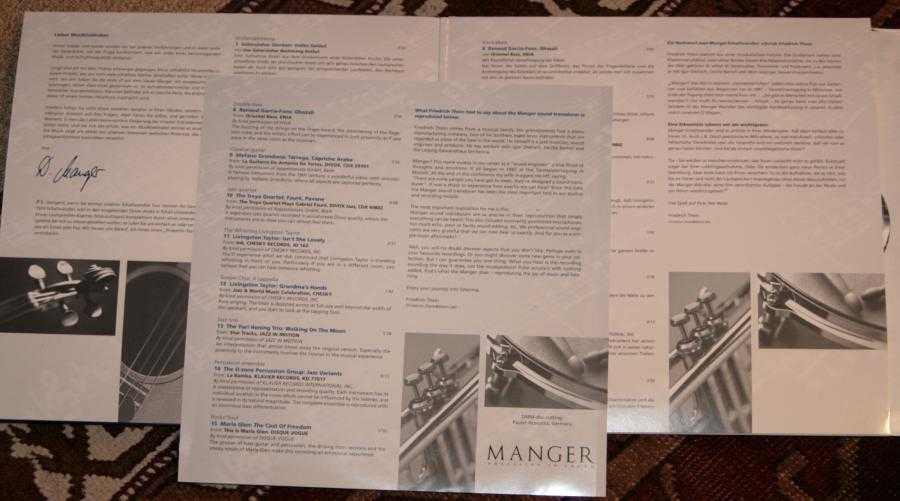 Not Love on First Sight

Soon after I received the album at the Manger booth at the show, I had a first listen on my unmodified Garrard 301 on plywood Bastin-style plinth, with FR-64S tonearm and Ortofon Rohmann equipped with Shibata stylus. While this combination was playing satisfyingly with 1970ies rock music on vinyl, it made my ears bleed with the Manger test records. Also, soundstaging, bass to treble seamlessness and resolution was much worse than on the test CD. 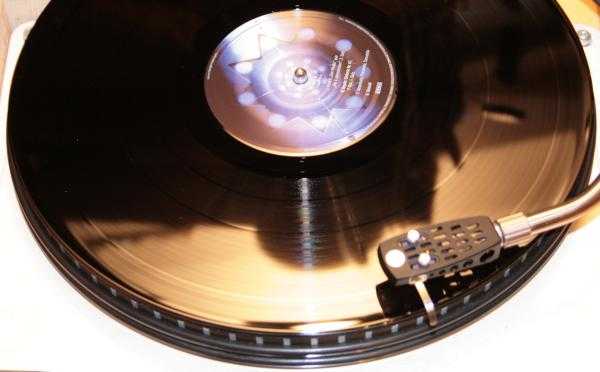 Well, I thought it was the records, and not the source, and sent an email to Mrs.Daniela Manger, director of Manger. What she wrote back was some technical information about the records. According to her, there was no compression whatever used in the mastering, and also no special vinyl mastering to make it sound more analogue, nicer or even rose-tinted. Because of real life dynamics, the average sound level is much lower than on rock LPs. For me, it is clear that this can cause problems in phono setups with low dynamic range or bad low-level resolution in general.

OK, I then tried it again with my other turntable, a Micro-Seiki with Bronze platter, Schroeder tonearm and Accuphase cartridge. And that did make a difference to my first try. Now the Manger test CD and the Manger records sound virtually the same, with uncanny dynamics, real 3-D soundstaging with height information and extreme fine resolution in bass as well as treble. 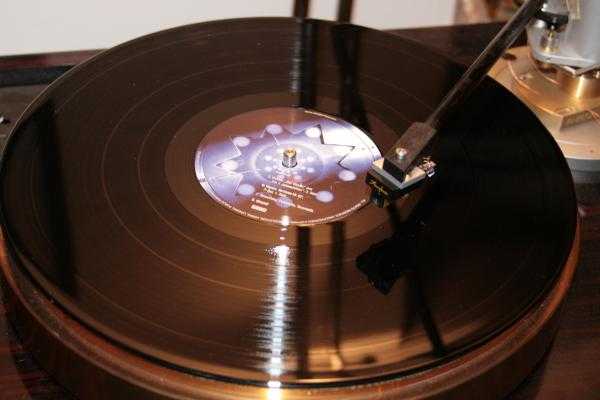 Yes, this set of test records is not for the faint-hearted. It will challenge your system, and if your setup fails to play the music on this records, you have the option to improve your setup. Like in the MFSL slogan "this record will challenge and improve your system". While I never ever found any MFSL record challengíng, these Manger records do it. These records surely won't find their way to my record bin for everyday listening. But these records can tell a lot about the quality of any analogue playback chain. Thank you to Manger for providing such a useful tool.