Not quite the death of CD 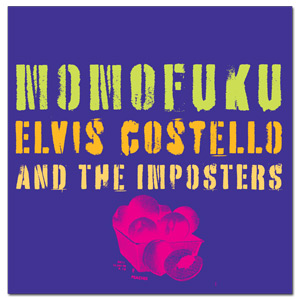 [This article is a follow-up of LC's editorial on the growth of interest towards vinyl. Ed.]

Bugger... I've been sitting on this album for a while meaning to write a nice little 'death' of CD article and now Elvis has blinked and screwed the whole thing up.

What am I talking about? Well when this album was released in May it was the first ever (I believe) album to be released on Vinyl, an MP3 download and NOT on CD...

But now, when I come to write this article I find the swine has indeed released the album as a CD as well, so instead of a neat little article on a favourite hobbyhorse I have to try and figure out what is going on in Mr. Costello's head.

Well I have to congratulate him on a brilliant bit of publicity, I bought the album after hearing the no-CD hype and I guess a lot of others did too. The trick (scam?) got interviews and radio play even on Britains venerable talk-only Radio 4, something none of his other recent recordings have managed.

Of course the timing was perfect as everyone knew that CD was starting to look increasingly obsolete and quite a few bands were relying on MP3 downloads instead, but the vinyl too was a very clever twist. In one move he pleased the iPod generation and old beardies like me with their big-black-CD's as my daughter calls them.

But then he bottled out and a CD was released. Am I cynical enough to believe that this was the plan all along? It's borderline, but I like to think that Elvis wanted it as a Vinyl/MP3 release and his record company "Lost Highway" went along until the last minute.

I want to think the best of Costello because I'm a fan. If push came to shove I'd put Armed Forces as one of the top 3 albums to come out of the immediate post-punk era, and that since then his output has been both eclectic and of a very high standard. Perhaps the highpoint for me was his singing "All You Need is Love" at the Live-Aid concert, just him and a guitar and 100 million people - perhaps the only artist not to be overshadowed by the Freddie Mercury show.

But I digress. Let's go back to May this year when I eagerly unwrapped my Amazon parcel and pulled out "Momofuku". It was like going back 30 years :-) A fat gatefold sleeve, "packing case" font just like a Tom Robinson album and even a little free gift in the form of a stencil of the Album title so you can spray it onto your drumkit (er.... Just like the old Tom Robinson Album...).

Even better the album, just 12 songs long, is pressing into two nice slabs of vinyl for extra fidelity. How ironic I thought - digging out my well used original copy of Elvis Costello and the Attractions "Get Happy" I see that Elvis not only managed to cram 10 tracks to each side but justified it with a paragraph stating that he... "can assure hi-fi enthusiasts and/or people who haven't bought an album since 1967 that with the inclusion of this extra playing time they will find NO loss of sound quality due to groove cramming as the record nears the end of each face - i.e. the hole in the middle!" How gratifying that now Elvis's ears have recovered from all than noisy punk stuff he can actually hear what good sound quality is...

Which I suppose brings us to the discs themselves. From a hi-fi point of view they are a bit disappointing. It's almost as if someone had an idea of what vinyl was supposed to sound like and mastered it to fill in this preconception. It's warm and inoffensive, never gets edgy, but it's all a bit dull and unadventurous. Some of his earlier, or mid-term work like "Spike" and "Made in America" are superb pressings, and I actually use both in reviews, but Momofuku was a carpet and slippers mix dispite the luxury of all that black plastic to fill. As the album is the sort of sparse 'live' music that usually shines when well recorded this was a real disappointment. And I have to be honest and say that this disappointment rather coloured my view of the music - it's OK, a million times better than most of the stuff people think worthwhile recording, but all a bit safe and undynamic compared to his startling best.

So no great article title, a middle-of-the-road effort musically and frankly disappointing production so why bother to write all this?

- To make sure he doesn't bottle out next time :-)