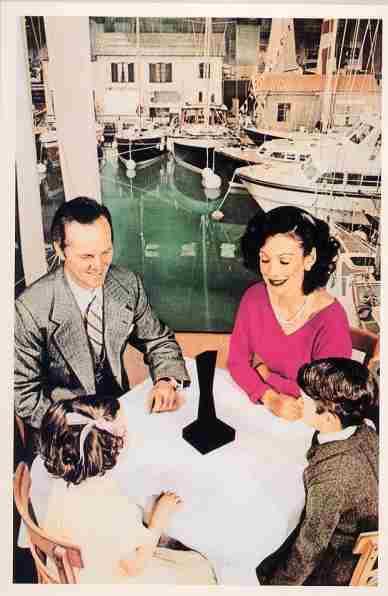 What makes a great LP record? For me it has to show some stunning and consistent quality, or encapsulate a moment in time, or change the course of music in some significant way - or all three. It's a word I use sparingly and of course is steeped in personal prejudice but you'll have to put up with that...

But a very select few produce more than one - I won't list the albums but you'll probably pick them yourself, The Beatles, Bob Dylan, Pink Floyd, Steely Dan, David Bowie all pulled the trick off several times.

And to this august group must be added Led Zeppelin. In their first four albums they invented (arguable), defined (probably), expanded (uncontrovertibly) and then broke free of the restraints of 'Heavy-Metal'. Each is a great.

Sadly 'Presence', their 7th studio album is not 'great', but it is very, very good. Released in 1976, a year after Plant's (vocal) near fatal car crash, there is a certain loss of momentum compared to the earlier albums, and yet there are tracks here to die for. My favourite being 'Nobody's Fault But Mine' is a ripping masterpiece driven by Bonhams power drumming and Page's hard edged guitar work. Achilles last stand another tour-de-force that should have most practitioners of the 'Heavy Metal' genre weeping on their fretboards. And 'Tea For One' a blues masterpiece. The rest maintains a high standard but without scaling the highs that Led Zep I, II, III, and IV seemed to do so effortlessly.

The subject of this review is one of Classic Records reissues. I have a mint copy circa 1982 of the same album so it was an interesting comparison. Of course the first big advantage with the reissue is the full reproduction of the original gatefold sleeve whereas my 'midprice' copy is a simple single. The 'Led Zeppelin' is embossed on the front and both an 'original' and paper inner sleeve are supplied. I know some people are inclined to moan at the cost of some reissues, but I ask you to compare the material value of what is in effect a work of art, produced in a short run and in beautiful detail, with the plastic jewel box and a slip of paper. Then there's the disc itself, pressed in virgin vinyl, 180 gram and again limited in number, against a shiny CD banged out like washers. To my mind there's no contest.

But the reissue has a tougher job when it comes to sound quality. Led Zeppelin and particularly Jimmy Page, were adamant that their discs and production should be of 'classical' standard. So much great music of the era was so badly recorded and pressed that reissue companies have no problems in transforming the sound. In the case of my copy of 'Presence' the sound quality is already very good though the original first pressings (purple label if you are checking) are said to be even better.

Running the Classic Records reissue the first noticeable difference is an increase in tape hiss. A boost to high frequencies? A slight change in bias? Dunno but it's there and though the original is pretty open the Classic is even more so. Vocals on 'Nobody's Fault But Mine' sound double tracked. The Snare in the opening of 'Tea For One' had an acoustic that came into the room at you - it's a studio trick but impressive nevertheless. The ridden cymbal is big and shiny, never tizzy.

'Achilles Last Stand' was a little less edgy but more open, a tough trick and this 'opening up' of the sound was repeated throughout the album. Like I said my original is good, it's just the 'Classic' is better.

I have one complaint and that is that this increased openness and high frequency information gave the cartridge trouble holding on through 'Tea For One', the last track on side one (always the toughest...). This track has huge sibilant energy even on the original, and with the Classic Records reissue it proved too much, splashing Plants voice across the soundstage. I'm not saying that it's not possible to track, but the four cartridges and three arms I tried gave up... I even suspected it might be overloading the phono stage but after trying 4 different ones the problem remained. It's such a great track that I know I'll be spending some time fiddling to try and get it right :-)

So a fine reissue of a fine album. Classic Records have also re-released the first four albums and personally I'd buy them first, but once you are hooked you'll want to buy Presence too...

Thanks again go to Vivante Records for the review copy.

P.S. Anyone noticed that the maths problem on the blackboard shown on the back cover is incorrect :-)