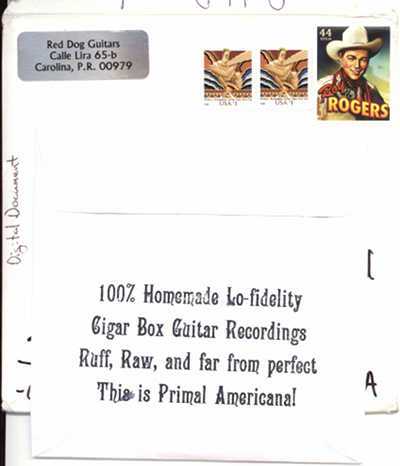 Regular readers (there must be some) will remember your Old Scribe's enthusiasm for the rootsy Americana of Mick Byrd and todays outing takes rootsy Americana to a whole new/old level. As you can see from the picture of the deluxe packaging that heads this feature, Red Dog Guitars make no claims for their recodings except that they are Lo-Fi!
"Wha-a-at!?!" cry the enraged plebs chorus, stage left, "What is the old scribe doing writing about Lo-Fi recordings on a Hi-Fi page?"

This is what audiophile systems are about. Getting us in touch with the subtlest nuances of the most primitive recordings of rare material. John McNair has been building cigar box guitars since his teenage years, developing it into an art form far removed from the roots of the poverty driven practice of attaching a plank for a neck to a cigar box for a sound box to make a cheap guitar to play after the day's work in the cotton fields is done. John has also collected a library of recordings, some of which he inserts on these compilation cd's to add local colour.
"Since the mid 1860's up to the early 1950's and well before musical instrument mass production brought the cost down, it was quite common for poor people to make their own guitar or banjo and even Electric guitars out of different types of cigar boxes and scavenged or found wood." 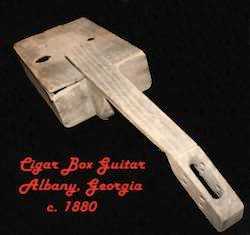 This cd is 16 tracks of the most variable sound quality, the pretence being that they're transcribed from old laquers, when they are in fact modern recordings of John McNair using home recording equipment and old transistor radios as amps. They sound like primitive microphone techniques, basic old valve (tube) compressors and spring reverbs and result in some of the most immediate sound you will ever hear. John puts the little amps in his shower and plays acoustic and semi acoustic cigar box guitars alongside the amp, for added reverb. John also uses a modern Class D amplifier, the Thin Amp. The occasional intrusion of 60Hz mains hum reminds us this is North America rather than Europe, and places us firmly in the context of bars, churches and clubs on that continent. This demonstrates beautifully the psychological aesthetics of subtle musical cues can be as deceptive as they are informative in other contexts.

The complete absence of any attempt at EQ makes the lurch from track to track almost as surprising as the sudden cut off edits. Microphone and tape head overload distortion are quite shocking to those weaned on the simple safe auto levelling of Garage Band or iMovie.

There's blues to inspire Ry Cooder fans, gospel to lift your heart from the plantations to the heavens, and all from one man and his obsession. 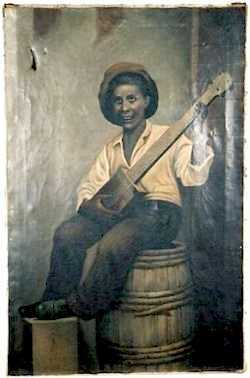 This primitive gem justifies all valve (tube) systems as much as the legendary Lightnin Hopkins Goin Away all valve production and Muddy Waters Folk Singer sacred audiophile vinyl icons. Lo-Fi transistor it is, but still justifying our massive all valve or kilowatt solid-state systems to enjoy.

Go to online retailers and buy more records now.
Go out of your house/apartment/tent and buy more vinyl/CD's/hi-res downloads NOW!
Don't waste my time, or yours, thinking about it. Just buy more stuff to play on your hifi NOW!!!
Go to a gig this week, especially if you've never heard of the artist/composer/ensemble.