From Angry to Idyllic 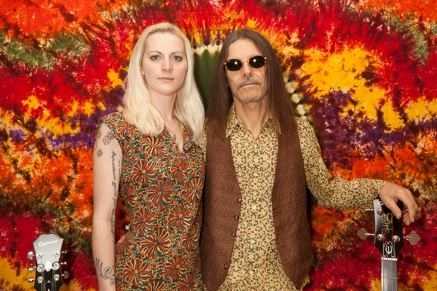 Not a sham
So give it some stick!

THE PROLOGUE: Two gorgeous girls are hitchhiking to a gig in Cambridge in the late 70s. They've been mistaken for famous singers before, one's a Blondie lookalike and the brunette's been accused of being Kate Bush. A Rolls Royce pulls up and the window purrs down to reveal a liveried chauffeur. "Excuse me," he leans across and asks, "Are we on the right road to Cambridge?"

Believing the hitchhiking God maketh his face to shine upon them, the two beautiful girls reply brightly, "Yes, we're going there now. Are you going to give us a lift?"

The flunkey turns to his master in the back, one Jimmy Pursey, lead singer of punk band Sham 69 and asks him. Pursey responds abruptly with a monosyllabic "NO" and the Rolls Royce speeds away leaving the forlorn maidens stranded at the roadside.

"Wha-a-at?!?," scream plebs chorus, stage left, "What is the old scribe on about now and what's it got to do with new releases.... especially on an audiophile website where Sham 69's lo-fi has no place?"


Some thirty years later the same Kate Bush lookalike is sitting in the back room of the Red Lion, Avebury, with a bunch of hippies, Wiccans and pagans spellbound by the virtuosity of Andy Prince. Little did she know that the gentle long haired bass player we chatted with afterwards had held the bass chair in Sham 69 for over a decade or she might have been less enthusiastic. Sham 69's reputation for gig violence from white power skinheads was the antithesis of the indoor festival atmosphere of diggers & dreamers in the famous Red Lion pub that sits within the biggest stone circle in Britain. Primal Scream's admonition to "Kill all Hippies" seemed to fit the inarticulate politics of hate adopted by the proto-punk forerunners of the UK Oi scene but Sham 69's first single had been produced by the Velvet's NY Welshman, John Cale and endorsements don't come cooler than that. Sham 69 are best remembered for novelty records like "Hurry up Harry" (we're going down the pub) and the slogan hits like "If The Kids Are United", Tony Blair's Labour party electoral anthem.

Karma and moral compasses are restored all round as Jimmy Pursey became veggie and spoke out against MacDonalds use of "If The Kids Are United", so Andy's place is less incongruous at this neopagan celebration of Spring Equinox. Their live performance was emotional and touching and felt spontaneous to the audience, however professionally it was performed. 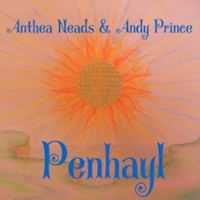 Named after the holiday cottage in Cornwall where the recording was made, this lovers' partnership employs extra musos and production to create a recording worthy of TNT-audio readers' systems. Having heard Anthea's voice in a small pub venue, any recording could could so easily have disappointed. Through skill, luck, or a bit of both, Anthea's soaring English folk-crossover- skool delivery is captured faithfully. The usual English girly acid-folk-rock vocalist comparisons do apply and have no doubt been applied in spadefuls by lesser authors than your old scribe, but Sonja Kristina springs to mind... "So the old scribe does what he pretends to despise," scream plebs chorus, stage left, "Now we know his true colours - just another old rock scribbler"

Well your old scribe has just seen Curved Air at a pub gig too, so it's forgivable. And if your old scribe was such a hack, the headline would have been, "Who Neads their PRINCE to come?"[groan] or some such nonsense, so count yourselves lucky.

So, reminded at intervals more often of Sonja than Sandy (Denny), readers might be pointing towards the British psychedelic folk-rock scene, but this in no finger-in-the-ear on acid outing. This is contemporary, twenty first century technique addressing 21st century issues. This cd does capture the flavour of Anthea's voice, whether through good choice of microphone, or lack of processing, or the natural acoustic or a bit of all three. Andrew's bass is well articulated and effects are transparent enough. If you can't come to Britain to catch them at festivals and pub gigs, go to their websites and try some downloads but be aware the cd quality is much higher. 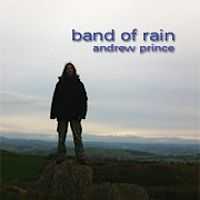 If I were messrs Chapman & Co, I would issue this cd to prospective purchasers of their Stick. The recording of the instrument is that good. The playing is superb. It's that good.

Well if you've heard a Chapman Stick before, you know what it sounds like and this recording is good, and if you haven't heard one, it's a bit like trying to describe a Theramin, there are few worthy comparisons. Andrew's playing (he's not billed as Andy on this one) is deeply modern jazz influenced, more Jaco than Marcus, more Sklar than Clarke, more blah... BUT IT'S A CHAPMAN STICK WHICH SOUNDS LIKE NOTHING ELSE. If noodly virtuosity is not your thing, then you won't like it however well played, but if you like the youtube and download samples you'll love the cd. 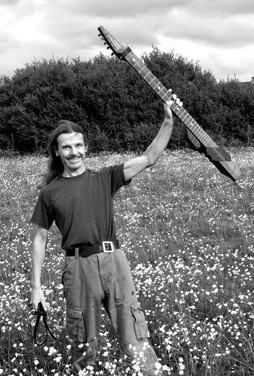 Turning up to a pub I'd been told was having a live music night turned me on to musicians I hadn't yet met. Better yet their recordings are good too. If you like the samples and low res output available on the web you'll love the cd's and live performances even more. Just try to forget the Sham 69 connection!

Andy Prince is a virtuoso on the Chapman Stick. Given that basses usually come with 4 strings just like hands have 4 fingers, the Chapman Stick's 10 strings demand dexterity from all 10 digits. Band of Rain captures that virtuosity, with the studio electronics becoming part of the instrument. The material and performance are so atmospheric and evocative, we can expect to hear excerpts of Band of Rain behind movie scenes and TV shows. That shouldn't dilute its jazz credentials one drop.

With partner Anthea Neads, the folk rock tradition, forged in the UK and USA back in the 60s, is propelled into the twenty-first century by their songwriting and performing partnership. Audiophiles wishing to demonstrate their single ended valve driving midrange lucidity will find Anthea's voice the perfect show off vehicle while solid state flat earthers will revel in the articulation of Andy's bass on this recording. Penhayl may be a holiday cottage in Cornwall but the name deserves global fame

You can listen to previews of Band of Rain material, but remember these samples only hint at the full bandwidth resolution. The youtube clip below was recorded at that gig in the back room of the Red lion pub (in Avebury) so sound quality wasn't hi-fi even before the youtube compression.

The voices are telling you to buy more records now.
Go out of your house/apartment/tent and buy more vinyl/CD's/hi-res downloads NOW!
Don't waste my time, or yours, thinking about it. Just buy more stuff to play on your hifi NOW!!!
AND go to a gig this week, especially if you've never before heard of the artist/composer/ensemble.