What Goes Around Comes Around

Part I of a Series: some general remarks

(with apologies to Pete Seeger, the Byrds, and who knows how many others)

The longest journey, we are told, begins with the first step, to which I'd add, the longest article begins with the first cliché. Leaving aside cylinders, with their own set of unique demands, for another time, the first step of a journey into pre-LP records via relatively modern playback gear is selecting the appropriate turntable. The choices can be as simple or as complicated as you wish to make them. At the extremes, the simplest solution is fine if your goal is casually playing records from the period between the advent of electric recording in 1925 (or, in practice, a couple of years later) and the ascendency of the LP in 1950, leaving later releases for a different system. On the other hand, if you want a single unit for critical listening to everything from the first flat disks of the 1890s to the latest audiophile LP pressing, you'll need something much more flexible. Needless to say, there are plenty of shades of grey—granted, not necessarily fifty!—in between.

When I started writing this article, my idea was to take an “additive” approach, starting with simple and working up from there. Upon reflection, and a certain amount of writing that you happily will be spared reading, I've decided to take a “subtractive” approach, instead: start with the most capable options known to me and gradually work down to the simplest (and least capable). What you might call the “Istar Variations” method. 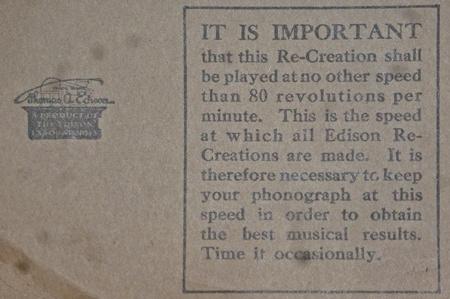 Taking my cue from Julius Caesar and his celebrated description of Gaul, for purposes of playing 78s, I'd divide the turntables I know by personal experience, hearsay, or reputation into three parts: close to ideally suited, moderately well suited, and minimally suited. Mated with an appropriate arm and electronics, those in the first category will play most or all the 78s you're likely to encounter in practice. (Caveat: with their broad, shallow, round-bottomed grooves, vertical cut Pathe sapphire records can challenge the best turntable and arm.) Moderately suited tables, by contrast, will play most or all electrically recorded 78s but are flexible enough for only some acoustic records. Minimally suited turntables can do justice only to electrically recorded 78s, and not all of those. In all three categories, I give “extra points” if the turntable is also a good LP player; after all, who wants to devote space to two turntables for different speeds when one can do the job?

As outlining the virtues of turntables is a big subject, this article will be the first in a series. In it, I'll discuss the qualities I'd consider desirable and why they are valuable. In future installments I propose to outline some specific options with attention to how many of these qualities they embody.

Naturally, the qualities that are desirable depend heavily on the idiosyncracies of the records to be played. So what are characteristics of a turntable for playing as wide a range of "78s" as possible? I'm sure every collector has his own ideas, but here are some features I would expect:

In light of Mark's recent article about how preconceptions color our reactions to equipment, a few words about the perspective from which I'm approaching this whole issue. I'm writing from the perspective of a 78 collector who wants one turntable to do everything. The world of the 78 collector is firmly centered in pragmatism: what is physically capable of playing the record? If more tracking force is needed and a dime on the headshell solves the problem, be ready to pony up ten cents and a bit of adhesive tape; don't worry about audiophile "purity."

If a record is dished and you can guide the tonearm's vertical position effectively with the cuing lever, do it. If you can stop a tendency to skip by selecting a wildly excessive anti-skate setting, go for it. If your finest truncated elliptical styli distort like crazy on peaks but a cheap conical plays "clean," go with the latter. Concerns like "which one of these has subtly better soundstaging" or "this plinth is a little more 'live' than that one" or "does this turntable have a little better PRaT than that one" get swamped in more pressing issues of just getting from the rim to the label--or, sometimes, the label to the rim!--without skipping, with appropriate playback equalization, and with as clean a signal as possible; accordingly, my "ideal qualities" list focuses on "functionality," not subjectively perceived niceties of sonic quality.

That said, nearly all the turntables I'll discuss are at least good, solid players for LPs, and some of them, especially in the first group that I'll take up in my next article, are far, far better than that.

OK, now we have the lay of the land. The next article will take a look at some turntables that can claim to approach the ideals.