Another worthwile tweak for SME lovers 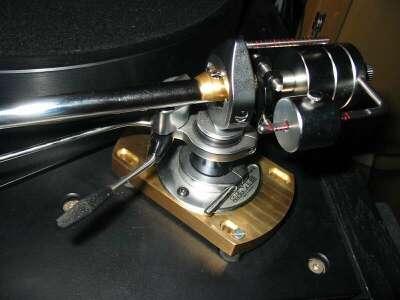 Robert Graetke, the maker of the bronze bearing for SME knife edge tonearms, phoned me in January and told me  that he had devellopped a new product: a bronze base for the old style SME tonearms. I tested the bronze base in a SME3009R on a Solist turntable, being the same setup like in the test report on the bronze bearing, and also in a Loricraft-Garrard 401 with SME3012/2. It was very interesting for me.

The reader might find on the picture above, that the tonearm base is fastened to the turntable not on all corners. Well, I did listening first, and afterwards disassembled the setup. For doing the pictures, I assembled the setup again, but used only two screws for the base.

The bronze base comes with two 3mm thread screws which attach the tonearm to the new base, and a set of four wooden screws then holding the base to the wooden tonearm board. You need a 2mm hex key to fasten the 3mm screws. It would be nice if a 2mm hex key would be included in the package, especially for countries with obsolete measures like inches or similiar.

First, you have to remove the old sliding base assembly.

For series R tonearms and others having RCA phono plugs:
- just loosen the ground screw at the phono cable terminal, then take off the screening plastic case
- unscrew the two big alignment adustment screws and remove the old sliding base

For series 2 tonearms having the old style 4 pin phono plug going to the side (see picture below):
- loosen the two screws holding the 4 pin phono plug
- take off screening aluminium case (you can take off the two metal springs, too, as they are no longer needed)
- unscrew the two big alignment adustment screws and remove the old sliding base

For series 2 tonearms having the old style 4 pin phono plug pointing downwards it is even simpler:
- take off screening aluminium case (you can take off the two metal springs, too, as they are no longer needed)
- unscrew the two big alignment adustment screws and remove the old sliding base

Then you can mount the new bronze base. All you need is a 2mm hex key for the screws. 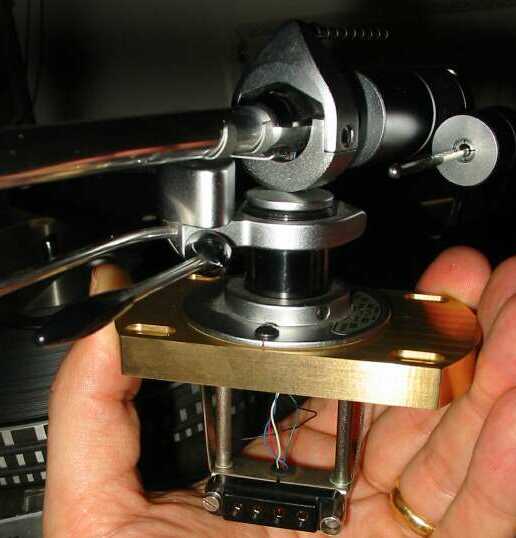 How does it sound ?

With the Series R tonearms, I noticed a much more powerful bass. It was like this arm is now capable doing an "up and go" which it couldn't deliver before. The new gained positive aspects reminded me of the more powerful English tonearms like Linn or SME V. Fortunately there is no downside, the initial character of the tonearm isn't changed, it is just, that it gets more dynamic, more bass, more soundstage, simply more power. I got the feeling that this is the final tune, which is necessary for the Series R tonearm to play in the tonearm super class. The 3009R now sounds more complete than ever before. Considering the quality of the tonearm before, I rate the gain as big as 80% more quality (whereas I rated the bronze bearing 30% better than the steel bearing and 50% better than the plastic bearing).

With the Series 2 tonearms, I had to try it too. I remembered well the much differing results when testing the bronze bearing, and was surprised, that the bronze base was working here nearly as good as with the Series R. No loss of charme or character, just a gain of power, soundstage, dynamic, all these things. Although the series 2 tonearm had a lot of benefits from the bronze base, the gain was not as strong as with the series R tonearm. Considering the quality of the tonearm before, I rate the gain as big as 50%. I think that this is not a necessary modification, as the Series 2 is already a strong characterful tonearm. Now it is even bettered. 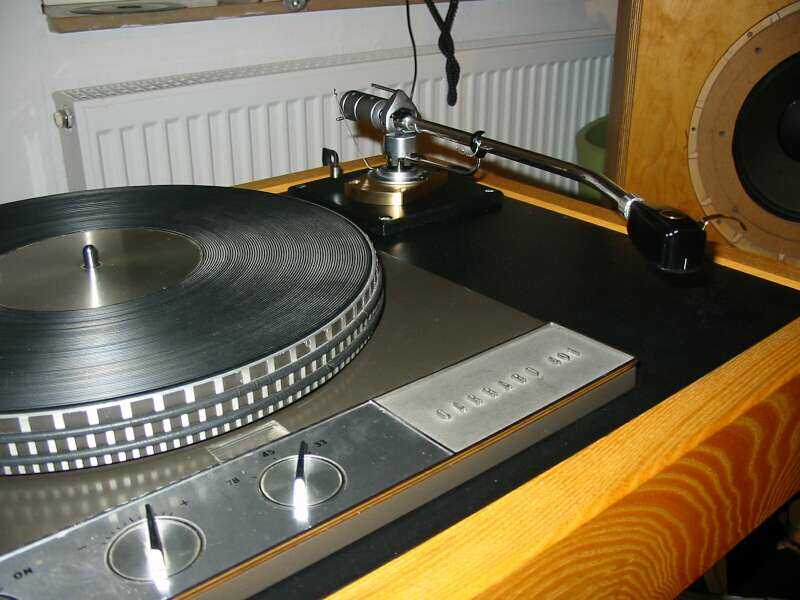 Comparison of fully bronze modifed SME3009R to bronze based SME3012/2

The differences between the two SME variants are the same like described in the bronze bearing test report, as well as the difference to  my Schroeder No.1 with Ortofon Rohmann cartridge, though they gained a lot in bass performance and soundstage.

Again, the benefits of the modifications have been stronger than those normally gained with new cables or a change of pickup. This is a great result. Do I recommend the bronze base ? Yes, I recommend it for all SME knife edge bearing tonearms, as it is bringing only benefits and no losses, and last but not least, it is rather easy to do the modification.

Both tonearms now have a qulity that is more than a threat to 12 inch Ortofon tonearms. Before, the Ortofon tonearms were said to have better bass performance compared to the SME knife edge tonearms, specially when using Ortofon SPU or similiar cartridges. Now, since this bronze base modification is available it is clear that SME tonearms can play powerful and dynamic with Ortofon SPU cartridges.