For Source Components, Preamps and Amps

There are racks for equipment, stands for loudspeakers, and bases for preamps and amps. If you ever asked yourself about bases for turntables, this article is for you. Last year Mr. Kisseler from SSC gave me his latest base board for review. It is a basic style entry level board, not with real veneer, and only one choice of color: black. But I find this black version very convenient to use: it nearly disappears optically. The drawback is, I had problems taking good pictures of the board for this review.

For some months now, I have my Garrard 301 in a big, heavy birch multiply plinth. When I got the plinth last year, for the a week or so I tried tennis balls cut into halves as feet, but I was not very pleased with the sonic results, as the tennis balls provided an airy, but diffuse and fuzzy sound.

When I installed the SSC Solidbase under my Garrard 301, I was rewarded in many respects. Not only I got a believable soundstage with pinpoint resolution, also the macro dynamic has improved a lot. With the SSC, I got also deep, palpable and a well structured bass, which reminded me a lot of the Naim virtues of story telling bass, if you know what I mean.
I have no idea how the decoupling elements in the base are working. 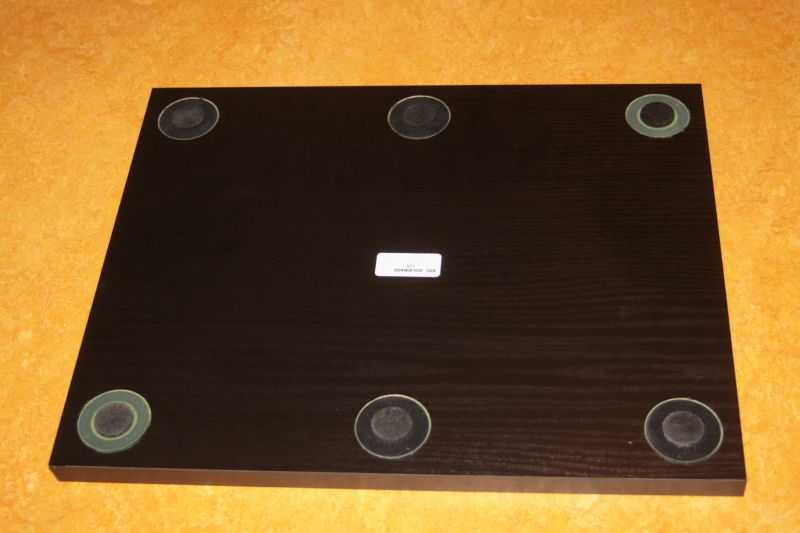 I was so happy with the result, that I forgot writing this article. In December, Mr. Kisseler asked me to send back the Solidbase, so I had to hurry up. You know, for tnt-audio writers is no free gear. For such an article, I needed also more findings. So I unleashed a nearly forgotten dinosaur from my attic: a Cotter turntable base. Cotter is still famous today for their step-up transformer, and also for their turntable, a big Japanese direct drive with 12-inch tonearm in a very heavy plinth featuring a spring suspended board made from two pieces of slate covered with rubber. The Cotter base is just the plinth alone, without that direct drive turntable. I used that base in the mid-90ies under my Scheu turntable made from Scheu DIY components, and it gave the Scheu some Platine Verdier flavour, and eased a bit German correctness. 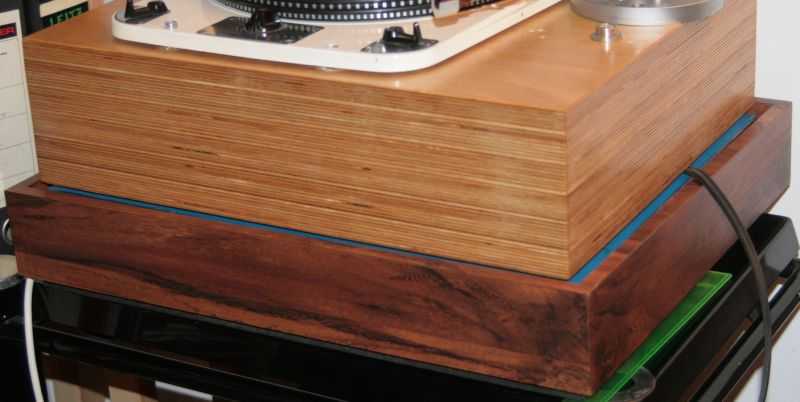 The Cotter turntable base sounds completely different from the SSC. It is very airy, yes, but not as diffuse and soft as the tennis balls. Soundstage is more deep than wide. The soundstage is completely separated from the loudspeakers. But macro dynamic is a bit compromised. Especially, deep bass is weaker. As a result, music sounds rather nicer than real.

In the end, the SSC Solidbase was a clear winner for getting the most music out of my Garrard 301.

OK, then how does it work with other components? 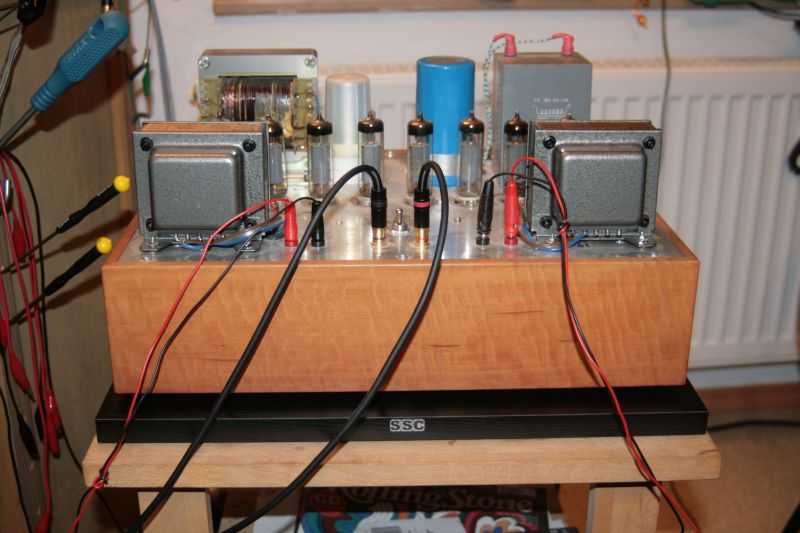 For many years now, I have an active speaker system, with digital crossover, and separate power amps. For the tweeter region, I have a flea powered stereo tube power amp, while the other amps are monos. Since I have just one SSC Solidbase, I could test it with the tweeter region only. In this configuration, I could not make up any noticeable difference between having the Solidbase under the power amp or not. But I presume, this is due to the tweeters chiming in at above 10 kHz.

Well, let us try something more sensitive. Some weeks ago, I just finished my new prototype no-feedback solid state MC phono stage and line stage preamp. With this gear, I could hear differences. The benefit was not as big as with my turntable, but I gained some resolution and dynamics.

Like with all accessories it is a hit or miss thing. For me, the SCC Solidbase fits the bill as turntable base, as it is not expensive, almost invisible, and has positive effects on the sound.

In the meantime, the Solidbase is obsolete. But there is a Flatbase in the manufacturer's lineup, with some more decoupling elements, for 150 EUR. Other dimensions and colors are available, as well as real veneers.