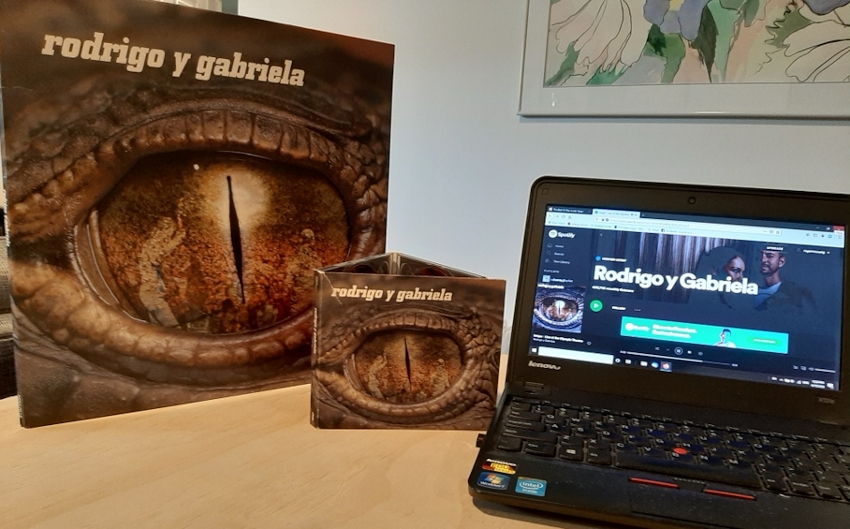 What are the differences between vinyl records and CDs (and digital music in general)? This is a topic that we all love to read about, talk about, to debate and, of course, argue about. I recently read a very well written, thorough, and well researched essay on this subject penned by Chris Kornelis in 2015. It was found on a web magazine, LAWEEKLY.com, on which Mr. Kornelis is a regular contributor. Inspired by the vinyl resurgence, Kornelis explores many aspects of this phenomenon from the recording studio to consumer attitudes and trends. His analysis includes a discussion of the technical merits and limitations of each format, bolstered by input from some famous recording industry people such as legendary recording engineer Bob Ludwig. This work kindled some ideas for me so I decided to put them down in writing and stir the pot a bit more. So, let's examine the inherent physical capabilities of each medium. Please note that this examination relies heavily on the technical information found in Mr. Kornelis' article. (Some will remark that they have seen the photo before. Guilty as charged, I used the same picture a few months ago in Adventures in the World of Digital Audio.)

There is no physical limitation to the low frequency capability of a CD. Theoretically, one could encode down to zero hertz on a CD. There is, of course a limit to the high frequency performance. The Nyquist-Shannon Sampling Theorem dictates that the Red Book CD format, which uses a sample rate of 44100 hertz, can correctly reconstruct an analog signal up to 22050 Hz, which really only dogs can hear.

With a vinyl record, well, it's not so simple. The lower the frequency, the wider the grooves must be. In order to pack 20 minutes of music per side on an album it may be necessary to remove the low-end frequencies during mastering. (Now imagine how narrow the grooves have to be on a “Greatest Hits” album with 28 minutes per side!) Furthermore, at low frequencies, tracking and resonance becomes a problem, the stylus having difficulty staying in the groove. On the other end of the spectrum, the high frequency capabilities of a vinyl record are a function of the linear speed of the stylus in the groove. The inner tracks of the record have a much smaller circumference than the outer tracks thus, a much lower linear speed and consequently a loss of high frequency capabilities. This is why good recording engineers lobby for placing tracks with more high frequency content at the beginning of a side and not at the end. The adoption of the RIAA equalization system compensates for some of the deficiencies of the vinyl medium, but certainly not all of them.

What about dynamic range? Higher volume requires wider grooves, so there again has to be a compromise on dynamic range in order to get sufficient play time on the record. Lower volume means a poorer signal to noise ratio. What's more, vinyl records have inherent groove noise due to the simple fact that a stylus is scratching along in a vinyl groove thus producing some rubbing noise. Add to that any snap, crackle and pop caused by dirt in the grooves. The CD, of course, does not suffer from these problems.

So, is the CD a superior format from the point of view of fidelity? I would say yes. The vinyl record is challenged to reproduce the low frequencies as far down as a CD, and the high frequencies as far up as CD as well as the dynamic range of a CD. On top of that there is an unavoidable background groove noise. The vinyl record has definitively lost the technology war. So why is it so popular? In reality, the whole technology argument is moot! Here's why.

In conclusion, the CD and other digital formats have an advantage on portability and ease of use, whereas vinyl is attractive for its nostalgia and the pleasure of the physical media and the enjoyment of the album covers. In my world, vinyl wins a point for the liquid sound, which I prefer to the surgical accuracy of the digital source. When it comes to the “technical” advantage of the digital format, well, maybe it's an argument that is simply a waste of time and energy. Being technically better is only important if the advantage actually makes it all the way to the listener's ears. As for the large number of audiophiles claiming the superiority of the vinyl format, it is important to keep in mind that many of them have skin in the game.

So, enjoy whatever format you prefer and don't worry about the rest.