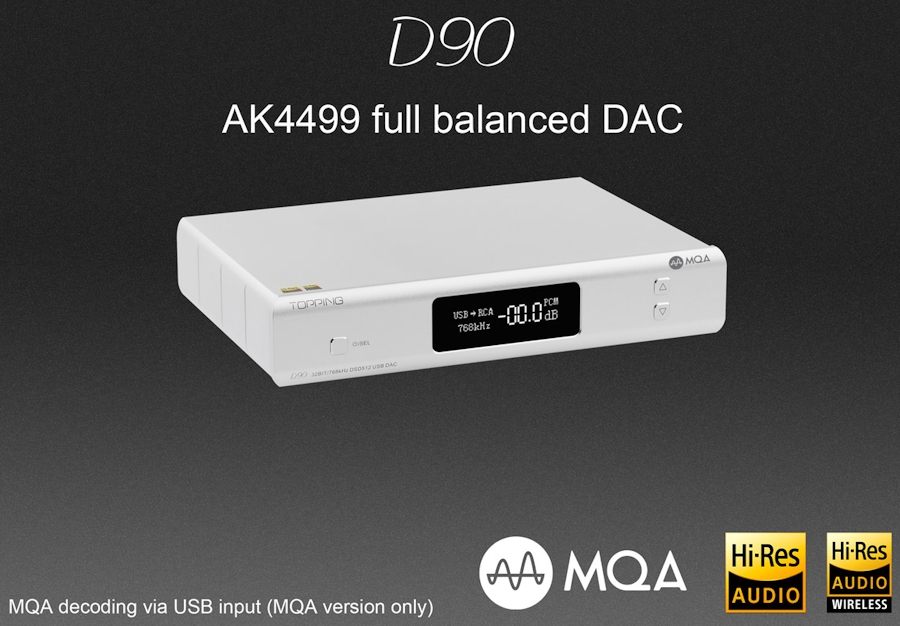 My previous article was decrying a trend in spatialized audio, in a manner similar to the old Dolby Pro Logic receivers of old, just targeting headphones.

THX for the past 20 or so years have certified amplifiers to achieve certain specifications, making them suitable for cinema use. I can see where some standardization was needed to try and give a similar experience no matter what theater you watched the movie in. When THX started certifying home cinema products, it became a stamp of approval, that, along with adherence to the latest Dolby/DTS codecs supposedly guaranteed you cinema quality sound.

What did it do? It created a race to add more channels of amplification for the home, support the latest x.x.x number of channels and they are pretty much indistinguishable from each other. Amplifiers became compromised, trying to pack more into a form factor, whilst still managing heat.

If you look at the one of the recommended home cinema receiver lists at one of the UK leading Hifi magazines, there are a total of 9 manufacturers. 7 of these are mainstream and two of those are owned by the same company. There are two manufacturers that I would think of as smaller independents, Arcam and Anthem. Where does the innovation come from? Not the manufacturers, they are too busy getting the latest certification from THX, Dolby and DTS, not to mention supporting the latest HDMI standards. Adding more speakers is not innovative, it just makes things more expensive.

THX is starting to certify headphone amplifiers as well now. If THX certifies that this measures well, then it must be good? But, here is the thing. The headphone amplifiers that are certified use something called THX AAA. This amplifier module is made by, guess who? THX. Their claim:

That is big talk. They are not the only people to do feed-forward and produce spectacularly measuring amplifiers. Nelson Pass patented his “Super Symmetry” technique some years ago and sold the technology to Texas Instruments. You can buy their opamps that now include this in the chip. However, audio is complex and something that measures well, with THD+N off the charts when fed a sine wave, can still sound somewhat lifeless with actual music that is infinitely more complex.

But the bigger thing here is that there are now a whole raft of products, from companies like Drop, Monoprice, Benchmark and Mytek that use a drop in chip from THX and can say - “we are certified THX - see we have the logo”. But, some of these amps go for $300, some go for $1500. But if they use the same chip, and they both achieve certification, then why the difference in price? Fancier case? More connectors on the back? Do they meet the same measurement specifications?

What THX want is for a whole raft of manufacturers to use their modules and they will make money on all of them, both with the module itself and the licencing. And this kills innovation. They want to be the next Hypex or Bang & Olufsen, who between them supply the majority of the D class amp modules, or the next AKM or ESS that supply the majority of the delta sigma DAC chips. But with a twist, they are throwing the branding of THX certification into the mix.

I am not saying that the THX AAA amplifiers are bad or poorly made, or that the implementations from the above companies sound bad. On the contrary, from the reviews that I have read, some of them are very good. However, I want variation in the industry. Why? Because we all hear differently, there is no such thing as perfect sound. I also want innovation. This says that this one amplifier topology is the only way to do it and the only way that you can sell it is if it has a THX logo on it. No thank you.

MQA are coming at this from the other direction. They are saying that their algorithm will turn your DAC's output into a perfect (or better) representation of what came from the studio.

But to do this, they want full access to the design of the DAC manufacturer. Some manufacturers are none too keen on this - notice that Chord and Schiit, among others, have refused to play ball with this. Notice that these are the manufacturers who actually implement their own technology in their DACs. They would be forced to give up their designs to MQA, a company that is very heavily linked with a competitor, Meridian Audio. They also disagree with the closed ecosystem that MQA wants - because it stifles innovation and everyone will end up using the same ESS/AKM delta sigma chip with the same set of filters.

In the past, I used a DAC from Pro-Ject for a while that had MQA, I steamed from Tidal, and thought it sounded pretty good. However, I also tried out Qobuz, both on that DAC and a less expensive DAC from Schiit and preferred Qobuz lossless streams on both. There are also concerns that MQA is actually a lossy transmission medium, though I am not going to get into that particular argument here.

Please consider this. MQA wants licensing fees from the DAC manufacturers, the recording industry and also they want some of the money for every stream. Yes, someone else is trying to take a cut out of the artist's streaming revenue and of the manufacturers revenue to have yet another logo on their product. That, to me, seems wrong.

Then there is the “Hi-Res” sticker that appears on a lot of DACs and amps. Originally introduced by Sony in what seems to be a genuine attempt to define a standard, it was given to the Japan Audio Association (JAS). It has been slowly adopted, and the Recording Industry Association of America (RIAA) introduced the following guidelines for playback devices for certification:

Seems reasonable? But really when you think about it, most DAC's in the last twenty years should be able to decode 24/96. I could probably go to diyaudio.com and put one together myself that I could put a logo on. Amplification performance of 40kHz is what you should expect.

But there are ways around this. I have seen Bluetooth products with the Hi-Res logo. Yes technically, codecs like LDAC transmit at 24 bits, but they are still compressing the data, as it's max transfer rate is 990kbps - that is around 69% of the information that a CD holds. To me, that is not Hi-Res. It might be better than MP3, but it is not better than a CD.

Maybe with the RIAA involved, this will eventually be policed better, but there are many products that are made outside of the jurisdiction of the RIAA that can put a sticker on a product and sell direct.

This did start to make me think about Roon, the streaming software that I use. This is a platform that gives me a user experience for streaming and local file playback that I really enjoy. They do however, have a certification process for their partner products.

Here is the difference, Roon exists purely as a software company, they make their money on subscription fees. This means that they need to keep innovating to ensure that their users don”t go elsewhere.

They do not charge for certification, or charge for the Roon Ready or Roon Tested certification from comments by their COO on their forum. They want more people to be able to access Roon. Yes, they have their RAAT streaming protocol, but they certify products that also include Spotify Connect, Tidal Connect, Airplay, Amazon HD streaming, Chromecast, DLNA, UPnP and other streaming services directly.

They also allow users to make their own core using ROCK OS, whilst also manufacturing their own Nucleus Core. They allow DIY endpoints that use Roon Bridge that can be installed on a light Linux OS. Their certification is to try and give their customers a better experience and hold manufacturers accountable for making it compatible.

For the majority of music listeners that have been spoonfed MP3 over bluetooth into poor transducers for years, they don”t know any difference. MQA, THX, even the spatial audio offerings, will likely make them listen to music in a way that they haven”t before. Maybe that isn”t a completely bad thing.

For those of us who invest time and money into improving our musical playback to enjoy it more, we do know the difference. So please think before you buy into the marketing and the hype of the latest, newest thing. Just think, a number of years ago, HDCD was going to be the next big thing, as was DSD and even Quadraphonic sound. How much music can you buy in those formats now? Fads pass. These may as well. But, I have access to all the music that I love in CD quality 16/44.1 (or better) resolution PCM. All open source. It sounds fantastic on my equipment. Why? Not because of the marketing gurus who push the next big three letter acronym. It is because of the innovators who design amplifiers, DACs, headphones and speakers. And most of all, because of the musicians, artists, and engineers who recorded and mastered the music in the first place. So, sit back, choose your favourite music without worrying whether your DAC is MQA compatible, whether your amp has received the golden blessing of THX, whether it confirms to some newly written standard. Above all, enjoy the music.