My concern with spatialized music 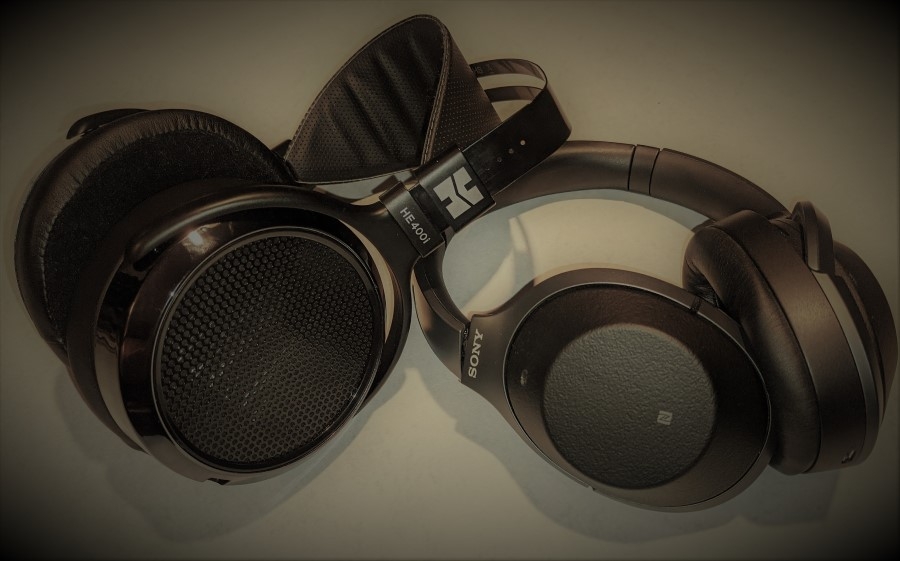 I am in the midst of writing an article and started going off at a bit of a tangent. I felt that it was worthwhile actually making this tangent its own opinion piece rather than make a long review paragraphs longer than it needed to be.

I will start by saying that I truly believe that stereo sound reproduction of analog and digital at CD resolution is still superior to multi channel and lossy digital formats. The Campaign for Real Stereo is one of the reasons that I decided to write for TNT-Audio. Higher resolution files may be better, but it is difficult to tell if it is actually the mastering that makes the most differences, rather than the bit depth or sampling frequency.

My concern is with spatialized music. It might be well mastered and recorded, but even if good, they are still a walled garden, either forcing you to stream from one particular service or to buy your music again. There is an increase in this from the likes of Dolby (Atmos), Apple (Spatial Audio) and Sony (360 Reality Audio).

I have already reviewed Sony's 360 Reality Audio and it was my first truly negative review here at TNT Audio. I'm sure that Sony executives are not losing any sleep because of my review, but I felt that it was a gimmick.

I have since had a chance to use Apple Music at its new lossless tier. At CD quality and higher resolution files, I like it. I feel that the interface is not as good as Spotify or Roon, but I can see that this is an opportunity for more people to start enjoying lossless music instead of lossy MP3 codecs. I am also limited by either the inbuilt DAC in my iPad or the ability to stream via Airplay. But it is certainly a step in the right direction for getting high quality music to a wider audience.

Along with this, you get to listen to some Dolby Atmos and some Spatial Audio coded music from Apple. I listened to a few tracks and I was frustrated. I do not have Apple's AirPods Max that will add gyroscope data from the headphone to adjust the position of the song with your head, but I was able to use the iPad that supports Spatial Audio, connected to a Schiit Magni 3+ headphone amplifier with some HifiMAN HE400i headphones.

I will say that, over the standard file on Apple Music, on my headphones, it did sound more spatial. But it felt inorganic and slightly artificial, the realism was lost. Part of this may be down to the DAC in the iPad. It was, however, more tolerable than what I experienced with Sony's 360 Reality Audio.

Switching back to Qobuz, using Roon to stream to my headphones via a Schiit Modi 3 DAC, the standard CD quality playback showed itself to be superior to both the CD quality from the iPad and the Spatial Audio, both in terms of soundstage and also in terms of the organic feel to the music. I was not using my most expensive streamer/DAC/amp combination here, this was a Schiit Modius/Magni 3+ combination that I use at my couch.

Now, it may be that I haven't used Apple AirPods Max to get the full benefit. However, I feel that the issue here is that Apple is not an audio company. They are a computer and software company. So, in an attempt to differentiate themselves (and their Beats owned brand) from everyone else, they resort to software DSP to trick the listener into thinking that it is better quality. They are not adding extra drivers to the headphones, it seems to be a regular dynamic driver, so it is not like they are adding in extra speakers like in a home cinema.

I feel that I am risking alienating some here, but in my experience of DSP, having used various convolution filters for both my main system and most of the headphones that I have used, DSP does not quite work for me.

I remember my first Dolby Pro Logic Receiver, a Kenwood if I remember correctly. I was so excited, I could do all of these wonderful effects. After a while though, I started finding myself switching back to stereo, finding all the effects gimmicky and unrealistic. Not long after that, I bought my first proper amplifier, a Marantz PM66SE and sold the Kenwood.

We went through the surround mixes on SACD and HDCD. None of those actually achieved any market penetration except in some very niche areas - stereo still sounded great.

I did try using Room EQ Wizard (REW) along with Roon and have always migrated back to a bit perfect and unaltered signal path to the DAC.

There are areas where, done well, I think that DSP can be beneficial. An example would be on noise-cancelling headphones that are already altering the signal and are usually only starting with bluetooth codes that are lossy anyway. Using DSP for a digital crossover between speakers instead of analog components, such as KEF does with their LS50 Wireless speakers, makes sense and all DAC's have some level of DSP in their filtering.

But most of the time, when using DSP to correct speakers or headphone to a target such as the Harmon curve, I feel that something organic in the music goes missing. Maybe I haven't experienced it implemented well, but I feel that tweaking the sound of a speaker or headphone with DSP fails more often than not. I don't want my speakers or headphones to all sound the same, to all tread the same path, I want them to sound different. That is part of the wonder in hifi, tailoring the components to achieve the sound that you prefer.

What Apple, Sony and Dolby are trying to do is push everyone to buying a limited number of products that support their unique technology. But if everyone ends up wearing the latest Apple or Sony headphones, where is the innovation going to come from? Now, I use and still enjoy my Sony WH-1000XM2 headphones - especially when travelling. I have also not tried Apple's latest offerings. This is not a review of the hardware.

I have recently discovered open back planar magnetic headphones in the shape of HifiMAN HE400i, and even at relatively affordable levels, the soundstage on these is massive and very enjoyable. Closed back dynamic drivers may have a little more bass and open back dynamic drivers may fall somewhere in the middle. But this diversity is driven by innovation from smaller companies and if those manufacturers cannot survive because of walled garden technology then, I am sorry, I do not agree with it and do not support it.

Here is my take. Every person is different - head shape, ear shape, the frequency range that we can hear. I hear differently to you, I experience music in a different way. So how does limiting us to only a few manufacturers cater to that? They will target a middle ground because that will sell better and that is the path to mediocrity.

But maybe, just maybe, Justin Bieber will sound tolerable on Spatial Audio. If they achieve that, then maybe, it is worth it. Time will tell.

DISCLAIMER. TNT-Audio is a 100% independent magazine that neither accepts advertising from companies nor requires readers to register or pay for subscriptions. After publication of reviews, the authors do not retain samples other than on long-term loan for further evaluation or comparison with later-received gear. Hence, all contents are written free of any “editorial” or “advertising” influence, and all reviews in this publication, positive or negative, reflect the independent opinions of their respective authors. TNT-Audio will publish all manufacturer responses, subject to the reviewer”s right to reply in turn.