No crossover on the woofer speakers 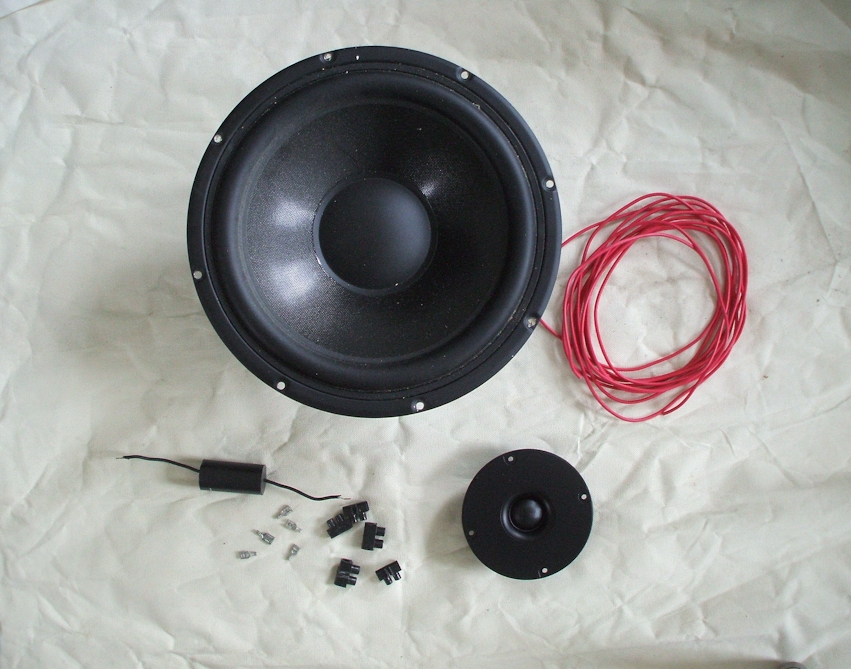 Web hifi forums bristle with praise for the Dynaco A-25s; this speaker has no crossover parts on the woofer. The speakers attracted good reviews. If we are relaxed about specification then the Zu Audio speaker range are modern equivalents, going crossoverless on the woofer is part of the Zu Audio philosophy_and_experience. Their Essence speaker garnished good reviews, see ours here at TNT-Audio and Stereophile reviews. And the bookshelf crossoverless woofer speaker, the Lonpoo LP42, also received a favourable review. Seas do a modern A-25 DIY speaker kit called the A26 (for a user build see). Further single wide band speakers like the TNT BFB, Seas and Audio_Nirvana builds are in the same no crossover on the woofer family. As one informed observer noted: passive crossovers are the real weak link.

The advantages of an A-25 type arrangement is the preservation of reproduced transient behavior, time-coherence and a speaker that mostly avoids phase distortion introduced by high order crossovers. Losing the series inductor on the woofer means that the amplifier damping factor is less compromised and there will be less insertion loss. There should be less unwanted cone movement, less backward EMF, better transients, and better tone and timing.

A-25 type speakers are not without their problems: uneven SPL of the frequency response curve; cone breakup distortion; beaming; poor off axis response and phase comb effects are just some of the issues. Look at any woofer frequency response and many have peaks and a breakup at high frequencies. Zu audio mitigates these issues by applying a radiating doping pattern to their Essence woofers and by fitting a phase plug. And issues like comb effect may be managed by limiting the overlapping of tweeter and woofer soundwaves.

The accepted gist on building an A-25 no crossover on the woofer type speaker is to use an 8 or 10 inch paper cone that has a flattish frequency response curve and a gentil roll-off. However much of the driver's actual response will depend on room and interactions, the speaker box, stuffing, speaker placement, doping and how the driver responds to unwanted cone movement distortion. Further speaker breakup maybe limited by the Xmax figure of the driver. Xmax says something about speaker construction..

My advice on building a DIY Hotch loudspeaker is to select a woofer with the type of characteristics that you want to listen to and that suits your music taste and amplifier. I like a fast, immediate and nearly live sound so I looked for a 10 inch woofer with an inductance Le value of below 0.7mH. Le is a metric that says something about woofer speed. I had tried a 10 inch driver with a higher Le (1.15mH) value in a sealed A-25 type build and the speakers, to me, just sounded boring and in the end unlistenable. This cone also had a high QTS (0.59) value and a flat frequency response. The amplifier I'm using works best with an 8 ohm speaker load and outputs up to 50 watts. In the end I went for a 10 inch paper cone, nominal 8 ohm, a voice coil inductance Le value of below 0.7mH, sensitivity 88/90dB or above, with a free air resonant frequency value below 40Hz, a QTS value of about 0.3 to 0.4 and a smoothish impedance curve as kinks might indicate ringing at these frequencies. Speaker breakup noise may be minimised for drivers with a high Xmax, sometimes called Linear coil travel or Maximum Linear Excursion, value. So I did compare Xmax values between woofer cones.

This is not a recommendation but an affordable potential A-25 type woofer might be the Faital Pro 10FE200. Though I rejected this driver as the resonant frequency (fs) is a bit high (55Hz) for the music I listen to, also the QTS (0.69) figure looks high and I was fearful, probable groundlessly, that the bass sound might be a bit lumpy, further the frequency roll off for this drive, though manageable, did not fall off as fast as I would have liked. The Eminence BETA_10A or Alpha_10 look interesting, the Stageline Monacor SPA-110PA might work, and the SB Acoustics SATORI WO24P-8 woofer looks good as does the SB Acoustics SB20FRPC30-8. All these drivers though have high frequency response peaks, they would however meet the specification of a relatively low Le inductance value. Looking at the drivers, more expensive ones tend to have a better Xmax (Linear coil travel or Maximum Linear Excursion) figure and should be better at handling cone breakup modes.

For your build fit a tweeter with characteristics that you want to listen to (silk vs metal, sensitivity, speed, matched with woofer SPL etc.).

Once you have selected the drivers and parts then add a box, then a port if you want, and finally the stuffing. I used a second hand speaker box for my Hotch build, the largest I could live with. I went for a sealed box design as this is better for transients and the build is not so fussy to get right and I added stuffing. I sealed up the box holes I was not using. And fixed the woofer in place. I fitted the tweeters in their own housing and positioned these on top of the woofer boxes.

In the past I found that crossover bound speakers were poor at playing about a quarter to a third of the music that I am interested in (for example Lachenmann or Ruders); the timing and transients were out. I believe that an Hotch woofer crossoverless type speaker does less damage to sound reproduction than crossover speakers. The speakers certainly sound good and they play almost every CD well - I sometimes stop and just listen to the music. The main problem with no crossover on the woofer builds is comb filtering effects. I suggest that you move the tweeter until you find a position that manages these effects. The aim is to limit the overlap of tweeter and woofer soundwaves at the same frequencies, axis and time. I found changing the axis of the tweeter compared to the woofer worked as a solution.

If you do this build or have built TNT Hotch type speakers with no crossover on the woofer then please write in and share your build and say what problems, expectations and experiences you had.