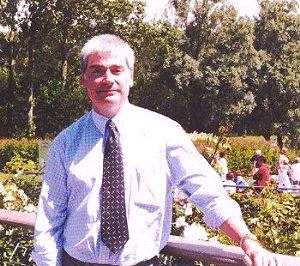 As I child, growing up in the formative years of Hi-Fi, I remember my father struggling with horn loudspeakers and various interesting items. He was an enthusiast and consequently, while I lived at home, a steady stream of equipment came and went. In those days, the enthusiast had to possess a good hack-saw with plenty of spare blades in order to cut out panels in wooden cabinets to house the early Quad pre-amps and other equipment. No self respecting enthusiast would be without an open reel tape recorder, often a Ferrograph, Revox, or, if funds were low, an Elizabethan. And of course there would be a Garrard 301 or equivalent spinning it's platter in the top section of the cabinet. In those days, I heard just about every type of loudspeaker, from Lowthers, Tannoys, IMF and many others, together with a wide variety of amplification.

While, at that time, the technology seemed incidental, I was always interested in the music and fascinated by the way it could be reproduced in the home. Later, I also became interested in the technology and worked myself for some years in the pro-audio industry. I developed a good ear for the quality of reproduced sound, particular with respect to phase errors, transient distortions and the general correctness of timbre. I also realised that reproducing music in the home with any sort of fidelity was as much a product of the listening environment as of the equipment.

I stumbled across TNT by accident one day on the web and was intrigued by the truly non commercial philosophy. It seems to me that this is closer to the original spirit of the Internet and how it should be used, i.e. people from various backgrounds and nationalities being able to share a common interest. Full credit then to Lucio and all the contributors who have taken the time to share their thoughts and enthusiasm.

For my own part, and, time permitting, I would like to mount a light hearted campaign against the nonsense churned out by certain elements of the hi-fi marketing machine and puppet like media, the higher end of which it seems to me is distinguished mainly by it's arrogance. This is especially pertinent with regard to the totally unrealistic cost of so called 'high end' hi-fi, which places it beyond the reach of many and suggests that reproduced music cannot possibly be enjoyed unless many, many thousands of Dollars / Euros / Pounds change hands. This is simply not the case and I hope to explore this claim via this channel. On the other hand, the increasing focus upon mobile technologies and compressed file formats serves to lower the quality of reproduced sound, particularly for youngsters who may consume music mostly in this way. Between these extremes, there is surely scope for well designed, good quality components that remain affordable for most people. It seems to me that this is a goal worth aiming for, as it can introduce people from all walks of life to the subtleties and magic of music.

Julian Ashbourn is an author, scientist and technologist based in the UK. His personal web site may be found at http://ashbourn.zzl.org