Here's the final part of my report about Capital AudioFest 2013 at the Sheraton Hotel in Silver Spring, Maryland. Now I'm turning to amplifiers and other electronics. I've already touched on some in connection with other equipment, and, as with speakers, nearly every room had these, meaning once again I'll be selective with the rest. Among the first rooms encountered upon entering the show housed the display by United Home Audio, already mentioned in regard to open reel decks. Also on display was a massive reference MBL setup, including this model 6010 preamp:

Triode Wire Labs was the only display I saw that made much to do about Class D amplification. It was showing Arion HS500 monoblocks (at 500 watts output into 8 ohms, a long march from the little T-Amps that I've taken into my heart in my own system!); feeding them were a DODD preamp and Miracle Audio Phonatic phono preamp. There also were a Plinius CD 101 CD player, bsg Technologies signal completion stage, and PI Audio Group power conditioner.

The quietest room at the show was shared by Woo Audio, Audeze, Sennheiser, Beyerdaynamic, Hifiman, AKG, and Stax. No speakers, just headphones and headphone amps. Among the offerings, Woo's WA7 Fireflies may have been the snazziest lookers, but a wide array of other models were also on display. 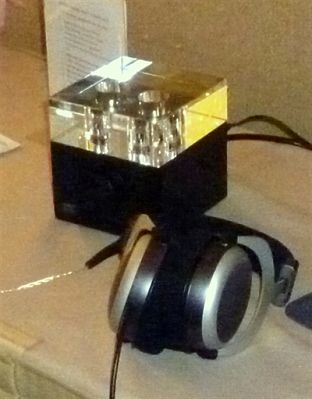 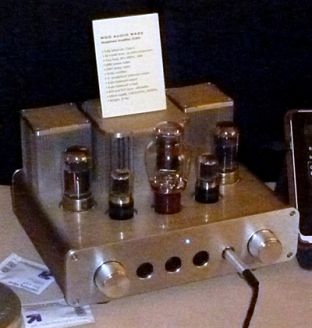 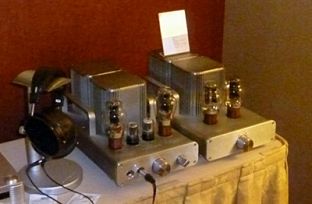 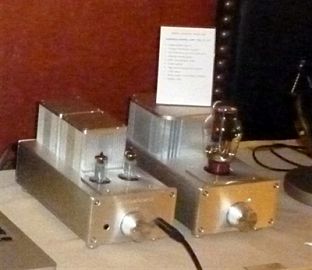 Finally, taking a step back into the past, the Gas Audio/Luminous Audio room was driving its system with, of all things, a refurbished Ampzilla.

In fact, some of the nicest sound at the show was in this room, which was playing mostly vintage equipment, including a 20-year-old set of speakers, as a test of a prototype preamp.

The Gas Audio folks had taken pains to choose gear that would be suited to a repurposed urban hotel room, and the results spoke for themselves.

I mentioned several surprises back in part I. One more that I saved for last: I'd expected that the array of high-priced, high-end gear on display would obliterate my own modest system at home, but, admitting that I didn't have time to give anything a fair listen and that nothing is heard to best advantage in a small, repurposed hotel room, I heard little that seriously tempted me away. My system has at its heart a Class-T amplifier purchased with guidance from TNT-Audio, and while it might not do so well in a side-by-side test, working from memory my impression was that it held up pretty well, to my mind proof the TNT bias toward good sound at affordable prices works. That said, if money were no object, of the equipment at the show, what would I have bought? Making one choice would not be easy, but I think the winner would be the Miracle Audio DiAne speakers ($12,000 per pair) and RoseAnn sub ($1,450) combination. Beautiful sound, and the folks in the room were all enthusiastic and nice as could be to the vintage guy, even playing a transfer of a 1906 78 that he'd brought on CD, hardly the sort of thing to draw in the crowds of modern audio lovers. Of course, alas, money is always an object, so what did I actually buy? Two bottles of cleaning fluid for my VPI machine at a show special price of $10 each. Just call me the last of the big spenders!