In the weekend of September 21-22 it was time again for this year's National Audio Show. The NAS is organised yearly by Chester Group at Whittlebury Hall in England. This year has been a success for them as visitor's numbers have been reported to be up by 25% compared to last year. The show is mostly aimed at 2 channel audio and has a relatively high proportion of products that relate to vinyl replay or contain valves in one way or another. More modern developments, as digital replay and switching amps, can also be found but if you're into surround sound you would find very little of your liking at the NAS. A good show for us old fashioned audiophiles then, even if you'd need quite deep pockets for some of the products.

The setting is a nice hotel in the countryside with very good parking and catering, so this makes for an enjoyable day out if you like audio. There were more than 40 rooms with demonstrations, some of them big enough to do a large system justice. The often heard comment that at a hifi show everything always sounds rubbish because of the small rooms is certainly not true of all rooms at the NAS, and we were able to enjoy several excellent demonstrations with outstanding sound quality. Better still: not even all of these involved exotic and expensive equipment.

As usual, I wasn't able to properly visit all rooms and audition all systems: there's simply not enough time to do that on a single day, and the setups in most rooms change from time to time too. So, the following report is a personal selection of the rooms I liked most. 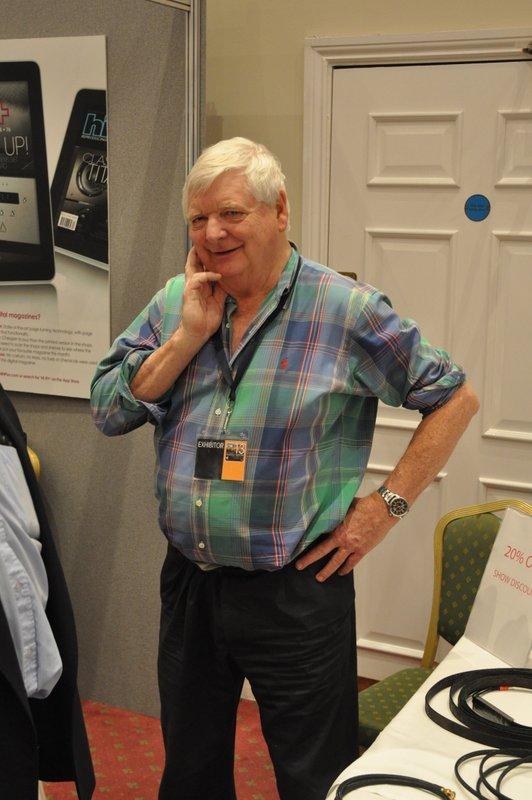 First, I immediately ran into Max Townshend, who was clearly enjoying the show. He had a number of his new vibration isolation components on display, which I know work very well in his reference system which I had the pleasure of hearing a few month back. Sadly, Max only had a static display and no audio demonstration. 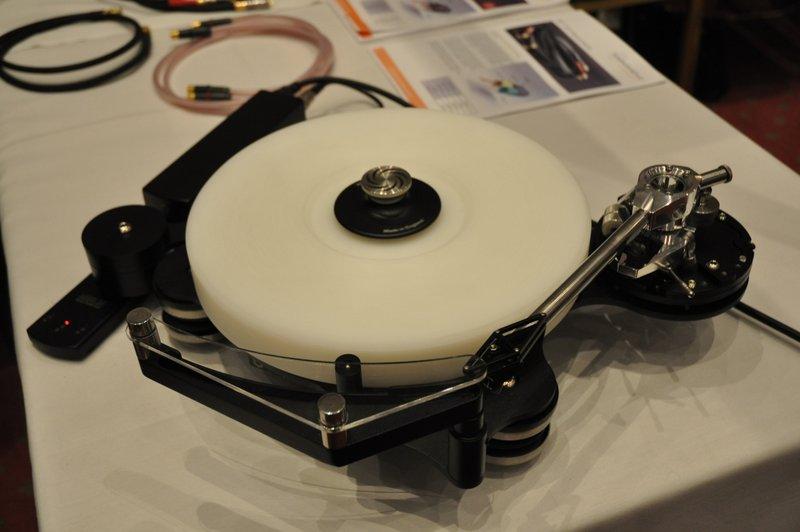 The lack of demo was all the more sad as Townshend has just introduced a new tone arm for their famous Rock turntable. We would have liked to hear that, but this was not possible yet. The turntable features the well known front damping trough, and the new arm had a very stiff thin wall stainless steel tube. The arm is also designed to align all forces on it, with low counterweights and bearings in the plane of the disk. 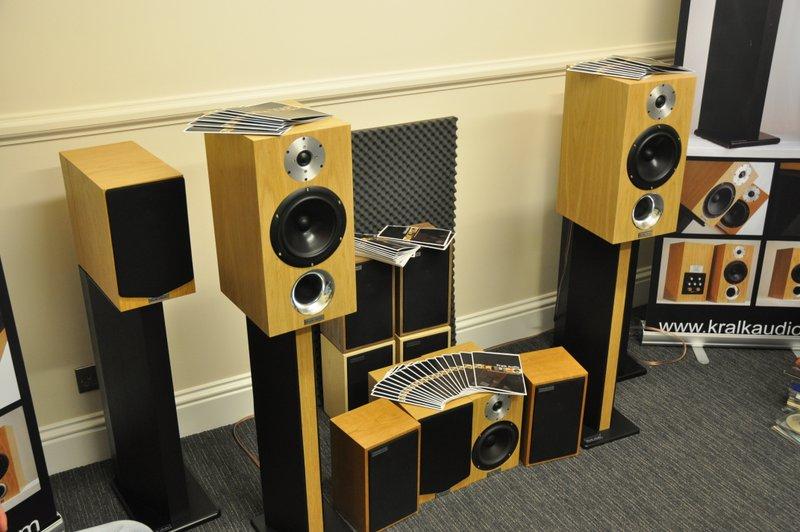 Alacrity Audio were demonstrating their latest speakers, which sounded good, with noticeably strong bass. TNT's very own Nick Whetstone has just reviewed these, and liked them very well. 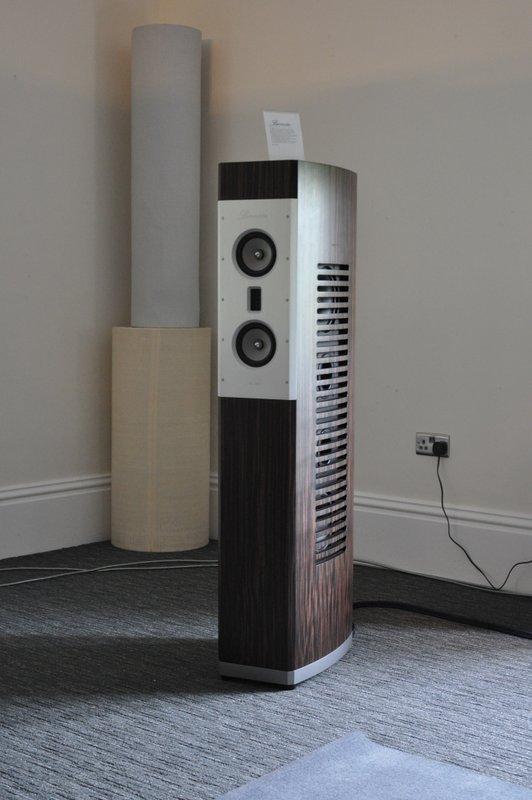 Burmester were showing off their large system by playing AC/DC at ear splitting levels. The sound was still very much controlled, in spite of really being at rock concert loudness. The Burmester staff were wisely standing back, but I enjoyed this display of power from the front row for a while and was deeply impressed. 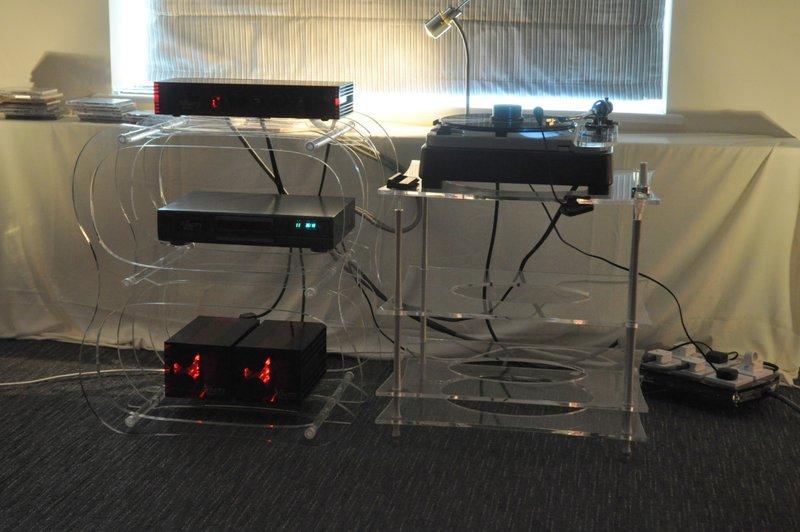 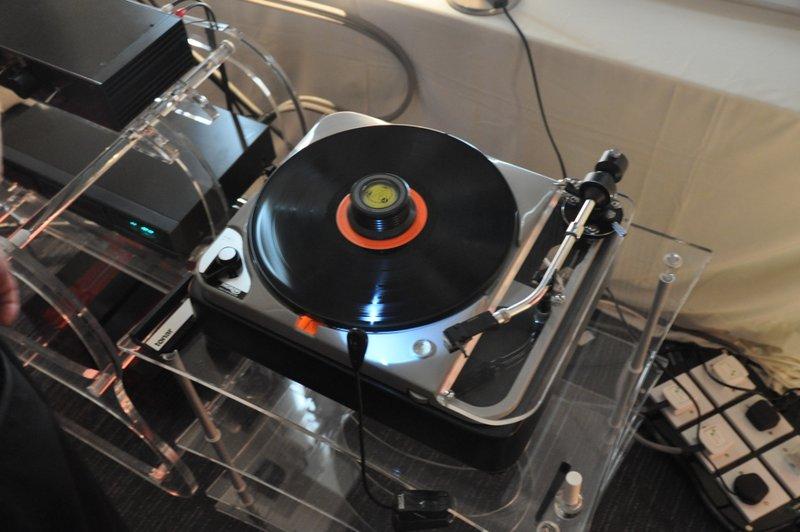 Albarry music were playing their amplifiers into a nice pair of Harbeth speakers. Their source was a classic Thorens TD124 turntable, around 40 years old. It was not even the only idler drive turntable at the show. This was a system that could also have been at a hifi show 20 years ago, but it didn't show it's age and was in fact one of the better sounding setups at the whole NAS! 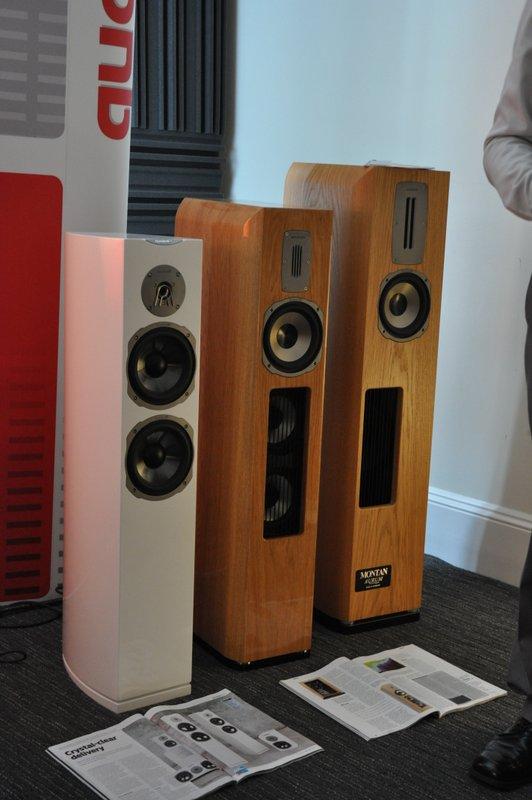 Quadral were showing a number of loudspeakers. Sadly they had decided to demo them on a £99 blu-ray player to demonstrate that their speakers also work in a 'real world system'. What precisely is 'real world' about a £99 player driving a pair of £4000 speakers is not clear to me, but it didn't sound too bad. Mind you, things did get a lot better when they switched to their new active speakers, which were driven by a proper CD player and preamp. 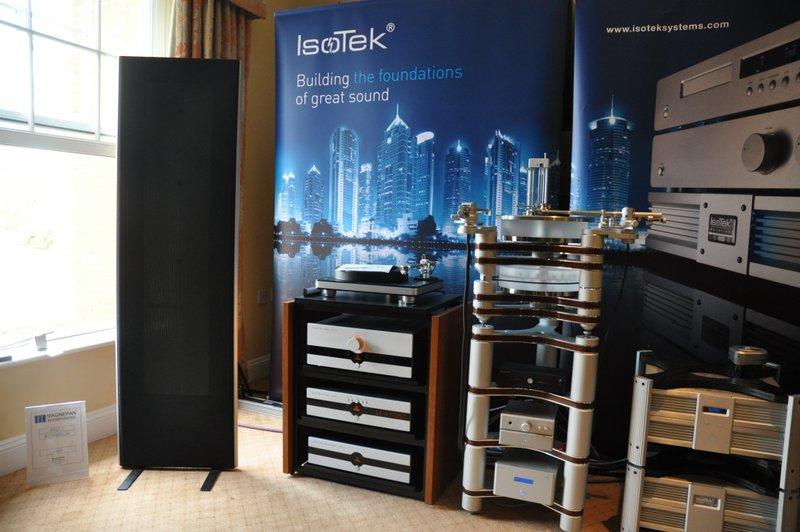 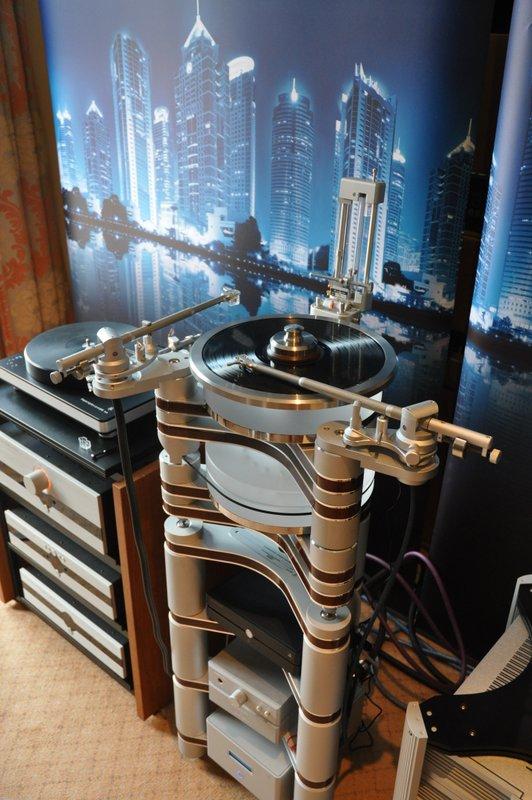 In the room of SoundFowndations the demonstration system included an enormous ClearAudio turntable and Magneplanar MG1.7 speakers. The turntable has two platters: a lower one that was belt driven, and an upper one that was driven by the lower platter by magnets. The guy doing the demo was able to put a piece of paper in between the two platters, while playing a record, to demonstrate this 'contactless' technology. It sounded great, but given the equally good sound quality reached elsewhere on the show with idler drive turntables, I have to admit to some doubts about the necessity of this feature. Still, I cannot deny that it sounded fantastic.

Icon Audio was one of the many companies with valve amplifiers. The look of all those valves, often set in shiny copper, was something to behold. Sometimes you really did feel like being back in the sixties, surrounded by classic turntables and valve amps. Except that Icon Audio actually do digital too. I did once review an Icon Audio amp, and liked it very much. 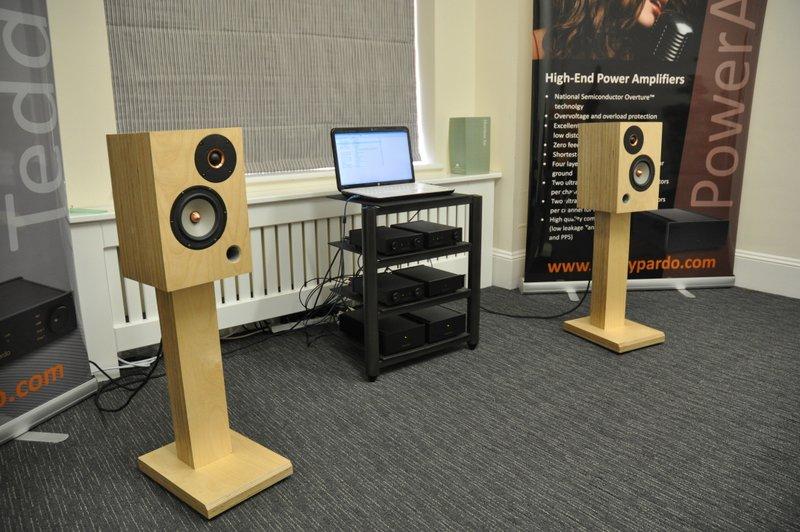 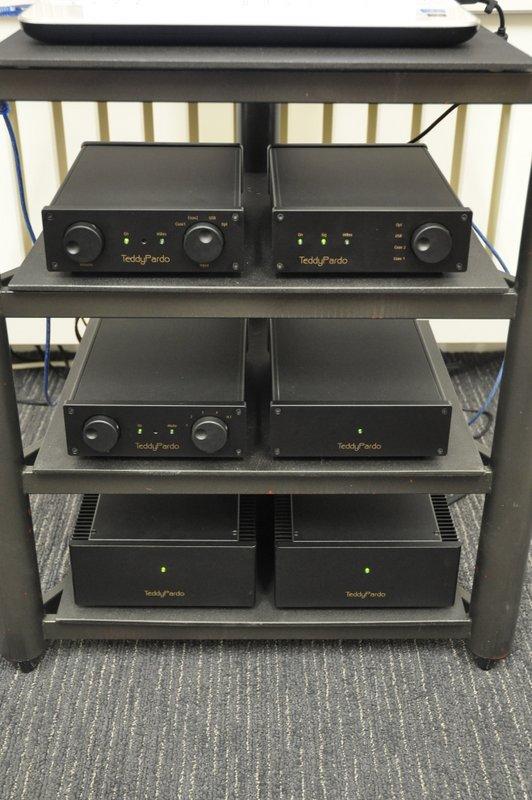 Teddy Pardo, of 'TeddyReg' fame, was using a complete system of his own electronics on a pair of his own speakers. The speakers are not for sale, but sounded very good nevertheless. He just decided to use his own speakers because everybody was always commenting on how great the speakers sounded in his demos, not realising it was actually the whole system that did the job. "I found myself mostly selling somebody else's speakers" Teddy told me, "so I decided to make a pair of my own". Judging from the sound, the whole system, including the speakers, deserves to be selling like hot cakes. There's a DAC, a DAC with volume control, a preamp, a stereo power amp and monoblock power amps. All sounded great, certainly for the price. Obviously all make extensive use of Teddy Pardo's own regulators. There's also a full range of power supplies for other equipment, including Naim, but that was not on demo. 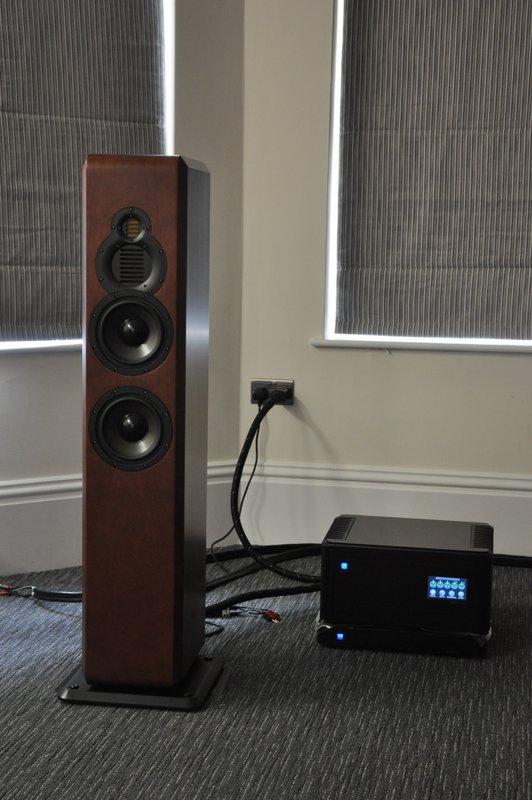 Adam Audio were demoing a pair of active speakers that sounded very impressive indeed. The sound was strong, powerful and well controlled, and all this from a relatively slender floorstander. When I heard it they were using enormous PS Audio mains power regenerators on all equipment. It sounded great, but I sadly didn't have the time to witness the demo with and without the mains conditioning. 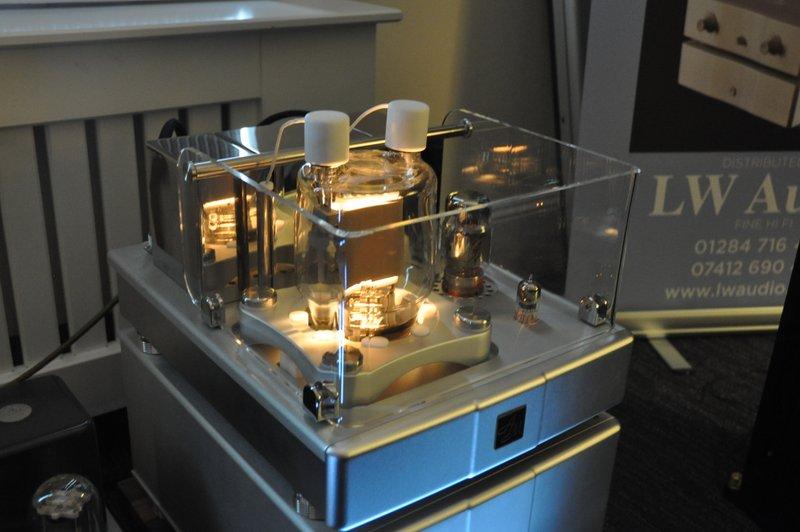 AM, Audio Music, were showing some valve amplifiers with the biggest and hottest valves I have ever seen in my life. They are also doing a TVC preamp, which I will be reviewing very soon. 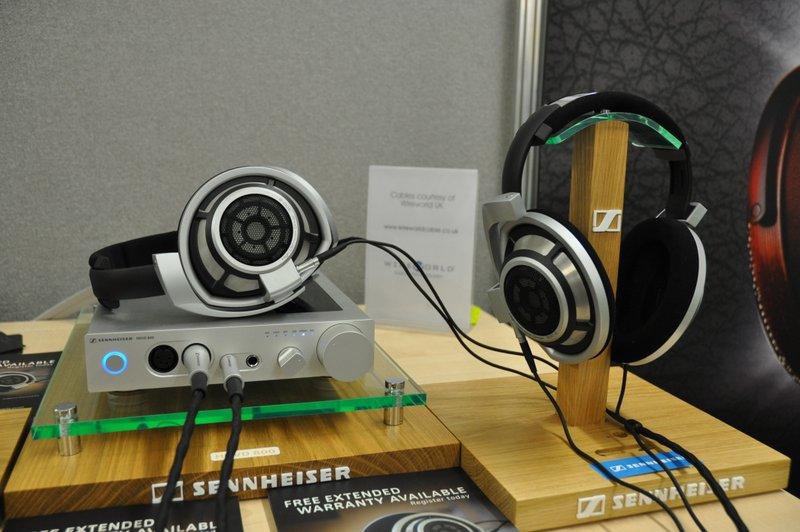 At the Sennheiser stand I listened to a pair of HD 800 headphones through a HDVD 800 DAC/amp and this was one of the best headphone experiences I've ever had. Sadly, the 'phones are £1000 and the amp £1500, and even the balanced cable is £250, so a little bit out of reach. But wonderful, there's no denying that. 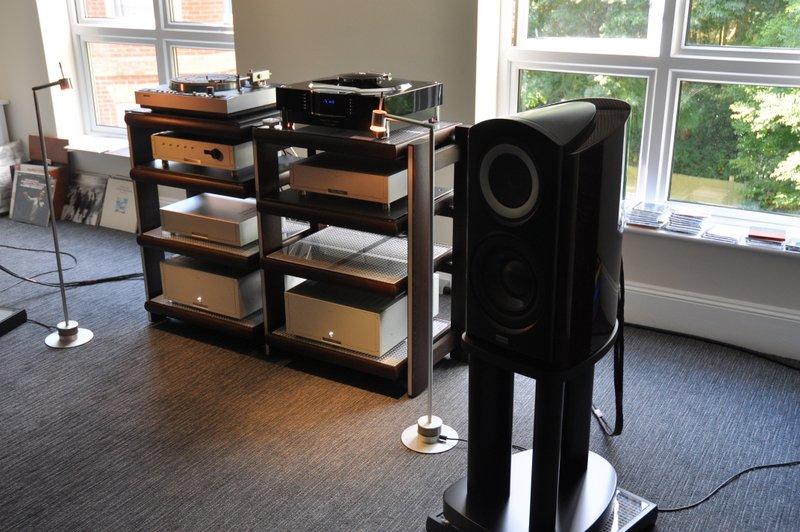 TAD had a fine system playing, with the biggest 'standmount' speakers I've ever seen. They sounded as big as they looked and projected an enormous soundstage. 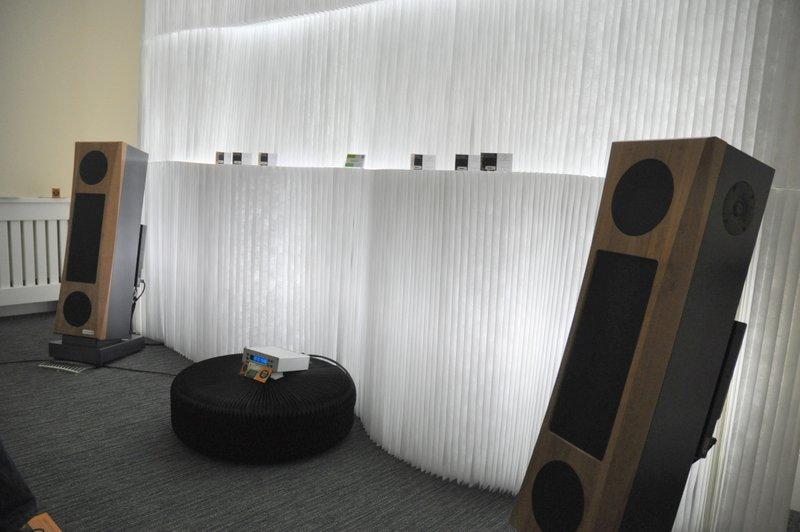 Janszen were playing their electrostatic speakers in a room with big folded paper screens with lights behind them. It made the whole room look like an artwork. The speakers sounded fine too, very dynamic. 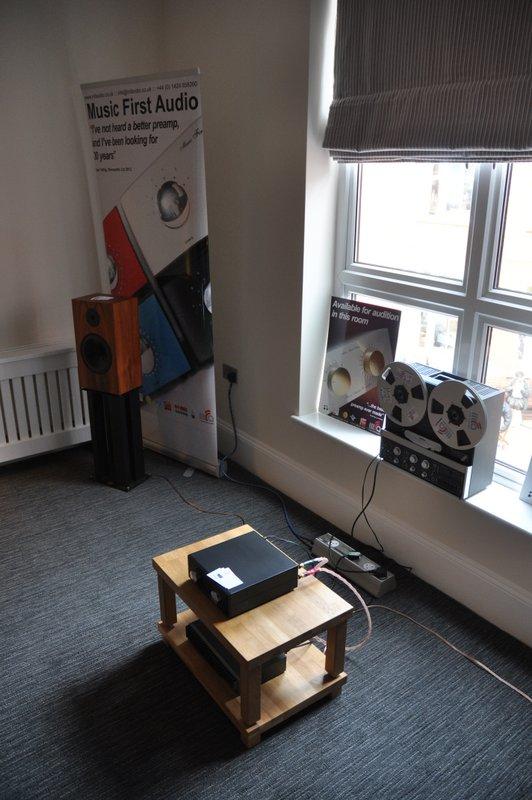 Music First are always present on the NAS, this time playing from a reel to reel tape recorder to one of their transformer preamps and a classic Quad power amp to a pair of Audio Note UK speakers. Sounded fine to me, just like a good TVC preamp should. 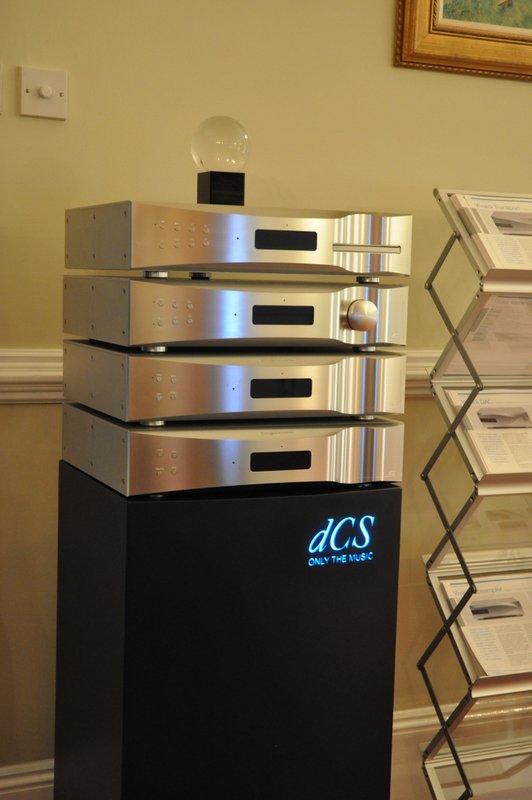 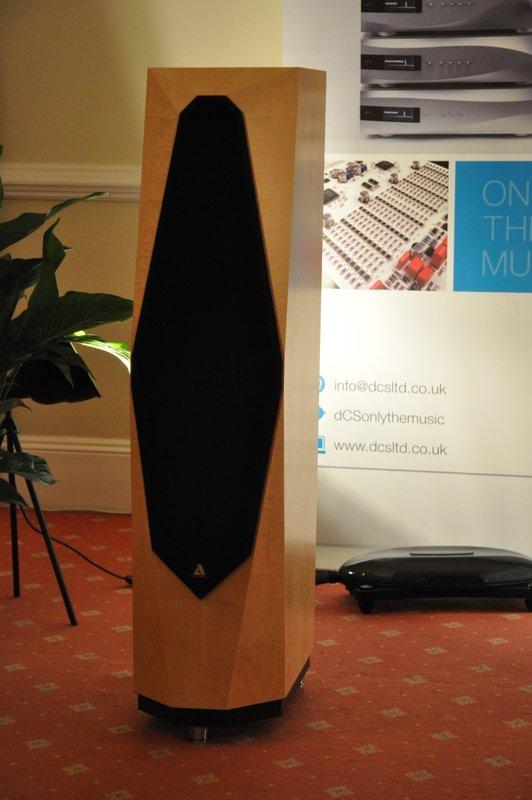 Digital conversion specialist dCS was demonstrating in a large room, using one of the bigger models Avalon speakers. The sound was excellent, with the speakers completely disappearing. Certainly one of the best sounding rooms at the show. 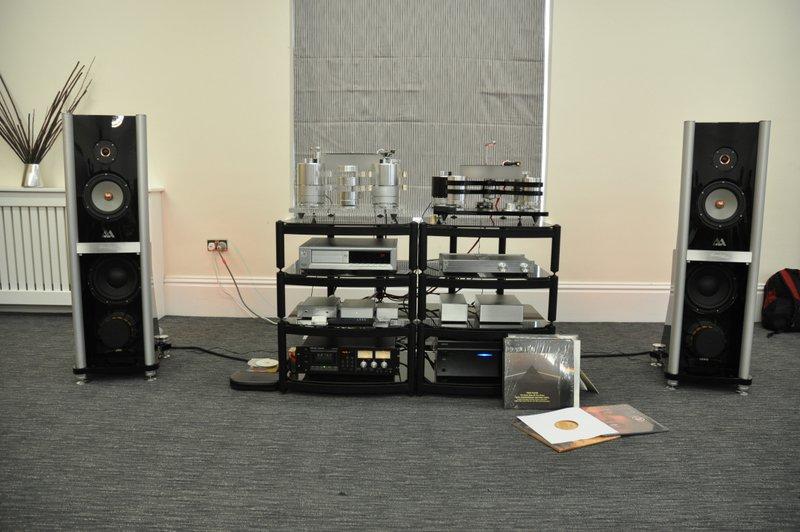 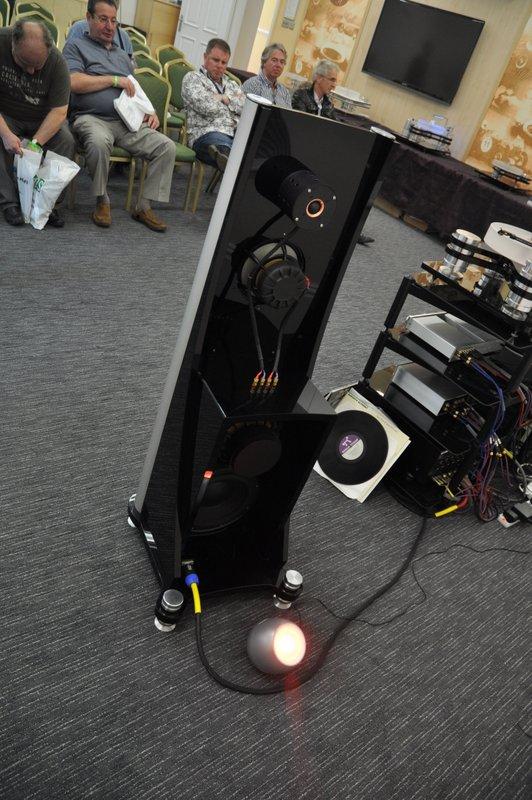 Analogue Alchemy was present, as usual, and their system was sounding great, as usual. They still insist on playing some of their music from a Tascam cassette deck, but this didn't seem to impact the sound. Their active, dipole loudspeakers sound as spacious as anything I've ever heard, with bass that is as clean and tactile as it gets. They do need a lot of space, though. 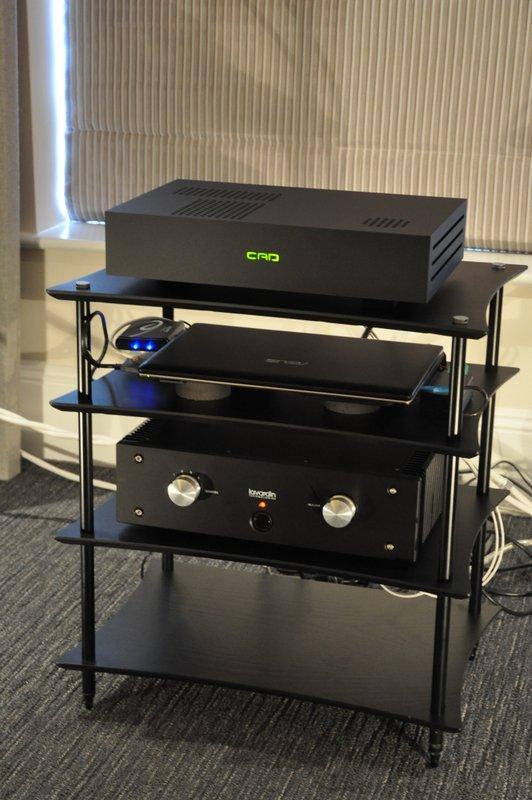 CAD, Computer Audio Design, were playing their 1543 DAC, which is a non-oversampling USB DAC. They had the help of a Lavardin integrated amp and a pair of PMC Fact speakers, making for an excellent and very natural sound. Not cheap, though. 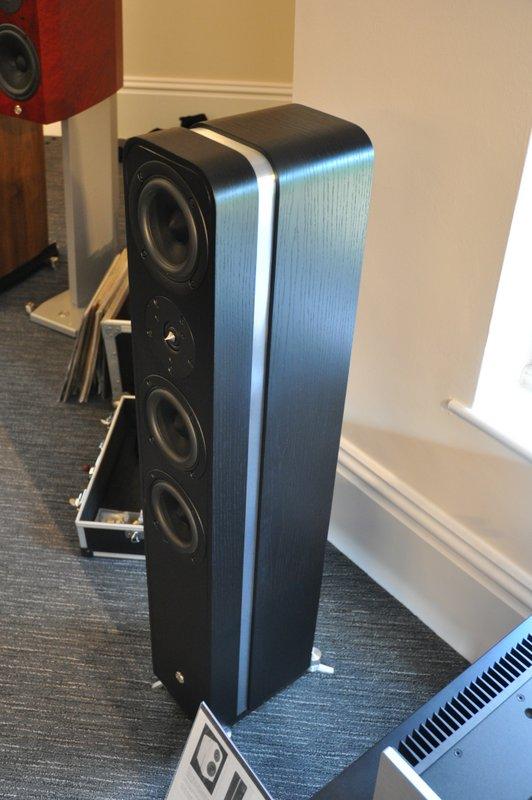 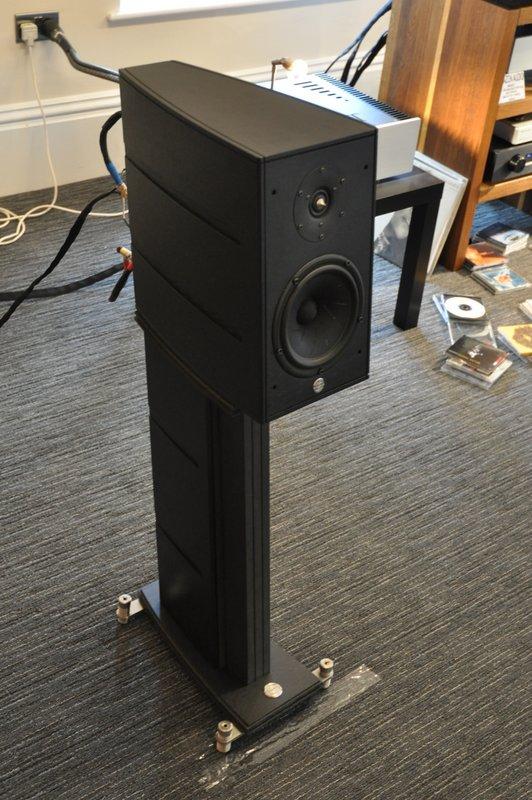 When I visited the Gamut room they were playing their El Superiores S3 stand mount speaker. This is an extremely expensive speaker, with specially treated Scan Speak drivers. It sounded great, filling the rather large room with ease.

All in all it has been a great show again, this year's NAS. The atmosphere was excellent, as always, and I've heard a few very interesting systems. If you haven't been yet, try to visit next year. The organisers claim record visitor numbers and 25% of the room have already been booked for next year, so it promises to be even better.