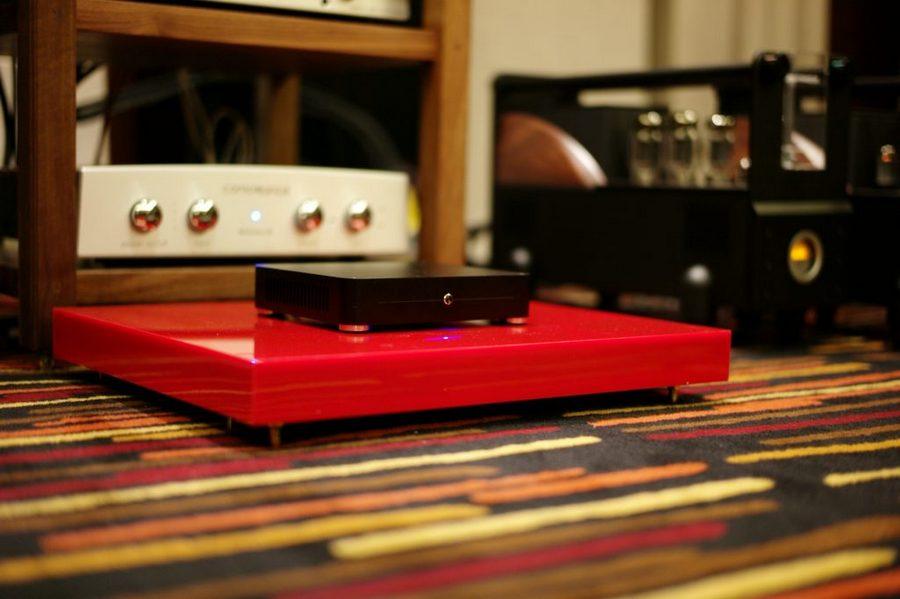 Is this new product from the Fidelizer guy a simple-to-use, reliable, and sensibly-priced high-performance and versatile music file playback option?

Over the past 10 years I have been using various configurations of PC-based audio, beginning with a simple audio output cable, then progressing to various DACs and media player software, and to my current setup comprising JRiver Media Center 21 and Fidelizer Pro running on a Samsung Windows 10 netbook and serving music files to a network-connected Raspberry Pi and Mamboberry DAC+ (see my recent review of the latter). I also use the JRiver media server option to access my HDD-based music library on a SONY VAIO laptop which is connected to my USB DAC. In all cases I use the JRiver Remote app on my iPad to control library searching and playback.

In recent times I have been offered a variety of alternatives, each with a claim of superior sound quality and ease of use. Each one has disappointed due to compatibility, ease-of-use, or PC resource issues. When I heard that a true plug-and-play server was available from someone I knew as the vendor of one of the reliably functional products I use, I jumped at the opportunity for a listening test.

The Nimitra Computer Audio Server comes with quite a pedigree, coming from Keetakawee Punpeng, the creator of the Fidelizer PC audio optimiser software (reviewed by TNT-Audio several times). The Nimitra concept is highly appealing for audiophiles who are not computer geeks. It’s a small silent headless PC with special Fidelizer optimisation and a highly regarded music player, supplied pre-configured for plug-and-play.

Of course, what I wanted to find out is whether it really works simply plug-and-play and how satisfying my music listening would be when using it in my system.

What you get is a neat black box just 225 x 200 x 44 mm, containing a PC running Windows 10 Pro, 4 GB RAM, a 16 GB solid state drive with JPLAY and a special edition of Fidelizer Pro, Asset uPnP software pre-installed, four USB connections, HDMI output, LAN connection, and both bluetooth and wireless, as well as VGA output for a monitor. As Nimitra is a PC, it also has the usual microphone and headphone sockets.

The unit I received on loan was an initial demonstration version and I received some online support in adjusting JPLAY settings and playback device driver installation to match my Styleaudio Carat Peridot USB DAC. I also subsequently ran the Nimitra with an Arche Audio Opus 5 USB DAC without issue.

In operation, the Nimitra is silent and runs very cool, with only a blue light under the front of the unit to show that it is powered up. It starts very quickly and powers down using the on/off button, so a monitor isn’t needed. To get music playing, required only that I connected NImitra to my DAC and attached an external hard drive or USB stick. I installed the Linn Kinsky app on my iPad and searched my lossless music file library for something interesting. That’s all that was necessary to get going. The user guide shows how to connect the Nimitra as a music server, a streamer, or as a network player, and the website provides details of several options that I didn’t explore on this occasion.

In my exploration of digital music playback, which so far has included a PC optimized with Fidelizer, a Raspberry Pi streamer with onboard DAC, and several open source software operating system options as alternatives to Microsoft Windows, this is the best sounding setup, as I expected it would be. The sound quality is crisp, very dynamic, very detailed, and the sound is natural, big and open. Especially impressive is the separation of instruments and voices and the believability of the soundstage image.

I ran the Nimitra in my system for a few weeks and it became clear to me that this unit easily blends in unobtrusively to provide music pleasure that is the best I have heard from a PC. This is a very capable option for PC-based audiophile music listening, where the computer sits quietly in the background and the music is the centre of attention. I asked Keetakawee about the origin of his chosen name Nimitra. He explained that it comes from a Thai traditional song and translates to English as “cherished dream”. I agree, that is just right for the Nimitra computer audio server. Oh, and the answer to my opening question is YES it is! I very much enjoyed the use of this product and returned it somewhat reluctantly, and only because my system is quite heavily invested with two PCs, a network media player, and of course, Fidelizer Pro and JRiver MC21. If I was looking for a high-end start with computer audio, this would become a permanent part of my listening enjoyment.

I thank Keetakawee Punpeng for the extended loan of the Nimitra demonstration unit and for his advice on various aspects of PC-based music playback.