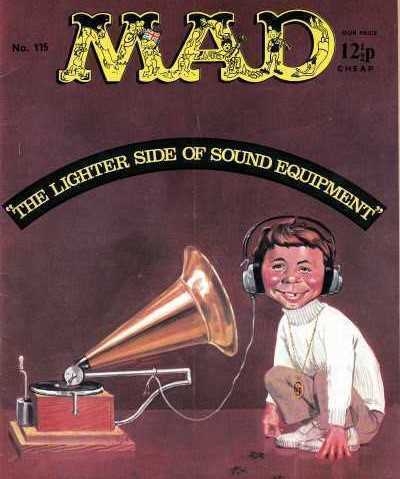 or blessèd relief from the unbearable burden
of reality

On the usual audio discussion boards on the usual social media the usual suspects usually post pretty much the same things most of the time.

The same arguments are repeatedly trotted out with the same increasing levels of vehemence as the thread grows.

Rarely does this look like first hand evidence, far less a critical literature review of other people's published evidence.

The posts on most of the forums look like entrenched positions. Often they read like a position someone was introduced to in their early steps on their hifi and musical journey. This position has subsequently been reinforced by confirmation bias, absorbing those heard and read narratives that reinforce the tenets of that particular belief system. The tabloid press in many countries exploit this human tendency to accept what fits our existing position, to maintain readership among their core demographic, who respond to the advertising on which their business model is built. This is but one example of the collective utility of this tendency to reinforce our established narratives, however inconvenient it might be in stifling progress.

“What has this got to do with hifi & audiophiles?” demand plebs chorus, stage left

Much of what we think we know about audio has a poor evidence base whether among so called objectivists or among committed subjectivists. There is very poor evidence for what it is we think we're hearing when enjoying reproduced music.

A discussion recently, about whether an ethernet connection is better or worse than a wifi connection, for audio quality, became quite heated by contributors arguing from entirely theoretical positions. That the positions had to be entirely theoretical is inevitable because none of the contributors were in the home of the original post writer, suitably equipped with the necessary array of test equipment. There was an aside by one of the calmer souls participating in the discussion, “It's not a religion”

“Aha!” your Old Scribe thought, in a rare lightbulb moment, “This discussion may not be a religion, but it is built on articles of faith”

“The Old Scribe has really lost his marbles now;” chortle plebs chorus, stage left, “Claiming that listening to HiFi has parallels to a religion. He'll be trying to start a cult next based on the ecstatic experience of listening to Drum'n'Bass through valves & vinyl”

Faith and the Audiophile

Here at TNT-audio.com we have many readers of many different religions and faiths, all sharing an interest in Real Stereo. This includes atheism because that too is a belief system that there is no deity, without conclusive proof for this position. Many relions assert that to hold other belief systems amounts to blasphemy, so to adhere to unsubstantiated audio beliefs is not acceptable. In the context of this discussion we are considering dogmatic positions of audio opinion as quasi-religious. In all other matters, “May your God go with you” and “Be in peace”.

Religion (noun) “Human beings' relation to that which they regard as holy, sacred, absolute, spiritual, divine or worthy of special reverence.” Britannica

Audiophilia certainly ticks many of the boxes in those definitions. How about faith?

Strong opinions are generated due to our human struggle to tolerate uncertainty. Only when we can tolerate, let alone be comfortable with, uncertainty, can we be open to new positions. If we can accept that our current position is merely one on a path to new knowledge and new experiences, hopefully we can achieve more fulfilling domestic audio playback. The more audio experiences we have, the more neural pathways we kindle in the audiophile corners of our brains. We learn more about audio and we learn more about listening.

At first our experiences are “Wow! That sounds amazing; I want something like that!”
With experience we begin to learn what it was about that first impactful experience. Soon we add further dimensions of what makes a good experience to us individually. If we were taught music appreciation at school, clapping along in time to rhythms, perhaps playing some percussion instruments in class, we might, when we encounter audio, be more sensitive to rhythm and timing. If we learned flute at school, our neural pathways might be more sensitive to upper register accuracy and irritated by tweeter colouration.

Our previous experiences will have kindled and reinforced neural pathways that will confirm or refute our early experience of sales prattle inviting us to notice the superior “Air around the instruments” or “Tune following” to quote from two of the core tenets of rival audiophile sects. As people get older they tend to embrace religion more and become more intolerant of diverse views; we are an ageing hobby. Whether this is a function of reducing neural plasticity or a psychological sense of less time left alive is not something your Old Scribe has identified in the literature. As people get older they just tend to embrace religion more perhaps in pursuit of some certainties.

An intolerance of uncertainty does lie behind entrenched audiophile positions and prompt a backlash response to anything that might undermine or contradict those positions. Thus mythologies develop and are mutually reinforced by groupthink

Does science help here? Most physiological research into hearing has little to offer the designers of amplifiers, for example, without any other context. Even such research into audibility of distortion is in its infancy because it might seem to offer little to the future of humanity, compared with medical research or low carbon energy production. Such research usually comprises adding some artificially generated distortion to a signal which is described as “clean” signal before the artificial distortion is added. Thinking about the mechanisms of hearing and sound perception, let alone of musical appreciation, this has as only slightly more correlation to the audiophile experience as Kirlian photography offers as evidence for the presence or absence of the spirit world around us.

“What?!?” observe plebs chorus, stage left, “What is the Old Fool on about now? Psychoacoustics as Victorian table tapping”

When most of us consider the research at the large Hadron Collider at Cerne, we accept as a matter of faith that what the scientists and engineers have designed to investigate is being investigated. We expect that the sub atomic particles and phenomena that the detectors they have designed for are actually detecting what they are designed to detect. However, unless our internet search terms are specific to that scientific enquiry, the search results will reveal pages of fanciful theories about the Large hadron Collider acting as a “portal for demons from another dimension” and that this was apparently clearly predicted in a well-known religious text, edited in the middle ages. This is the same parallel universe of ideas that individually looks bonkers (Δ ICD10 R46.1) to us rational audiophiles. Collectively those ideas are dangerous when they proceed to use their demons theory to explain extreme weather instead of blaming climate change and therefore oppose efforts to halt climate change. Fortunately the wilder ideas of Audiophilia Extremis merely result in gluing bits of foil to the door frame, overpaying for mains wire and spending more on audio equipment than recordings and live performances.

ICD11 or DSM6 Audiophilia as Fantasy or Diagnosis

The overvaluing of any set of ideas is a delusional belief system. Bothering to read this drivel might qualify for F48.8 non-psychotic mental disorder, but if you're a regular visitor to these pages, there's a ICD10 code F22 especially for us.
F22 Delusional disorders characterised by the presence of one or more non-bizarre delusions that persists for at least 1 month; the delusion(s) are not due to schizophrenia or a mood disorder, and do not impair psychosocial functions apart from the ramifications of the delusion(s).
That perfectly encapsulates the obsessive audiophile experience.
All mental health diagnoses are social constructs.
While our view of the universe (and reactions to it) reasonably fits with that of those around us, we're deemed not to be bonkers (Δ ICD10 R46.1). ICD10 includes a code Y93D V91.07XD Burn due to water-skis on fire, subsequent encounter - i.e. the second or third time this has happened to the patient, which invites so much speculation on the back story. The pursuit of audio excellence is surely more commonplace. For now Audiophilia Nervosa and Audiophilia Extremis have not appeared in the Old Scribe inbox for consideration for IDC11 but it is only a matter of time before American colleagues wonder if it is billable. Outside of the community of any of the religions, the ideas accepted by their adherents fit ICD10 - F22. It has been suggested (by Anton Ehrenzweig among others) that a core function of religion and art is to permit letting go of the unbearable burden of reality. At least for a day or an hour every week.

If audiophiles fail to get their fix from their audio system, they may develop F41.9 anxiety disorder unspecified. A lack of recent upgrades may lead to F41.8 mixed anxiety and depressive disorder. Many audiophiles suffer from F55, abuse of non-psychoactive substances, especially vinyl. There may well be many audiophiles, who are likely due to musical tastes, also to have F10-F19 codes (symptoms connected with substance abuse), secondary to their F94.8 Disorders of Social Functioning with onset specific to childhood and adolescence. Some might have other symptoms in the F40-F48 cluster. Hopefully audiophilia does not lead to Z63.0 relationship Distress With Spouse or Intimate partner. The point of this obsessive persuit of unobtainable audio perfection is that the audiophilia does stimulate our brains and the music does soothe our souls.

Any idea of perfection in audio reproduction is fantasy that if pursued, like any perfectionism, may lead to obsessive-compulsive behaviours intended to avert the catastrophe of imperfection.