It is not the first time I have reviewed a Naim component from the past. The glorious and legendary Nait of the Eighties has taken a special place in my heart and in my personal list of oldtimers that can sound “modern” and still absolutely entertaining.

The beginnings of Naim Audio date back to 1971, with the release of the NAP 160, a power amp that was quite different from the rest of the competitors. In those days HiFi components, both Japanese and American, were quite complicated, with tons of buttons, switches, features, sliders, VU meters and a pletora of useless controls. Naim started from scratch designing HiFi components that were quite the opposite: essential, with no frills. Even ugly, when compared to the highly polished and luxurious competitors from Japan. Few years later the NAP160 Naim released the NAP 200 (1973-1975), then replaced by the legendary NAP250, one of the power amps that truly deserve a special place in the history of HiFi. In 1974, Naim released the natural partner for these power amps, the NAC12 preamp. This was rather unusual, being totally modular, with six (then seven) boards that could be easily replaced by the owner. For example, the phono boards were available in two versions: NA322 for MM cartridges and NA323 for MC cartridges. Over the years, these boards have been updated and could be retrofitted to older preamps. Moreover, the NAC12, like any other Naim preamp, hadn't an internal power supply. It could be powered via the power amp or an external PSU, like the SNAPS. DIN connectors were used throughout, in place of the ubiquitous RCAs. Cabinets were made out of aluminium bolted panels in the first series, then made of a single, extruded piece later.

In 1978 Naim released the NAP120, a rare bird in Naim history, because it was almost immediately replaced by the NAP110, in 1979. It was different from the other Naim power amps: the cabinet was a small cuboid, with external heatsinks in the rear. It was designed to serve as power unit for an active loudspeaker that remained unreleased. The power switch was in the rear panel, hence the front panel was completely void of controls, not even a “power on” led (this was in the rear). For loudspeaker connection four recessed banana sockets were available, no bare wire or forks allowed. A feature that was common with other Naim power amps was the fact that the circuits could be extracted from the cabinet, by sliding out a tray from the extrusion.

This power amp is quite difficult to find, even because anyone owns a NAP120 rarely sells it. According to seasoned Naimophiles, its sound was/is extremely good, despite the unoffensive looks, size and weight. And it sounded better than the NAP110 that replaced it.

The NAC12 and NAP120 I own display a three digit serial number, this means they have been manufactured in the early days of Naim, perhaps by Julian Vereker himself. At the time Naim was mostly a one-man band, and Julian was just 33 years old.

The technical features of the NAP120 were minimal. First of all, the power output: as per Naim tradition, the number after the prefix NAP indicates the total power output into 4 ohms, in this case 120 = 60+60 watts. This means this amplifier delivers 40 watts per channel on a standard 8 ohm load, more or less. This power is generated by two pairs of BDY55/BDY56 transistors. The NAP120 is rather small, measuring just 20.5 x 23.5 x 10 cm while its weight is 4 kgs. The NAC12 is even smaller, measuring 14.4(W) x 7.6(H) x 30(D) cm with a minimal weight of 1.2 kg. The lack of an internal power supply and the aluminium cabinet help trimming the weight down. The power supply had to be external to minimize noise and interferences. A rather radical choice, for the time. 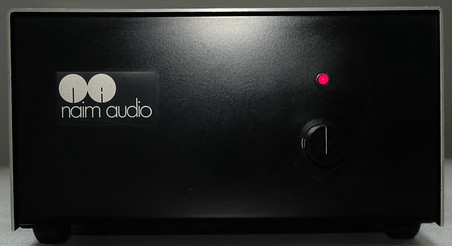 Before being replaced by the more traditional NAP110, the NAP120 had been slightly modified. The power on switch had been moved to the front panel, via a rotative knob, and the rear panel had been modified as well, with nicely spaced banana sockets. Inside, the boards had been mounted horizontally (and not vertically) while the power transformer had been replaced by a toroidal unit, as per Naim tradition, again. This second release of the NAP120 is even more difficult to find.

Before trying to judge these components, considering their age (42 years!) I have sent them to Avondale Audio, a British company, managed by a real gentleman, Mr. Les Wolstenholme, quite a name among Naimophiles, because he devoted his entire life to servicing and upgrading Naim gear, plus designing and building his own components. This is not the first time we have reviewed something that has been modified by Avondale Audio. Few years ago we reviewed the Arcam Alpha 5 CD player, after his mods.

The NAP120 has been simply recapped, with BHC Aerovox 10.000uF/40V caps in the PSU section, hence it is like a 100% original Naim product. The NAC12 has been slightly modified by replacing two 321 line amplification boards with the Avondale 821 boards, a new blue ALPS volume pot, a new input selector (added a line level input as well) new internal wiring and soldering. Moreover, the balance control has been disconnected and the old knobs have been replaced. The Avondale 821 boards cure the excessive gain problem of the original Naim boards, so that you can use a much larger travel of the volume pot, even using CD players or other high output devices. Finally, since I had no SNAPS handy, Avondale supplied their MSX PSU. I also used a Russ Andrews PowerPak III as well.
I've used various types of DIN cables, Flashback Sales (see our review of these), Naim and Kimber Cable. The phono boards have been removed, an old trick of Naimophiles who don't use an analog source, and need the best sound from the line level inputs. 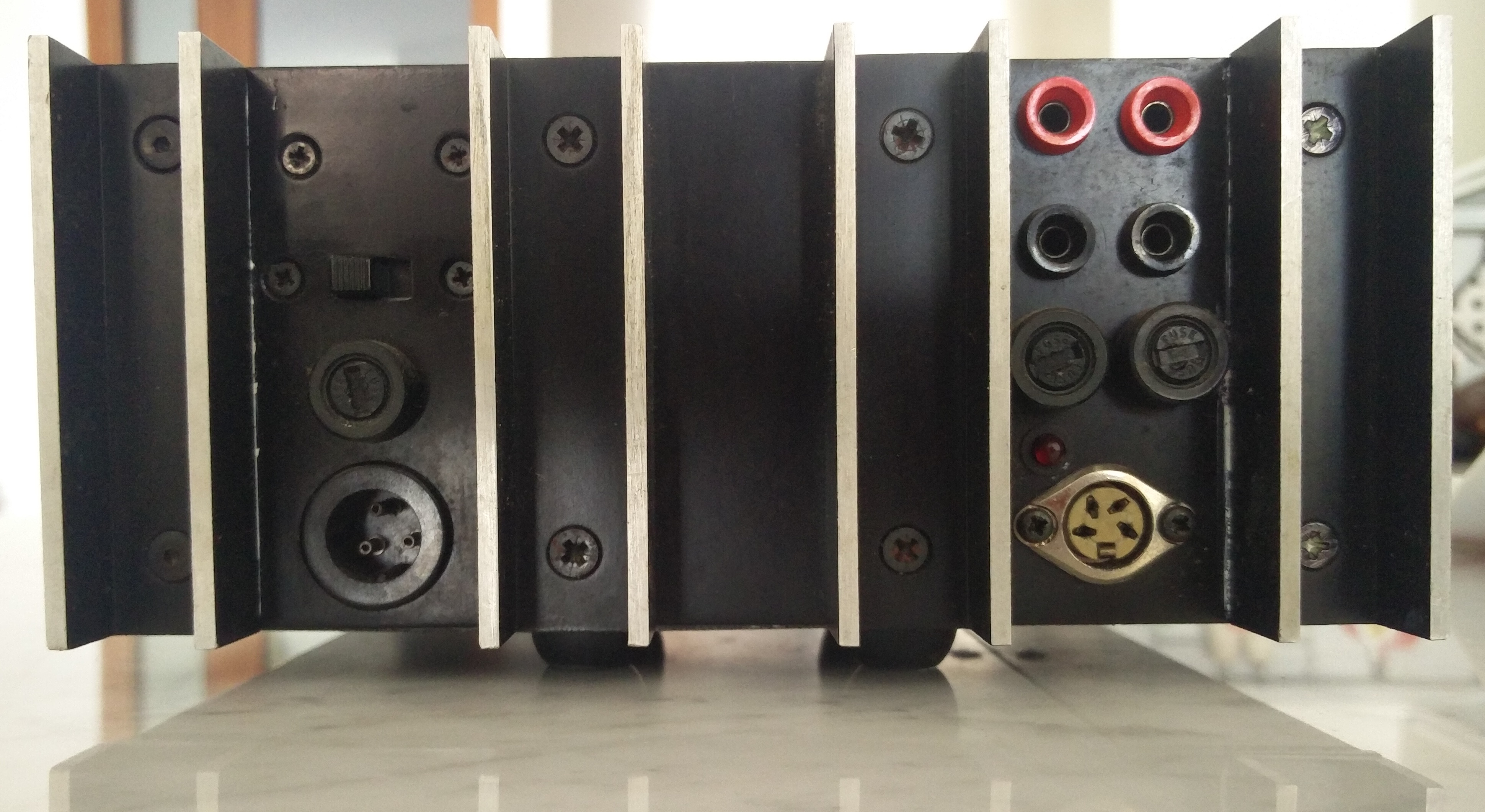 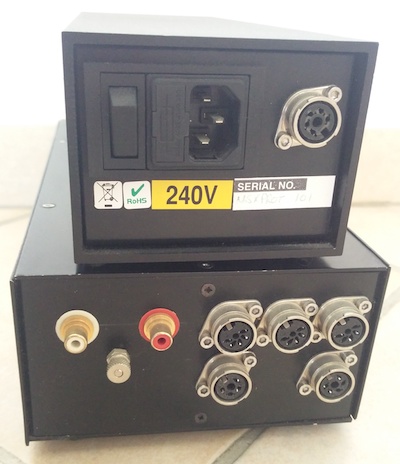 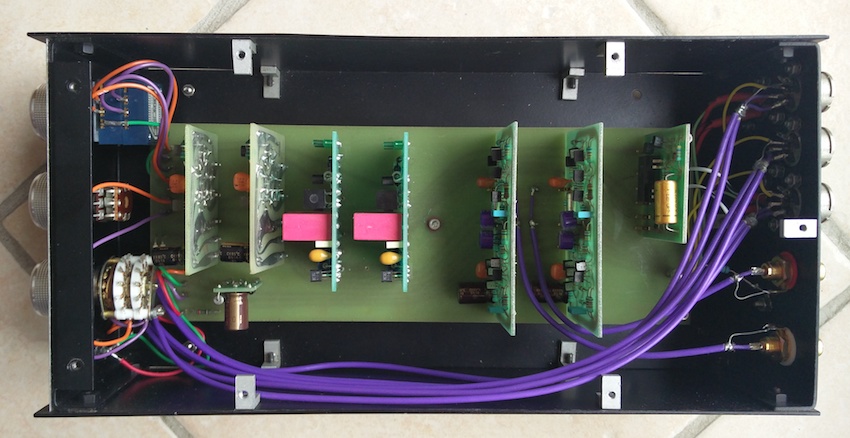 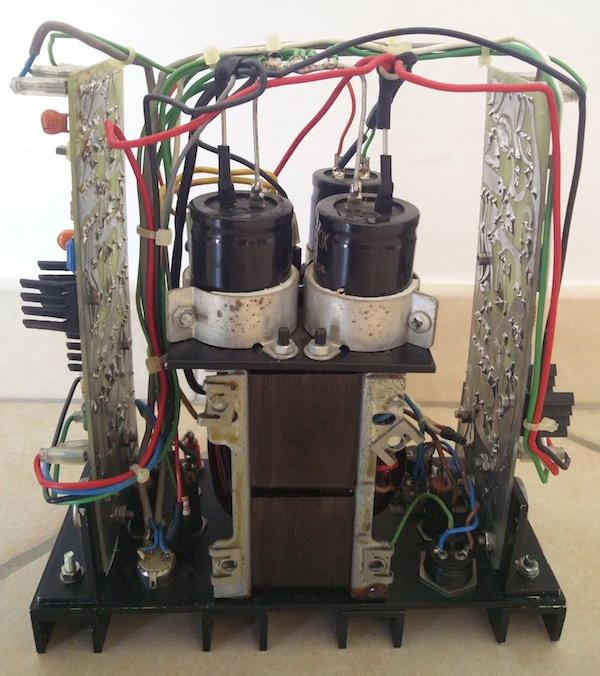 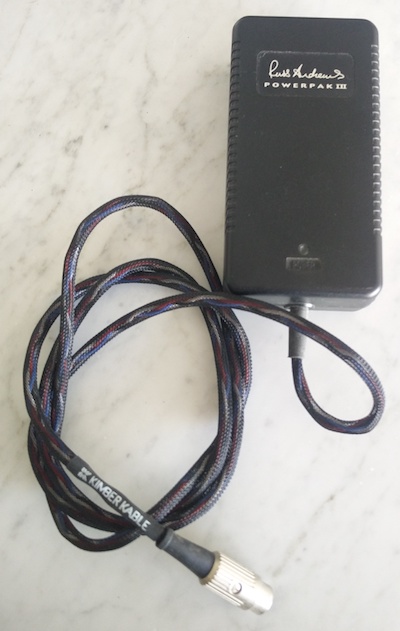 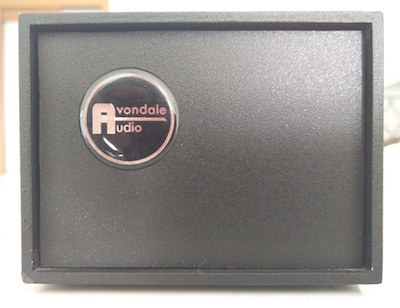 I've always been a kind of Naimophile, having owned many Naim components over the years. Among others, a first series Nait, which is still here with me, and a couple of chrome bumper series NAP250, some of the power amps that I've loved most.

Having in mind the typical sound of HiFi components from the Seventies, it is hard to believe this preamp & power amp combo belongs to the same era. The sound, typically Naim, is incredibly modern: tight, rhythmic, dynamic, fast. The music breathes with an incredible sense of realism and, guess what, you get PRaT (Pace, Rhythm and Timing) in spades, exactly like you'd expect from Naim amplification. Of course, the NAP120 is no NAP250, but - following Naim tradition - those 40 watts per channel seem much, much more than that. The ability to drive even complex loads is stunning.

The tonal balance is mostly neutral, with a quite open and lucid mid-high range, and a vigorous bass. Frequency response extension is slightly (I mean, slightly!) limited at both ends of the spectrum, and especially the first octave lacks the energy of the rest of the bass range. To hear this, you need to use loudspeakers that can reproduce the first octave without attenuation (not an easy task, believe me). Moreover, there's control and articulation, even when playing complex tracks.

Voices are crystal clear, with a quite strong presence effect that might be even excessive on some recording. The same effect can be heard on strings, as well. The mid-bass area, especially when reproducing male voices, appears a bit ligther than it should be. Female voices are clean, well extended and natural.

Despite the Flat Earth philosophy this pair can create a reasonable 3D soundstage as well. Perhaps not as wide and deep as one might wish, but it certainly is stable and precise. Quite a surprise, I'd say.

Of course, if you compare this combo with modern top-end electronics the match is unfair, but it is surprising how entertaining this preamp and power amp can be. I admit I could easily live with these components in my system. They just make music. I'm sure nobody, in a blind test, will understand these are 40 year old components. Oh yes, they have been recapped (the power amp) and slightly modified (the preamp) but they are mostly identical to what they were 40 years ago.
For this reason, it is surprising they let you easily detect differences between cables and power supplies. More precisely, before you ask, the Avondale MSX PSU sounds better than the Russ Andrews one: the sound is smoother, more natural and transparent. It's even slightly bigger.

The advice is that any Naim component should sound better if left permanently on. I think this is excessive, 10 minutes of burn in are necessary, though. Old Naim power amps need NACA speaker cables (or similar) to remain stable on complex loads. Or so they say. Frankly, I've used even highly capacitive speaker cables without troubles.
If you don't use a turntable, remove the phono boards, as the sound improves, and not by a small margin. It becomes more transparent and precise. Finally, place the external PSU as far as you can from the preamp and power amp.

These components are quite rare nowadays. If possible, try to choose recently recapped units, as electrolytic caps tend to dry, after 40 years or so. If you use a turntable, plan to install the most recent releases of the NA322 phono boards (/3 or /4).
As for prices, it is difficult to give you a precise idea of what to expect. I've seen a NAC12+SNAPS+NAP160 combo advertised at 1500€, a NAC12+SNAPS pair for 900€. Then a NAC22+NAP120 pair for 1100€ and a NAP120 alone for 600€. Generally, it is difficult to find a NAC12+NAP120 (or NAP160) pair for less than 1000€. A first series NAP250 (chrome bumper) is hard to find for less than 1000€. Yes, these prices are very high, considering the age, but these components are almost legendary (among Naimophiles) and they still sound extremely good. The best place to start your search is the UK, of course. It is like searching for British, old, sports cars, with a difference: old Naim components are similarly entertaining, but they do not collapse so often ;-)

For a price estimate on service and upgrades by Avondale Audio, please contact them directly.

I was extremely curious to test these components. After 40 years, many things have changed, but good gear can still sound nicely, even by today's standards. And a small amount of tweaking/modding can give them new life, for the years to come. I'm no big fan of Seventies amplifiers, they generally sound dull, lifeless, slow and boring (with notable exceptions, though). This Naim pair sounds the opposite: entertaining, punchy, fast, lively, even spectacular with rock. They were already good, the Avondale Audio service and mods just made them better! This is exactly the vintage gear we love.