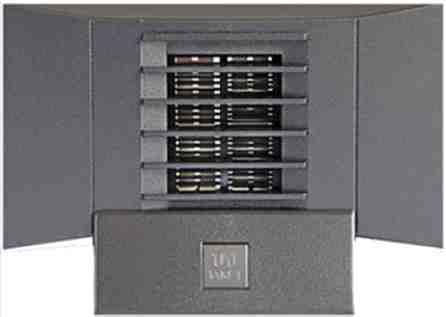 An unnecessary complication or a must?

Tweeters are, to some, an unnecessary complication and to others a must. I belong in the latter camp and have strive to understand why they should work. It is almost counterintuitive that something that operates at frequencies above our hearing limits can affect the sound of our speakers all the way down to really deep bass. My understanding is that it all comes down to harmonic down mixing.

Modern speaker systems tend toward complexity and retreat from the simple single driver systems of the past. In an effort to cover the audible range seamlessly more drive units are added with corresponding frequency responses. Some designs use multiples of drivers in array, some use two or more units to cover the low, mid and treble bands. The ultimate driver in the frequency range (going up) is the super tweeter.

Several of the Audio Press have tried to reason out why a speaker, with a range in the supersonic, should add “something” and if the super tweeter is removed there is a sense of “loss”. I have spoken to amplifier designers, people who design and build ribbon drivers and many musicians not to mention various practitioners of the High End. None of them had anything approaching a coherent reason as to why the super tweeter adds to the flavor of reproduced music.

To add to the confusion the CD format stops dead at 20 kHz and those of us old enough to be able to afford and experiment with audio have ears that are mostly degraded in the range 12 kHz upwards. An example springs to mind of a chap who had destroyed his hearing above 10 kHz through years of hunting with a high powered rifle but even he was able to detect the removal of the super tweeter from his system. As part of my interest in music, I own a large collection of Pipe Organ recordings and therefore the need to reproduce their sound. Along the line I took the ultimate step of acquiring an organ (over 2,550 pipes) and with it came acquaintance with a number of organ builders. While my organ was being installed, various of my hifi buddies came to look at my latest excess and, as usual when audiophiles get together, they ignore the world around (even if the immediate world contains a metal and wood monument) and talk about audio, this to the amazement of the organ builder who regarded us as a bit odd, to say the least.

When we got to the subject of super tweeters, and why they should work even though we can't hear most of their output, a somewhat bored and by now condescending organ builder asked (in Dutch) if we had not heard of harmonics. Eventually the penny dropped. Harmonics go both up and down and sounds interact with other sounds to form more harmonics both up and down the scale, growing softer at each (re)iteration.

A simple demonstration of a “cheat” used by organ builders over hundreds of years was enough to convince me that this is why super tweeters work and just maybe another reason why LPs always sound better than CDs. Understand that the example is just one of the effects that happen all the time at varying frequencies and volume levels when we listen to music or anything else.

In an organ the pitch of a note is given as a length in feet. A 16' pitch equates to a fundamental tone of around 32 Hz. The cheat comes here. As an organ pipe 32' long is very expensive, both in material and in air supply, organ builders pull a fast one and make a “quint”. If a note is played and simultaneously a note a 5th above, a strong harmonic of about half volume is developed an octave lower. Over the years organ builders have refined this into something that is fitted to most organs of any size. A couple of good examples of this are the organs in the Royal Albert Hall and Liverpool (Anglican) Cathedral. Both organs have a 64' Gravissima or Resultant stop. This resultant tone of 8 Hz (bottom C) is achieved by playing a 32' combined with a 21 2/3' stop or a 5th above. This effect applies to any and all notes that are sounded together, hence the harmonic richness of organs and the resultant tones react with other tones and fundamentals in a diminishing loudness, both up and down the spectrum.

This effect, or lack of it, can be easily heard in the Wurlitzer Unit organ, where pipes are duplexed or shared. To put that another way, a Theater Organ is harmonically impoverished as compared to a normal straight organ as found in cathedrals, churches and concert halls. But to get back to our simple quint: in a super tweeter a tone is reproduced that is beyond our hearing and that tone mixes and forms lower harmonics that we can hear. Without the super tweeter to reproduce the supersonic tones, no lower harmonic can be formed. The sound of any instrument is rich in harmonics and all of those harmonics, up and down the frequency spectrum, react with any and all of the other tones also up and down. This effect also explains why some people often hear an improvement in the lower frequencies.

A pdf file here is from the Taket website and here, where there are some details of construction and operation, plus other offerings from Taket. 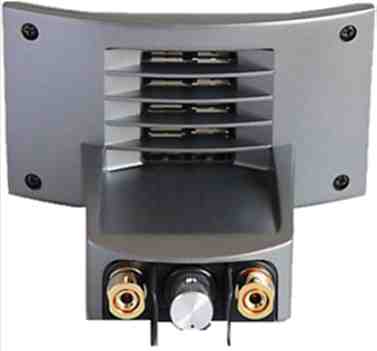 I use this on my big system the Altec A7 Clones described here, part 1 & 2 following plus here which details the treble modifications subsequent to the original article, with the addition of a Beyma slot tweeter brought in above 14 kHz. The BatPro 2's are in addition to the rest! The last sentence is for those who have not read those articles should they be interested.

My first pair of BatPro 2's were hijacked before I received them as they were delivered to a friend with instructions from me for him to try them. Then I had another wait while another set was imported. When the second set arrived, all was ready to do a quick connect, wires already waiting, on top of the A7 Clones some 2.5 high. As these units are what I call “Faith Based” (you can't hear them, you have to believe they are working), I had another audio type with me for listening. The addition, or indeed subtraction, of the BatPro's was immediately and definitely noticeable. With them connected there was a sharpening up of what I call the leading edge of instruments, which equates to an increase in definition/clarity. This effect is noticeable all the way down to the subterranium rumble of 32" flue bass organ at 16 Hz. They have now been in my system for over 8 months and subsequent tests with other people in attendance have brought similar results - they add positively to the sound as mentioned.

Being a confirmed nut case with speakers, I tried them on other speakers with the same results. In the past I have had high efficiency ribbon super tweeters and they did the same thing. It is not possible for me to judge the quality difference between BatPro and ribbons or other super tweeters, as my hearing doesn't work up there, but they do as advertised and add quality and tone to the perceived sound.

Below are some links about sound above normal hearing: